The Daily Nexus
News
Pesticide Found in SB Creeks
February 12, 2015 at 4:59 am by Erin Gurewitz 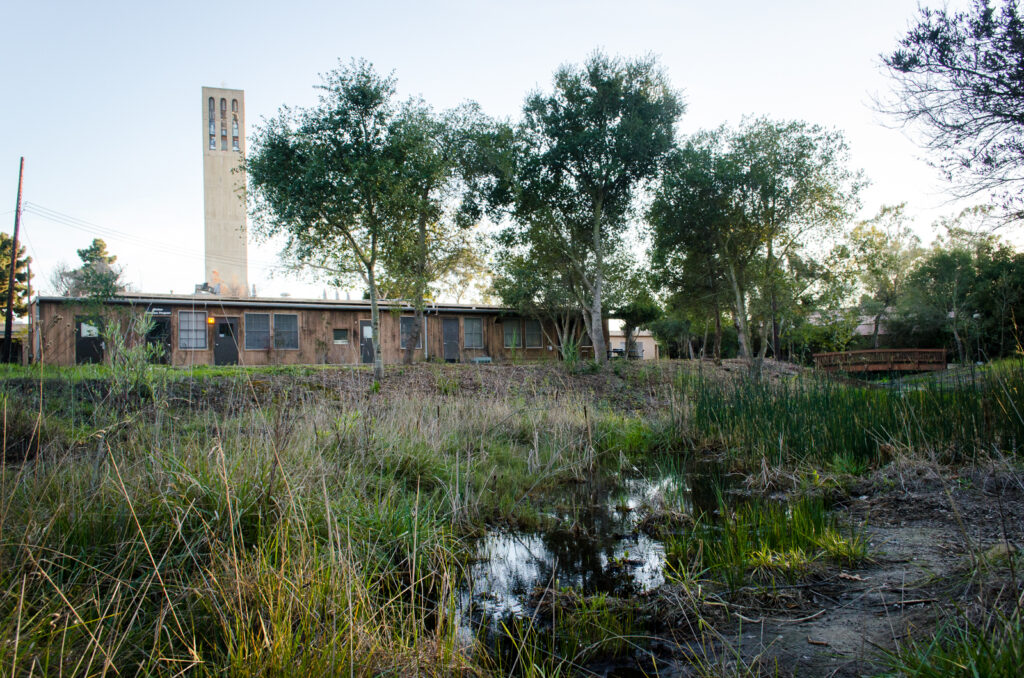 After recent storms and several tests, the Santa Barbara Creeks Division has found an insecticide in all four of their Santa Barbara sites, which include Arroyo Burro, Mission, Laguna and Sycamore Creek.

The Santa Barbara Creeks Division is a governmental organization whose mission is to improve the quality of creek and ocean water. Their water sample testing recently confirmed that there is imidacloprid, a neonicotinoid insecticide known to harm honeybee populations, in all four creeks.

Creeks’ Water Quality Research Coordinator Jill Murray said it is uncommon to find the same insecticide in all four creeks.

“We don’t usually find the same pesticide in all of our creeks at once which to me means there’s a lot of this pesticide out there, in the environment,” Murray said.

Murray said that while the harm imidacloprid poses on bee populations is already known, recent tests provide new information about other effects the insecticide might have on the environment.

“It’s a pesticide that is already known to be problematic to bees; that is not recent news,” Murray said. “But what is recent news is that it’s being found that it’s having effect on the food chain or the ecosystems at really low concentrations, much lower than were determined in typical standard laboratory toxicity tests.”

Bee Conscious President and fourth-year anthropology major Greg Ryan said the presence of insecticides in nearby creeks are harmful not only to local bee populations but also to the lives of individuals in Santa Barbara.

“The continued usage of such chemicals could irreparably damage bee populations, threatening human lives as well,” Ryan said. “We rely so heavily on bees to pollinate our food crops, it would be economically, environmentally and socially devastating to lose these amazing creatures.”

According to Murray, one of her biggest concerns is that imidacloprid has been found in water run-off from residential use by means of garden and pest control products such as flea and tick treatments.

Murray said imidacloprid should be labeled as a poison rather than a pesticide due to its adverse effects on the environment.

According to Assistant Agricultural Commissioner for Santa Barbara County Rudy Martel, imidacloprid is a commonly-used pesticide often used in agriculture to combat Asian Citrus Psyllids when they infect citrus trees, a phenomenon which has had a largely negative impact on Santa Barbara citrus trees and the citrus industry.

“It would be a big shame if we lost citrus in this state … California is the biggest … ag-producing state and we need to keep it healthy and save it,” Martel said. “Citrus is one of the commodities that we need to save.”

AB 1789, a bill by Assemblymember Das Williams to reevaluate the four neonicotinoids, — including imidacloprid, with an analysis of their effects on pollinator health — was approved by Governor Jerry Brown last year. A determination on the reevaluation of neonicotinoids is to be issued by July 1, 2018.

“AB 1789, a bill by Assemblymember Das Williams to reevaluate the four neonicotinoids, — including imidacloprid, with an analysis of their effects on pollinator health — was approved by Governor Jerry Brown last year. A determination on the reevaluation of neonicotinoids is to be issued by July 1, 2018.”
2018 is when the US EPA will release its findings, which tells me that there will be no analysis, just another distraction so the pesticide industry can continue to rape and pillage!