The Daily Nexus
Sports
Clock Ticking for UCSB With Eight Games Left
February 12, 2015 at 5:06 am by Michael Jorgenson 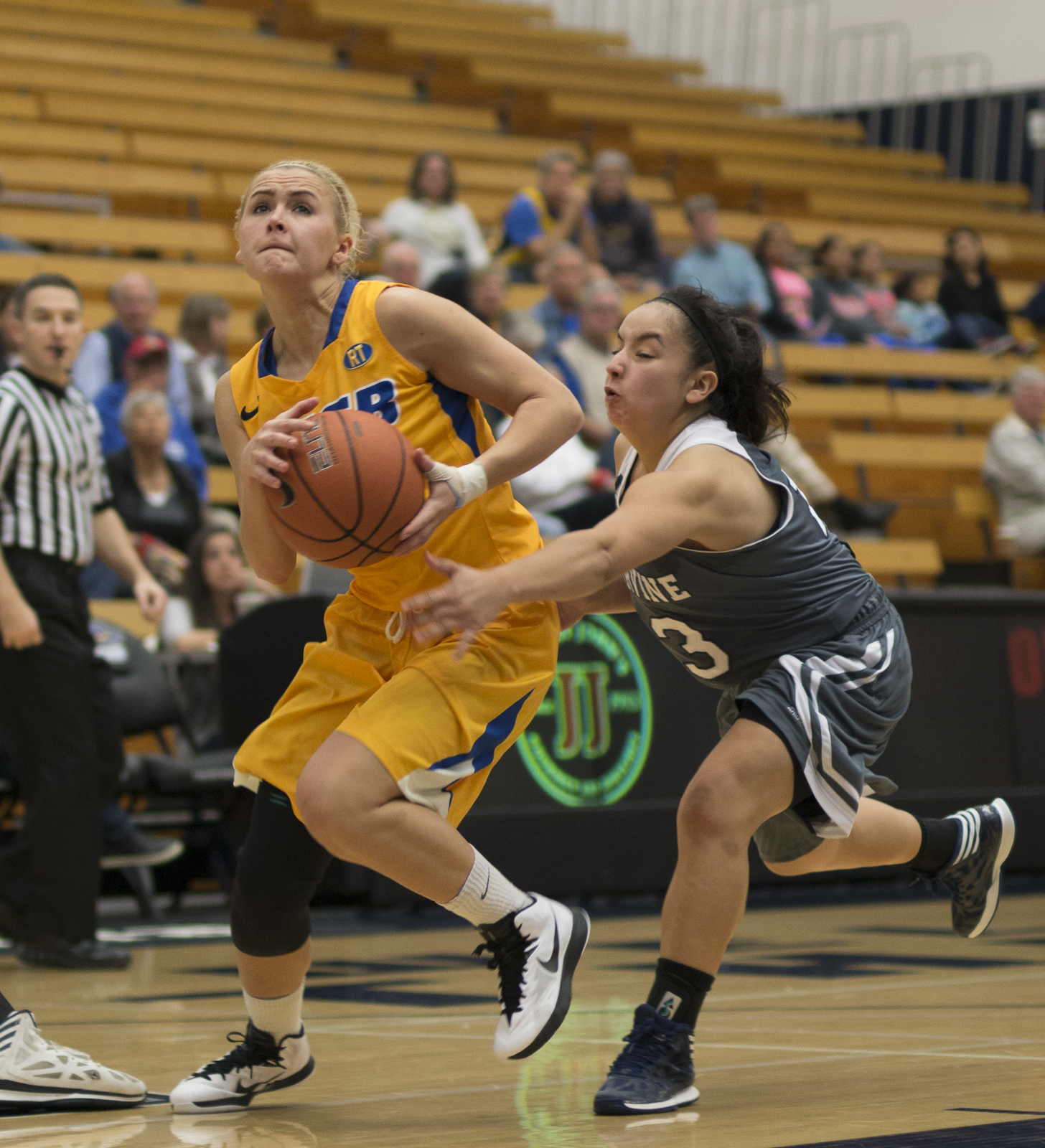 With just eight games remaining in the year, the clock is ticking for the UCSB women’s basketball team.

Now past the midpoint of their conference schedule, the Gauchos head to Long Beach State tonight still looking to pick up their first win of the season.

The mightily struggling Santa Barbara team, which has not won an NCAA game in nearly a full calendar year, is 0-21 overall this season and 0-8 in the Big West. It will be a crucial game for the 49ers who will be looking to separate themselves from the pack. They own the conference’s best overall record at 19-4, but are currently one game behind Big West-leading Hawaii and are sitting in a four-way tie for second place.

“Our mentality’s still the same,” Head Coach Carlene Mitchell said. “They know we’ve got the elements in place, we’re still playing hard. I think once we get our first win, anything can happen after that.”

One of the biggest issues for the Gauchos this year has been their inability to clean up on the glass, resulting in their conference-worst -9.3 rebounding margin. This margin could potentially get even worse going up against Long Beach’s Devin Hudson, who is first in the Big West with an average of 3.1 offensive rebounds per contest. The junior center is also third in shooting, knocking down 50.3 percent of her shots.

“[Rebounding] has been a huge issue for us,” Mitchell said. “It’s a knack or a passion and our players know that they need to get on the boards, blocking out on the defensive end and getting us second and third opportunities on offense.”

Defensively, the 49ers’ backcourt of junior Chantel Dooley and sophomore Anna Kim could cause problems for UCSB’s sophomore point guard Onome Jemerigbe, who leads the conference with 3.4 turnovers per game. Dooley and Kim are third and fifth in the conference in steals with averages of 1.8 and 1.7 steals a game, respectively.

“We’ve got to take good shots, rebound and attack the boards,” freshman small forward Taylor Farris said. “If we can get steals and transition points that’ll be great for us.”

Although Jemerigbe is leading the conference in turnovers, this can be attributed to her team’s high reliance on her to handle the ball rather than carelessness. With team-high averages of 8.8 points and four assists per game, Jemerigbe has been her team’s leader on the offensive end all season.

“We just have to focus on making our easy shots because they’re not going to give us a lot of open looks,” Mitchell said. “We need to make sure we get easy opportunities in transition and finish our rebound put-backs around the basket.”

Offensively, UCSB has had its problems scoring the ball all year, resulting in its Big West-worst average of 48.3 points per game as a team. The Gauchos will likely have a hard time keeping up with a prolific and balanced offensive team in Long Beach, which is third in the conference in scoring at 69.2 points per game despite its leading scorer, sophomore guard Raven Benton, averaging just 11.6 points per game.

“We know they’re really deep. They’re a high offensive-powered team,” Mitchell said. “We’ve got to limit them to one shot. The last time we met them the thing that hurt us was our transition defense, finding shooters and getting matched up.”

Making matters even more difficult for UCSB is Long Beach’s stellar defense, which sits in second place in the conference allowing just 60.7 points per game to opponents. The Gauchos’ defense, although it has stepped up at times, finds itself in last place in both opponent field goal and three-point percentage.

Freshman small forward Chaya Durr will be out for another game due to injury.

The last time these two teams played, the 49ers dominated UCSB in Santa Barbara by a final of 81-44.

Tip-off between UCSB and Long Beach State is set for 7:00 p.m. tonight at Walter Pyramid.

A version of this article appeared on page 9 of February 12, 2015’s print edition of the Daily Nexus.

Michael Jorgenson is the sports editor for the Daily Nexus.