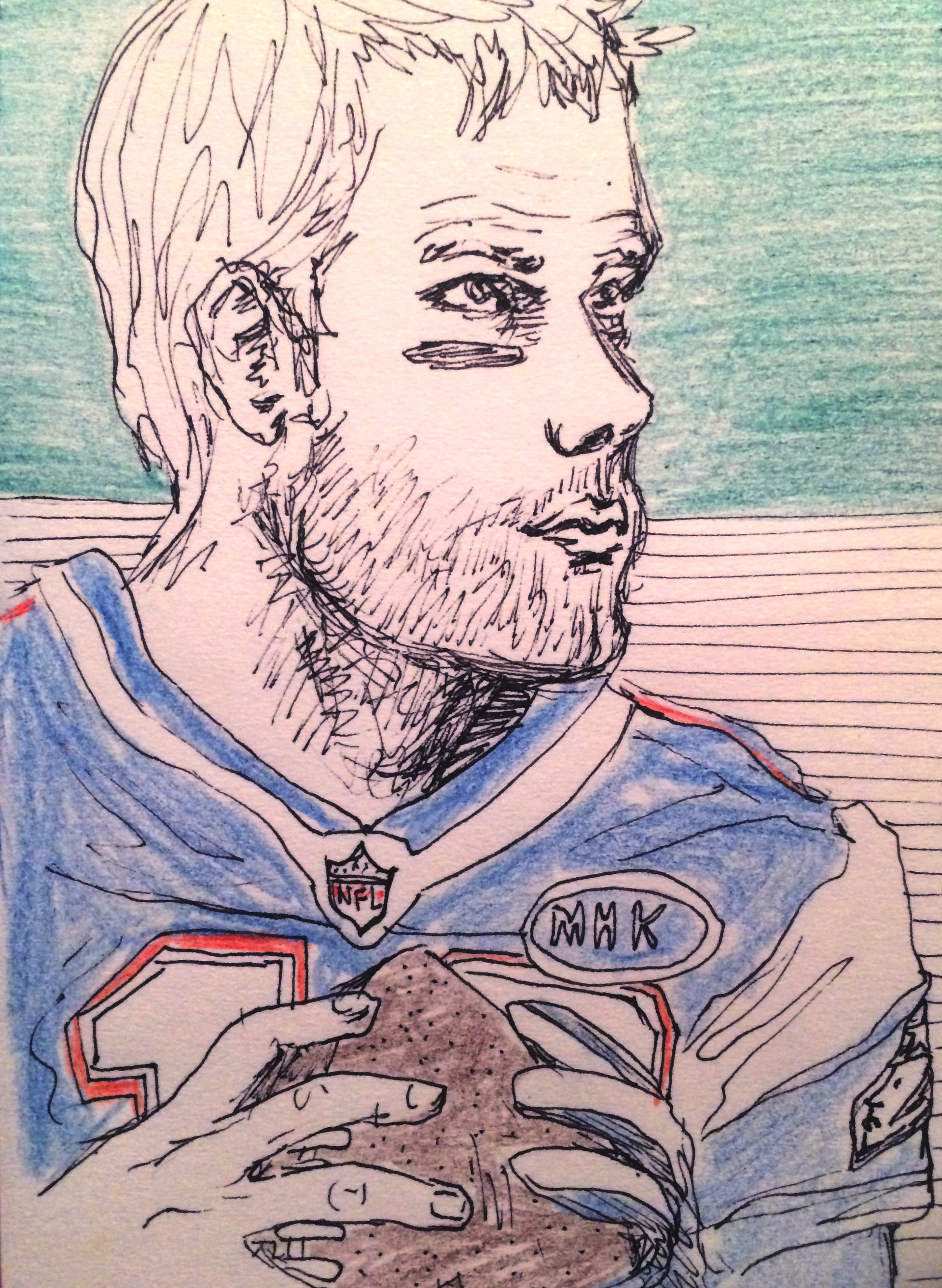 Brady, a native of San Mateo, California, grew up watching Montana as he led the San Francisco 49ers to four Super Bowl victories. Last week Brady won his fourth championship ring in his record sixth Super Bowl. He played a great game and deserved the MVP trophy with his Super Bowl record 37 completions on 50 attempts for 328 yards, four touchdowns and two interceptions. Yes, things may have gone differently if the Seattle Seahawks hadn’t thrown the ball into Malcolm Butler’s arms on the one-yard line, but that’s beside the point.

Brady’s other MVP trophies were given to him more along the lines of the reason that the NFL didn’t have any other good choices of players to give the trophy to. Kicker Adam Vinatieri put the Patriots ahead in both games on last-minute field goals, and other players could have been chosen for the MVP in both games.

In Super Bowl XXXVI, Brady threw 16 completions on 27 attempts with one touchdown. His team won 20-17 with other points coming from field goals and a 47-yard pick six by cornerback Ty Law. Really, no one player stood out in this game.

In Super Bowl XXXVII Brady did play an excellent game with a 100.5 quarterback rating with 32 completions on 48 passes and three touchdowns to one interception. However, no one would have been surprised if Deion Branch had been picked as Super Bowl MVP after his superb performance with 10 receptions for 148 yards and one touchdown.

Joe Montana has the highest passer rating in Super Bowl history at 127.8. He won all four Super Bowls, he threw 122 passes without throwing an interception in his four Super Bowl appearances. He holds the postseason record for games with a passer rating of over 100 (12) and is second in career postseason touchdown passes (45), passing yards (5,772) and games with over 300 passing yards (six, tied with Kurt Warner).

Montana is also the most clutch performer in NFL history, Must I remind you of the 1981 playoffs where Montana’s game-winning touchdown passes in the NFC Championship game and Super Bowl XXIII? The first play is simply known as “The Catch,” and in the Super Bowl he led his team to victory with a 92-yard drive with only 36 seconds left on the game clock. “Cool Joe” knew how to get his team the victory, and he is the NFL leader in career come-from-behind victories in the fourth quarter with 31.

Montana was the definite MVP choice each of his three times he won the trophy. In Super Bowl XXIII he had the last minute drive, and then in Super Bowl XIX and XXIV he led his teams to blow out victories, winning by 22 and 45 points, respectively.

Brady has broken some of Montana’s postseason and Super Bowl records and will be remembered as one of the greatest postseason quarterbacks of all-time. But he also played in more postseason games to pass those records. The Patriots of the 2000’s were the most dominant dynasty since Montana’s 49ers in the late 1980’s, yet Brady’s Pats lost two Super Bowls while Montana’s Niners won all four of theirs. Brady’s win last weekend cements his place in the NFL Hall of Fame, but he is not the greatest quarterback of all-time or of Super Bowl history.

Brady will NEVER be a Joe Montana. Brady is a lot of bluster… Montana never was and Montana had no questions about his wins. Brady will always have that over his head.

Brady has never been anything but classy on and off the field. Do you really think Montana and the 49ners could have beaten the Bears 46 D under Buddy Ryan? The Bears of that era were the prototype of modern defenses with multiple looks and disguises. Nothing like the defenses in Montana’s days which were much easier to read. Also, while Montana has won all of his Superbowls, he was also one and done three consecutive seasons, four times total. Brady has excelled in the playoffs, that is why he has gone to 6 Superbowls. So in a way you… Read more »

Well lets see…Joe went to four, Brady to six, losing two narrowly by circus catches in the last moments. Joe did it with an all star team chock full of hall of famers, no free agency and easily circumvented salary cap and against relatively simple defenses. Brady did it with a bunch of 6th and 7th round picks and undrafted free agents. None of the Pats that have gone to other teams performed very well, except Welker. But Welker didn’t do much in Miami or San Diego. Brady does it against modern defenses. Brady has a lead in winning percentage… Read more »

Brady would have won 6 super bowls with those 49er teams. And let’s not say the 49er were the lone dynasty team up until the Patriots current reign. The Cowboys teams would have something to say about that. You give Tom Brady Rice, Taylor, Craig and Jones, along with that defense and he would have won 6 all day. Nothing against Montana, but those two super bowl blowouts were against incredibly weak teams. No way Montana could have done what Brady did in those close super bowls.

In the Superbowl Montana is certainly unequaled.
He is not the leader in come from behind 4th quarter wins however, as the article states. He is actually 5th. Brady has 35…

To the person saying Montana would never have beaten the Bears 46 defense…He did in The NFC championship game, the year before the Bears won that one Superbowl. They were the same era.

Check your facts before posting.

eight time Pro-Bowl selection, led the 49ers to four Super Bowl wins, and was inducted into the Pro Football Hall of Fame in 2000. Brady’s Pats lost two Super Bowls while Montana’s Niners won all four of theirs. Here is what Montana’s peers had to say about him, after the niners. He was the NFL’s hero, not just his own team’s.

I respect Joe Montana and what he accomplished but seeing how Brady is alble to win each year with a different group of guys and the adversity he has overcome I say he’s the best. No one cam match his passion for the game. He helped lead his team to 6 Super Bowls, that’s unprecedent especially in this age with the salry cap. Also Brady is tied with Montana in SB wins and SB MVPs but Brady has more impressive postseason numbers.