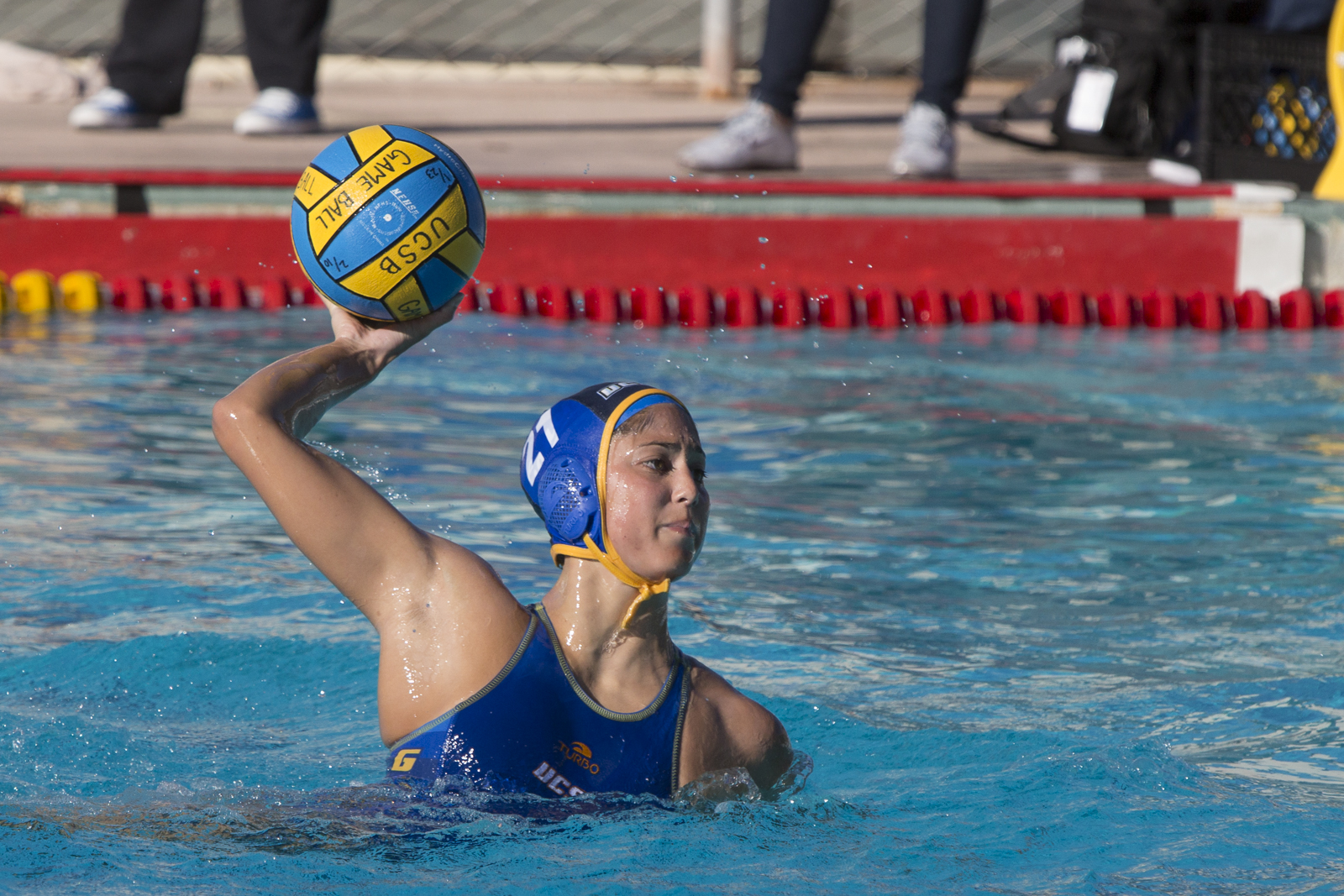 The No. 18 UCSB women’s water polo team ended the Triton Invitational with a 2-2 record, displaying some inconsistencies in the pool.

The team is now 6-6 overall on the season after this past weekend.

The Gauchos began tournament play with a captivating match against No. 13 San Diego State. A game that seemed destined for another overtime showdown between the two teams resulted in a heartbreaking 6-5 loss for Santa Barbara. After a poor first half performance, it was certain that the Aztecs, now 3-2 overall, were on their way to a blowout win as SDSU held UCSB scoreless in the first half and went into halftime with a 4-0 lead.

But a goal by senior utility Jade Wentz Fitzgerald with 3:39 left in the third period sparked UCSB’s comeback in the second half. The Gauchos went on a 4-0 run until sophomore utility Caroline Israels goal in the fourth period gave the Aztecs a 5-4 lead.

Freshman utility Camila Schafer led the Gauchos in scoring with two goals. Her game-tying goal late in the fourth period knotted the score 5-5. However, with just 38 seconds left in the fourth period, senior driver Anique Hermann clinched the Aztecs victory with a game-winning goal.

“Our biggest problem was that we let them get ahead too early,” sophomore attacker Taylor Shore said. “Once we got behind we had to play catch up, so I think it was easier for them to keep the momentum going.”

Although UCSB fought its way back into the game, the Gauchos’ struggles against ranked teams continue. UCSB’s inability to secure its lead against ranked programs has cost them this season.

Santa Barbara’s lack of defense in its first game was excused by its impressive 12-2 victory over Sonoma State (1-9) later that evening. Prior to facing Santa Barbara, the Seawolves were pummeled by No. 5 Arizona State, 16-2. Their struggles continued against UCSB’s aggressive offensive attack.

UCSB shut out Sonoma State in three of four periods, despite allowing two goals in the third to the Seawolves sophomore utility Carleigh Robinson. Santa Barbara’s consistency on the defensive end created many scoring opportunities.

Unlike the game against San Diego State, UCSB set the tone of the game from its first whistle. The Gauchos scored a total of seven goals in the first half, while scoring the other five in the second. Sophomore attacker Shore had a game-high three goals. Each goal occurred in the second half and helped lock away the win for UCSB.

After splitting two games Saturday, Santa Barbara faced Santa Clara Sunday. Down 4-3 at halftime, the Broncos (4-2) were able to stick around in the first half. But Santa Clara’s defense was no match for the Gauchos’ offense in the second half.

Against No. 17 Michigan in the final game of the invitational for the Gauchos, UCSB lost a close 6-4 contest after having the lead for moments in the game. Santa Barbara is 0-6 against ranked opponents.

UCSB’s next games will be Saturday, Feb. 14 in Fresno for the Fresno Pacific Tournament. It will first play Concordia at 1 p.m. and finish the day with a rematch against San Diego State at 3:30 p.m.