The Daily Nexus
Sports
UCSB Wins Twice in Kajikawa Classic
February 9, 2015 at 6:00 am by Martin Cobos 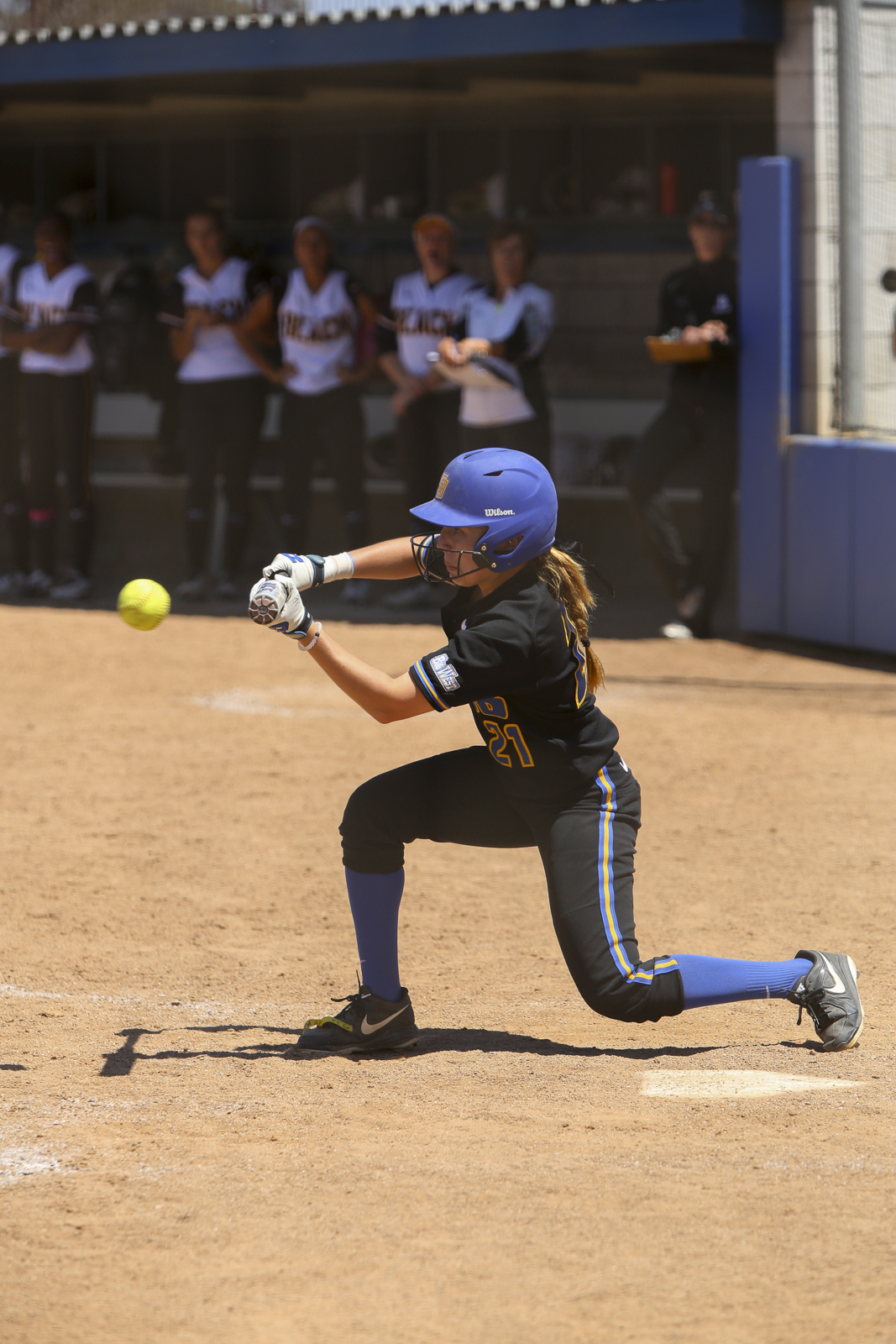 The UCSB women’s softball team began the Kajikawa Classic with back-to-back losses as it fell to Texas by a score of 15-0 and Northwestern by a score of 13-4. The Gauchos would turn the weekend around however, beating Ole Miss by a score of 3-2 and UTEP 10-9 before finally falling to New Mexico of 6-3 in Sunday’s finale.

The Gauchos now sit at 2-3 overall on the season. Texas and New Mexico have an overall record of 3-2, while Ole Miss currently sits at 3-3. Northwestern stands just below .500 with a record of 2-3, while UTEP brings up the rear with a winless record of 0-5.

On Sunday, New Mexico jumped out to an early lead as it scored three runs in the bottom of the third off a single up the middle by sophomore infielder Jasmine Casados and a double from freshman catcher Chelsea Johnson.

The Gauchos were able to climb back however, scoring two runs in the top of the fourth off a single from junior infielder Arianna Palomares and one run in the top of the fifth as sophomore outfielder Jaqueline Hinojosa reached base on a fielders choice.

Yet, New Mexico’s offensive firepower would prove too much for the Gauchos, as Johnson and junior infielder Karissa Haleman both hit RBI singles on the way to a three-run inning. Junior pitcher Ashley Ludlow was charged with the loss for UCSB after giving up four earned runs on eight hits. Senior pitcher Carrie Sheehan was awarded the win for New Mexico.

Saturday proved to be a great day for the Gauchos as they notched two wins in dramatic fashion. UCSB began the day facing Ole Miss in a tightly contested pitching battle. Ole Miss took an early lead and notched an unearned run off a ground out by senior infielder Allison Brown.

UCSB and Ole Miss traded punches in the fourth and fifth innings as junior catcher MeShalon Moore hit a sacrifice fly to score sophomore outfielder Stacy Cavazos for the Gauchos before Brown singled through the left side to score senior outfielder Jamie Morgan for Ole Miss.

The final blow came in the top of the seventh inning as sophomore Emily Brucelas hit a game winning two-run home run. Ludlow picked up her first win of the season, pitching all seven innings and tallying four strikeouts. Junior pitcher Madi Osias got the loss for Ole Miss.

Following the pitching duel, UCSB would go on to win a shootout against UTEP. This one took eight innings to finish as junior catcher Samantha Stark singled to score MeShalon Moore in the bottom of the eighth.

Both UCSB and UTEP tallied 13 hits and the two teams totaled 74 at bats. The win was attributed to UCSB freshman pitcher Lena Mayer and the loss went to junior pitcher Danielle Pearson.

On Friday, the Gaucho pitching staff was roughed up as it gave up a total of 19 earned runs. In the opening game, Texas began the scoring in the top of the second when junior infielder Stephanie Ceo launched a two run home run.

Both teams went scoreless through the third and fourth innings before Texas scored 13 runs in the top of the fifth. The scoring began with junior infielder Holly Kern getting hit by a pitch to advance the runners. After a fielding error and a wild pitch, senior outfielder Marlee Gabaldon hit a two-RBI double shortly followed by junior outfielder Lindsey Stephens hitting a grand slam.  Freshman pitcher Erica Wright earned the win for Texas following the shutout victory and UCSB junior pitcher Alex Pingree was charged with the loss.

Things didn’t get much better for the Gauchos on Friday as Northwestern put up 13 runs on 11 hits. Northwestern opened the ball game by putting up eight runs in the top of the first largely due to home runs from senior outfielder Andrea DiPrima and junior infielder Andrea Filler. Junior pitcher Kristen Wood picked up the win for Northwestern, racking up seven strikeouts along the way, and Mayer was charged with the loss for the Gauchos following the eight-run first inning.

The Gauchos will look to bounce back from a tough Classic as they host Rutgers, Pittsburgh and St. Mary’s in the Gaucho Classic this weekend starting on Friday.