The Daily Nexus
Tennis
UCSB Comes Away With Upset Win Over Ranked St. Mary’s
February 6, 2015 at 6:05 pm by Evander Hilton 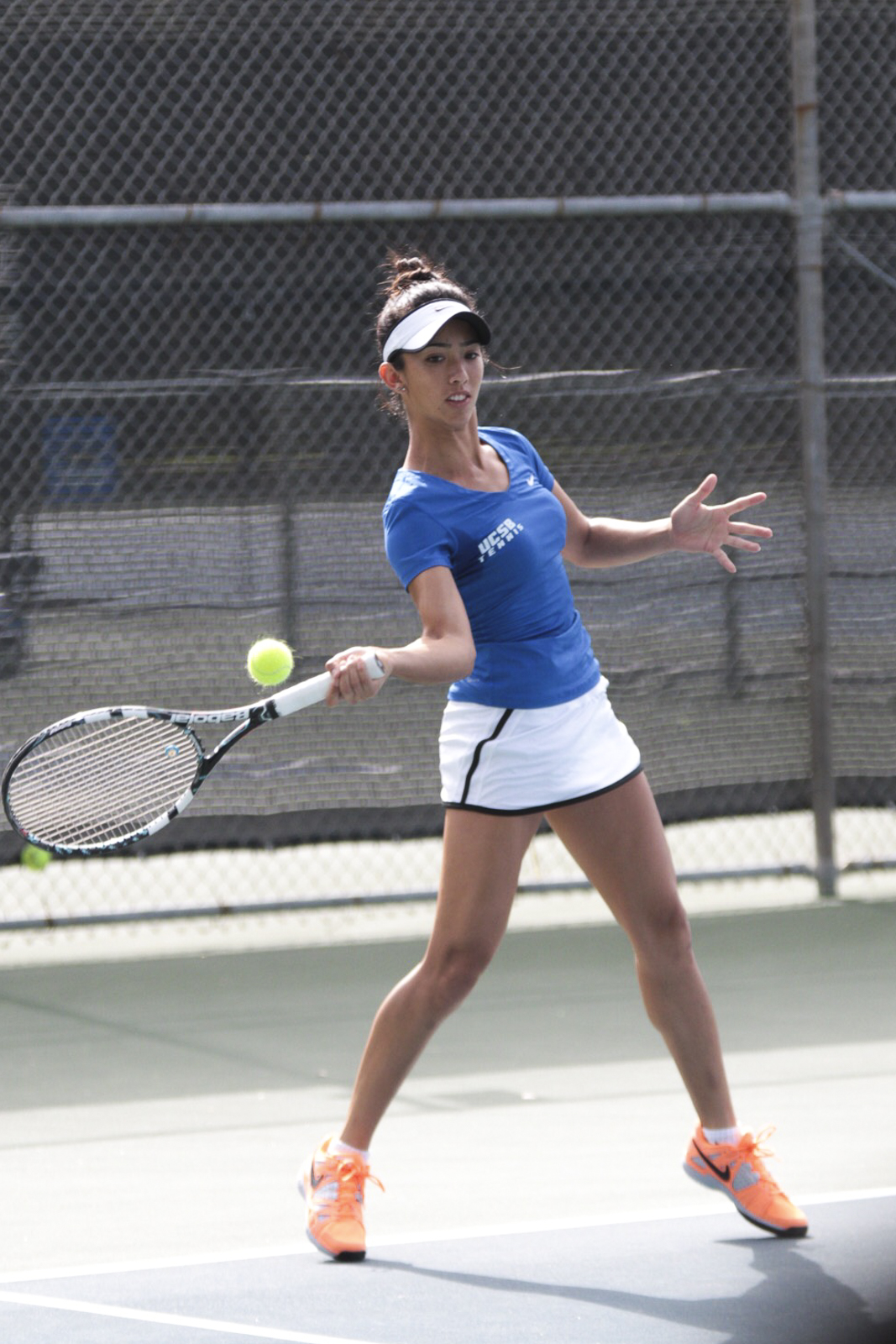 The UCSB women’s tennis team triumphed over No. 44 Saint Mary’s College Thursday at the Rob Gym tennis courts in a closely contested match that ended 4-3.  The match was decided by freshman Natalie Da Silveira, who won her singles match for the Gauchos in a three set thriller that gave Santa Barbara the deciding point.

Santa Barbara moves to 3-2 on the season with the victory.

What makes UCSB’s win even more impressive is the fact that Saint Mary’s college came into the match on a two-game win streak that saw them beat No. 54 Princeton and the Gauchos’ conference rivals, Cal Poly.

Senior April Scatliffe and junior Priscila Garcia battled hard on the No. 1 doubles court with the match coming down to the wire. Late in the game the referee made a potentially game changing call by taking a point away from the Gaels, ruling that it was an illegal hit that scored them the point, with the players racquet crossing the net and making contact with the ball on the Gauchos’ side of the court.  The ruling came at match point for the Gaels and provided a lifeline for UCSB to possibly win the match.  However, the Gauchos ended up losing the match the next point at a score of 4-6.

Yet, the Gauchos certainly took advantage of the home fixture, rising above what was expected of them to win the match against a very tough opponent.

Adler captured the No. 1 singles match against senior Danielle Flores in the third set 6-3.  On the No. 2 court, Gilbertson dropped the first set 2-6, but came back in the second to give a dominant performance, winning 6-0.  She finished in the third set winning the match 6-1.

The Gauchos match was then decided between senior Stacy Yam and Da Silveira.  Yam won her first set 7-5, going on to lose the second at a score of 3-6.  Yam won the decisive tie breaker 6-2 against the Gaels’ sophomore Parminder Kaul, giving Parminder her first singles loss of the season.

UCSB’s next match is against San Jose State at home next Saturday.