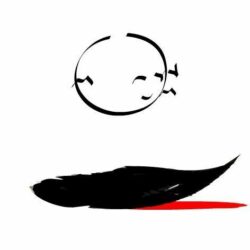 Life is too short to not create.

I had no idea: that’s why it kept me up at night.

When the screens went black, the phone laid down, and the music turned down I remember I couldn’t fall asleep because I felt like I didn’t feel fulfilled or challenged. It was fine during the day when you had friends around you, people to talk to, school work to finish, with distractions all around. But when the lights went off, it was hard not to think about what I could have done or tried that day – or even harder, finding something I did that day which I was actually really satisfied with. I racked my brain those nights – most of them – and couldn’t find anything. Stared at the ceiling.

We live in a time now where, as soon as you go on the Internet – whether it be Google, Facebook, Twitter, YouTube, Reddit, obscure forums, some small blog – it’s hard not to find someone doing something incredible. Some guy you follow on Twitter makes an incredible piece of fan art. Your friend on Facebook just launched her own start-up. Some teenager invented something featured on Wired. Reddit is filled with it, DeviantArt thrives on it, Kickstarter supports it. And then there was me. Me, slouched in my chair behind a keyboard just watching all this stuff get made, invented, written, drawn, carved, innovated, created – and it made me feel worse.

Which, actually, doesn’t really make sense because all of us – everyone – are incredible people. Some of us, like me at that time, just haven’t exactly found it yet.

I guess part of really getting into creating is letting go of any notions of what the quality of your work should be. Or what it should look like, what it should sound like. Not to say there shouldn’t be a standard you should hold yourself to – there should always be one to guide. But to let go of the lingering self-doubt that naturally gets into your system, the one that always seems to tell you that what you’ve made is bad or meaningless – that’s what’s difficult but necessary. There were so many things I threw aside, halfway in because that side would come out and then I thought it was bad, that I was bad at it, that all-around, in general, I was just bad. Doing is one thing – evaluating is another.

The other is finding something you love. And you’ll know because you’ll start to lose sleep over it. You’ll be practicing, doing, making in your waking hours while dreaming in your sleeping hours when you finally put it aside late at night or early in the next morning. I guess the gap you really have to jump isn’t doing something you love, it’s finding what it is in the first place. Maybe you’ve already found it, in which case, congratulations. After that, it’s just a matter of repetition; do it and do it more. Every hour of working on that project will be a form of satisfaction that can’t fully be described.

For me, it let me fall asleep.

It all sounds so clichéd: do what you love! Of course you should. But it’s so easy now just to consume – in an age where there’s so much content we can sit back and just absorb endlessly. Find and make time to actually do, create.

And I’m being vague about “doing” because it literally could be anything, and there’s nothing that I or anybody else can say that determines what that thing will be for you. It doesn’t matter if people call you crazy for doing it, or if people call it meaningless, or if no one else even recognizes it as something of value. They cannot decide what makes you feel fulfilled. Learning how to sculpt? I say try it. Making a boatload of money? Go for it. Learning how to fly with a wingsuit? Do it. It’s something everyone has to find for themselves. All I can say is, keep your eyes open.

Days and time go by really quickly when you’re busy, and that’s okay. Time is ultimately what makes everything possible…and our last enemy. There’s always something else you want to learn, something you want to do or make – but the fact is that life just isn’t long enough to accommodate for all of that. We can never make, learn, or experience everything we really want to. I guess part of the challenge is making the most out of that limitation, using the preciousness of every second, every bit of time we have here worth the most.

The effort you put into anything in life, in his words, transcends death; transcends yourself.