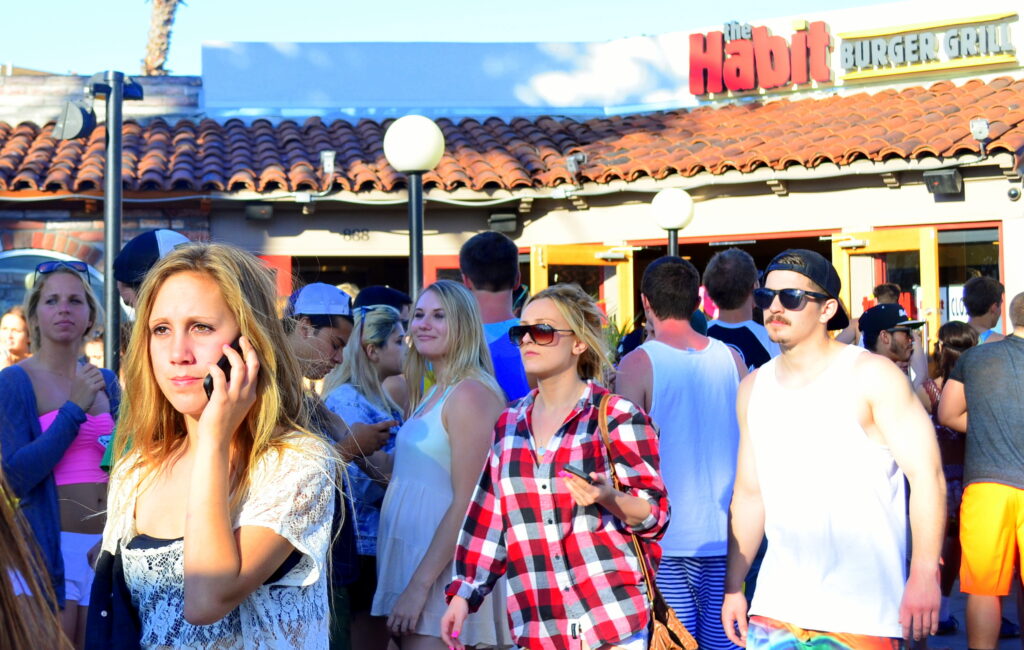 In a shocking feat last Tuesday, the United States Department of Agriculture declared the college town of Isla Vista, California a food desert.

The announcement came after the recent hospitalization of student Markus Jefferson, a third year Environmental Studies major at the University of California, Santa Barbara who nearly perished of starvation on Pardall Road at the end of “dead week” when he was unable to obtain an adequate meal after 79.5 hours in the depths of Davidson Library. Jefferson’s parents, outraged by their son’s near death experience, called upon local and social authorities such as the Isla Vista Foot Patrol, USDA, and Oprah to assess the environment that resulted in the twenty year old’s refusal to consume both The Habit and Subway before collapsing on the sidewalk past Freeb!rds.

While the I.V.F.P. called an ambulance and Oprah welcomed the Jefferson family on her television program to comment on the effects of eating disorders on family pets, the USDA was the only organization to investigate I.V. for itself.

During a press conference located at Perfect Park across from 7/11, USDA representative and Santa Barbara resident, Sharon Hamburg, defined the parameters for an urban area to be considered culinarily deserted.“Food deserts have two consistent features: low-income and low-access. In other words, at least 20% of residents must fall beneath the poverty line, and 500, or at least 33 percent, of those residents must be located over one mile from the nearest affordable supermarket or large grocery store. With over 60 percent of residents destitute, and the nearest source of healthy rations 1.7 miles away, Isla Vista is without a doubt a little patch of the Mohave,” she said.

Hamburg also outlined a fundamental problem that students and low-income families in the area face.“Despite the lack of sufficient food dispensers in this college student’s paradise, oases exist for those that can pay. For the less impoverished students of the population, Silvergreens prides itself on serving salads with real vegetables, and the I.V. Food Co-op offers locally grown, organic produce. But with so many Isla Vistians hopelessly racked by student loans–not to mention the masses that prioritize the purchase of alcohol and lattes over produce and complete sources of protein–few take advantage of these rare well-springs of nutrition,” Hamburg said.

The USDA representative concluded by discounting the sheer prevalence of restaurants and other food vendors in the area.“It seems counterintuitive,” Hamburg continued. “I.V. has one and a half times more restaurants than the national average. Our youth flock to what they call ‘The Loop’, where endless options for pizza, burritos, and gigantic sub sandwiches stretch as far as the eye can see, or even the nose can smell. A slice of pepperoni pizza may be considered a vegetable by Congress, but a diet based around Dominos is far from balanced. In addition, the small grocers in the area are either far too expensive or egregiously inadequate for fulfilling dietary needs. These venues may be present, but they fail to reduce the heaviness that this dessert, excuse me, this desert weighs on its people.”

Timmy Stockton, a long-time cashier at a local business  called I.V. Market dissented against the USDA’s decision, “We may be in the middle of a drought, but a desert? No way man. I mean, I.V. Market alone has everything an undergrad needs to get through finals: Cup Noodles, Rockstar, brownie mix; we even have Clif Bars for those healthy types,” he claimed. “How that kid almost died is beyond me. He must not party, ‘cause everyone knows you gotta carb up before you take shots. Have you seen our alcohol selection? Anyone calling I.V. dry needs to spend a night on D.P.”

Stockton is not the only party in opposition to Hamburg and the USDA. UCSB Anthropology professor Dr. Josefine Unidos, whose latest publication “Maize and Me” is concerned with the ubiquitous presence of corn and fast food in American diets, countered the desert assertion. Rather than a square mile of sand dunes and mirages, she deems I.V. a food swamp. “Hamburg said it herself. I.V. is completely saturated with eateries. UCSB’s campus, too, exhibits the extensive and illustrious UCen Dining System. The problem is not a lack of access. Rather, residents ritually consume high-calorie meals. The glorification of the burrito and its subsequent spread has completely altered the ideologies of the Isla Vista population. Those interested in the new ‘Standard American Diet’ should consult my book,” Unidos said.

Nexustentialism is a fictitious, satirical column submitted primarily by students. View expressed do not reflect those of the Daily Nexus or UCSB.

Stop trying to be Gaucho Marks