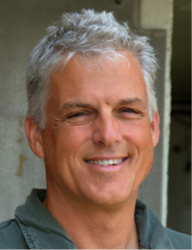 Craig Carlson of UC Santa Barbara’s Department of Ecology, Evolution, and Marine Biology was awarded the prestigious G. Evelyn Hutchinson Award by the Association for the Sciences of Limnology and Oceanography (ASLO) for his work in microbial oceanography. His two major projects, which are focused on microbial communities and mapping distribution patterns of dissolved organic carbon (DOC) in the ocean, contributed to his receiving this year’s award.

The G. Evelyn Hutchinson Award, named after the father of modern ecology, recognizes individuals who have exhibited excellence in the fields of limnology or oceanography and will continue to pass on a legacy of scientific achievement.

Carlson expressed his gratitude for receiving the prestigious accolade, which he will officially receive in late February at ASLO’s international meeting, to be held in Granada, Spain.

“When I look at the list of previous recipients of the Hutchinson Award, whom I have long respected, I am truly humbled and am honored to have been named this year’s recipient,” Carlson said.

Carlson earned his bachelor’s degree at Colby College and his Ph.D. in Marine Science at the University of Maryland. In 1996, he joined the faculty of the Bermuda Institute of Ocean Sciences. In addition to heading UCSB’s EEMB department, Carlson serves as chair of the U.S. Ocean, Carbon and Biogeochemistry Scientific Steering Committee. He also received the inaugural American Geophysical Union’s Ocean Sciences Early Career Award in 2002.

Prior to Carlson’s contributions to biogeochemistry, DOC was believed to be a vast, yet restrained, repository for carbon. With the integration of biogeochemistry and microbial dynamics, DOC is now recognized as a critical contributor in cycling ocean carbon. Today, Carlon’s studies have influenced the way scientists studying modern day ecology understand the ocean carbon cycle and its global impact.

Members of the Carlson Microbial Oceanography Lab quantify the composition of oceanic dissolved organic matter (DOM) through various oceanographic and microbiological methods and record the specific types of microbes that grow on the DOM.

According to Carlson, his research centers on how DOM is regulated and how it regulates marine ecosystems.

“Our research has focused on the role that marine microbes play in the cycling of elements through oceanic DOM and the biogeochemical significance of DOM in the marine carbon cycle,” Carlson said.

Although Carlson already changed the way modern ecology tackles matters regarding the ocean carbon cycle, he hopes to continue his work with DOM in the world’s oceans.