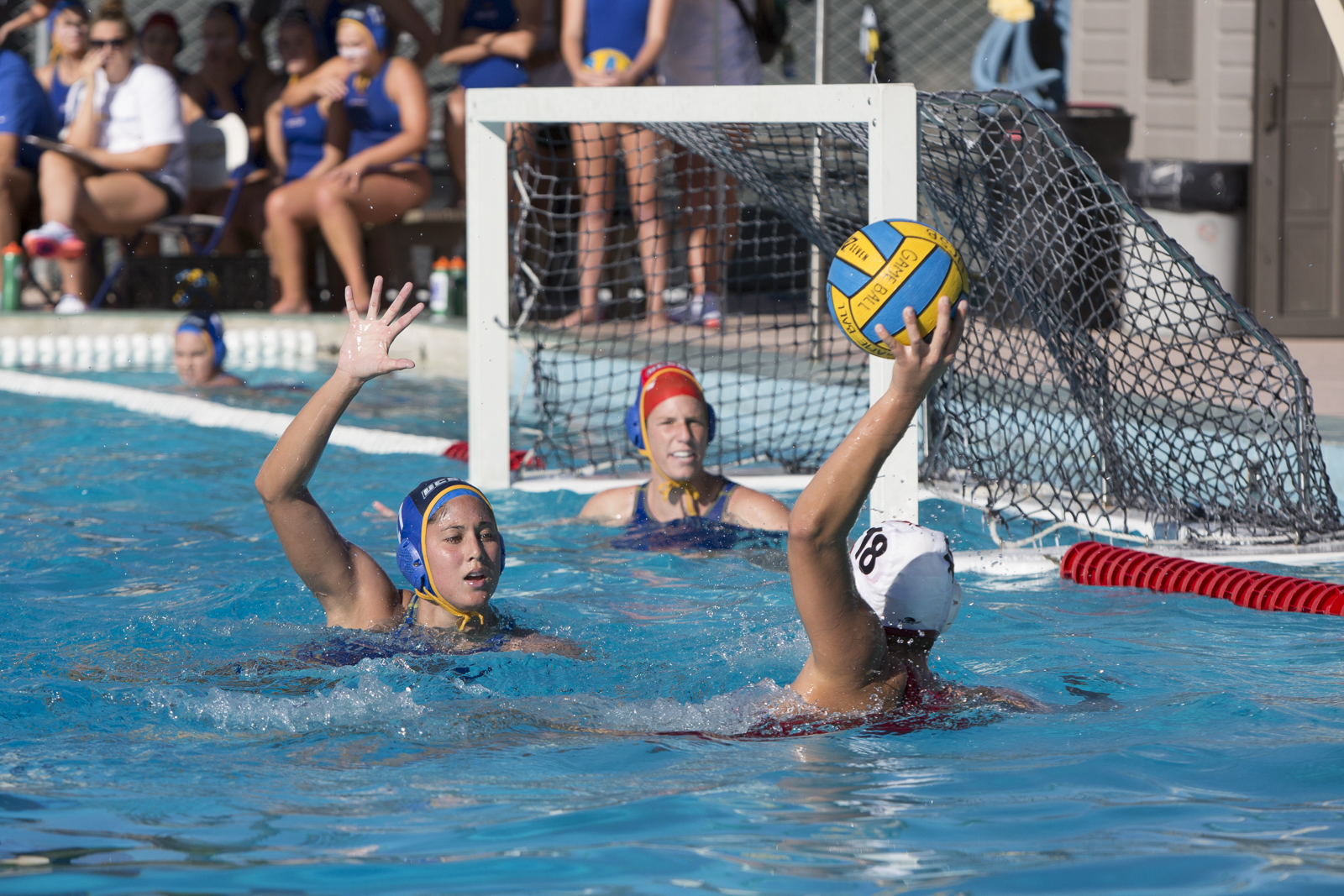 The UCSB women’s water polo team dominated in its first two major events of the season. The No. 14 Gauchos are now 4-4 overall and currently on a two-game winning streak. Santa Barbara’s ability to score early controlled the outcome in both of its games, earning impressive victories against the top two women’s water polo programs within the Division III polls.

The Lancer-Mini Invitational was the first pit-stop in the Gauchos weekend journey. After some tough losses in last weekend’s event, UCSB was determined to bounce back against its first opponent, Pomona-Pitzer. Santa Barbara’s lopsided 13-3 victory handed the Sagehens their first loss in their season debut.

“We went into the game with a very specific gameplan, we knew what we wanted to execute,” sophomore attacker Brenna Thomas said. “At the end of the day I think that we were able to follow with our gameplan the way that the team and our coaches wanted us to.”

UCSB’s versatility is another attribute that contributed to its offensive success. Ten different Gauchos scored in Saturday’s contest. Redshirt sophomore attacker Miranda Schrader led the team in scoring with three goals. The magnificent play at the attacker position continued for Santa Barbara as sophomore attacker Taylor Shore was the team’s second leading scorer with two goals.

Pomona-Pitzer senior utility Alyssa Woodward and junior attacker Sarah Westcott managed to put the Sagehens on the scoreboard, but did not have the necessary support to lead them to victory.

Woodward scored two goals, while Westcott notched one goal in the team’s loss. Defensively, the Sagehens could not keep up with the Gauchos’ fast-paced offense and ended the Lancer-Mini Invitational with a 0-2 overall record.

A quick start and strong ending simply explains Santa Barbara’s 16-5 win over Whittier College. The Poets entered the game against UCSB with a 1-0 overall record after defeating Concordia (Cal.) 16-12, but were unable to match UCSB’s level of play and are now 1-1 overall.

The Gauchos tallied six goals in both the first and fourth periods of the game. At the forefront of UCSB’s scoring was Schrader again with three goals.

Junior attacker Cynthia Castillo and sophomore lefty Jenel Rivera scored one goal each, but the Poets’ primary role players were unable to gain many opportunities against UCSB’s persistent defense. Rather, it was freshman attacker Kendyl Riley who led Whittier College in scoring with two goals.

Balance at both ends of the pool enabled UCSB to be consistent with its performance in both games. Junior goalkeeper Mackenzie Brokaw earned a total of seven saves and was a major factor in UCSB maintaining its leads.

“The theme of the weekend was defensive discipline,” head coach Serela Kay said. “Being on the same page and having good body positioning.”

Most importantly, Saturday proved that UCSB is capable of securing wins in late-game situations. As the season progresses, UCSB will continue to gain experience and develop team chemistry.

“We’re gonna keep improving and getting better and we’ll end up being a different team in twelve weeks,” Kay said. “That’s why we’re playing six weekends in a row. It’s important to play and get that game experience underneath us.”

UCSB will participate in the Triton Invite in San Diego, CA next weekend. Scheduled times are to be announced.