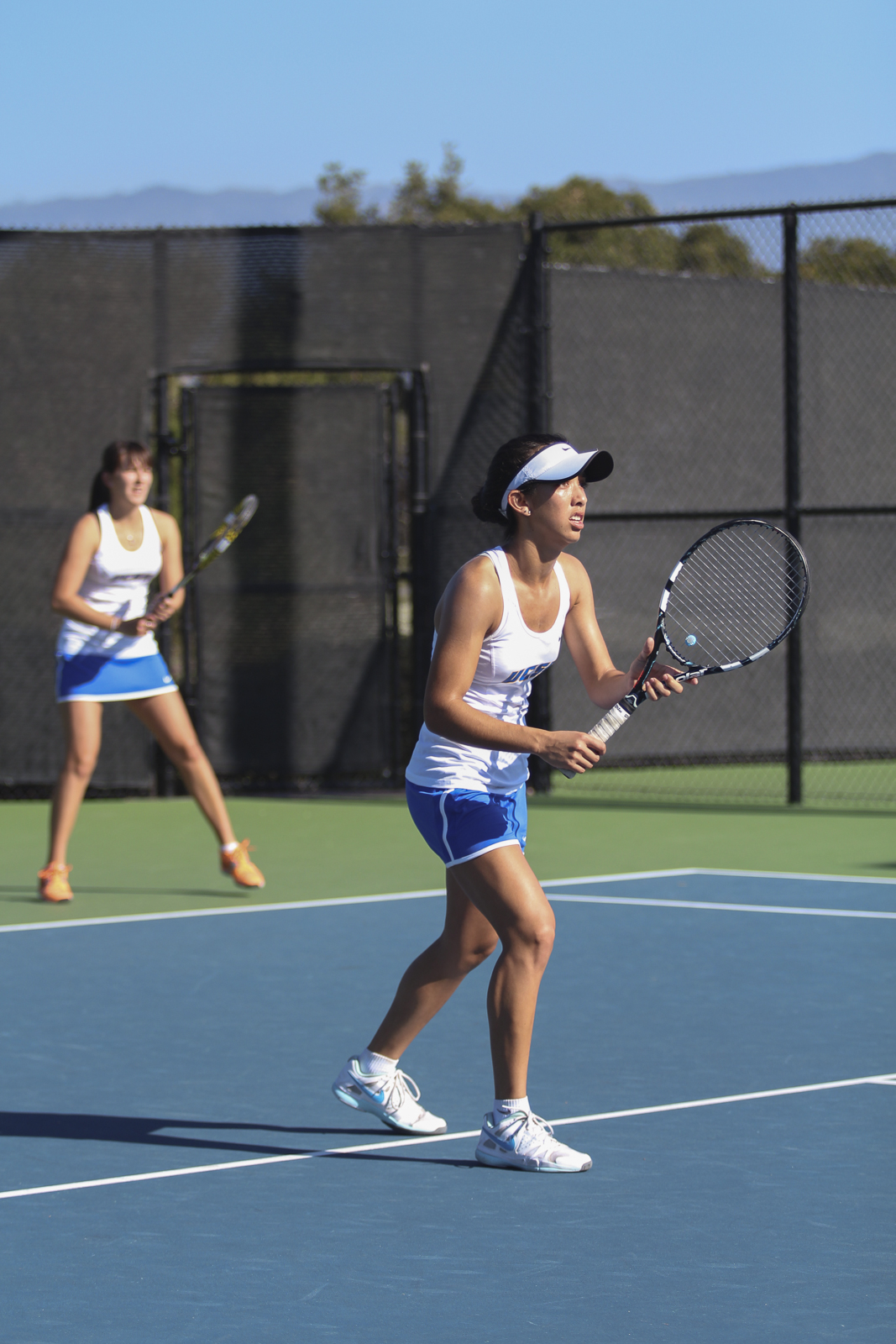 The UCSB women’s tennis team hit the ground running on Saturday, collecting its first home win of the season in a 6-1 romp of UNLV.

The win puts the Gauchos at an even 2-2 record, while UNLV lost its second match of the season to go 0-2.

UCSB women’s number one doubles partners April Scatliffe and Priscila Garcia were unable to finish their set because of a buildup of moisture on the courts, which brought their match to a halt. Officials attempted to find a new court for the match to continue on, until UCSB won its other two matches, effectively claiming the doubles point. The match was called at a score of 6-6.

Gaucho doubles partners Lou Adler and Melissa Baker also collected a win for their team in another close match that finished at 7-5. The doubles partners fell fast early on in the set 0-3, eventually coming back to win the whole set.

“I felt like Melissa and I were nervous at the beginning of our match,” Adler said. “But we knew that we had to fight. The crowd really helped to boost our confidence.”

A strong home crowd showed up to cheer on the UCSB women’s team Saturday morning, doing their best to give the home team an advantage.

Freshmen number one singles player Adler built on her confidence as the morning progressed, winning her singles match with ease. Adler won her first match 6-2, to then completely dominate her last set, winning 6-1.

“I’m very proud of how the girls came out fighting,” said assistant coach Erica Cano. “They came out playing to win and not to lose. Even with the changing of the courts, the girls seemed to be even more comfortable to play here.”

The Gauchos certainly performed well after the court change, only losing one of their six singles matches. Number two singles player Scatliffe defeated Ferenczi-Bako 6-2 and 6-3, after a strong outing.

Gilbertson defeated number three UNLV singles player Iren Kotseva with some help from a loud and vocal crowd. Gilbertson won the match with set scores of 6-2 and 6-3, respectively.

Da Silveira also defeated Paola Artiga, going all the way to a tiebreaker to decide the match. The match ended 6-4, 3-6, 1-0, in a close competition for the number four spot.

Baker started strong in her number five singles match against the Rebels’ Bojana Petrovic, winning the first set 6-1. The second set turned out to be more elusive, with Baker winning it in the end 7-5.

Garcia battled hard against the Rebels’ Mercedes Lopez Velez, winning the second set after a slow start to bring the match into a tiebreaker to decide the outcome. The tie-breaker ensured this battle for the number six spot was the last match being played on the court, with the crowd gathering around to watch. Garcia eventually lost the match, with the final score being 7-5, 3-6, 1-0.

The Gauchos will play another home match this week against Saint Mary’s College, Thursday at 1 p.m. at the Rob Gym tennis courts.