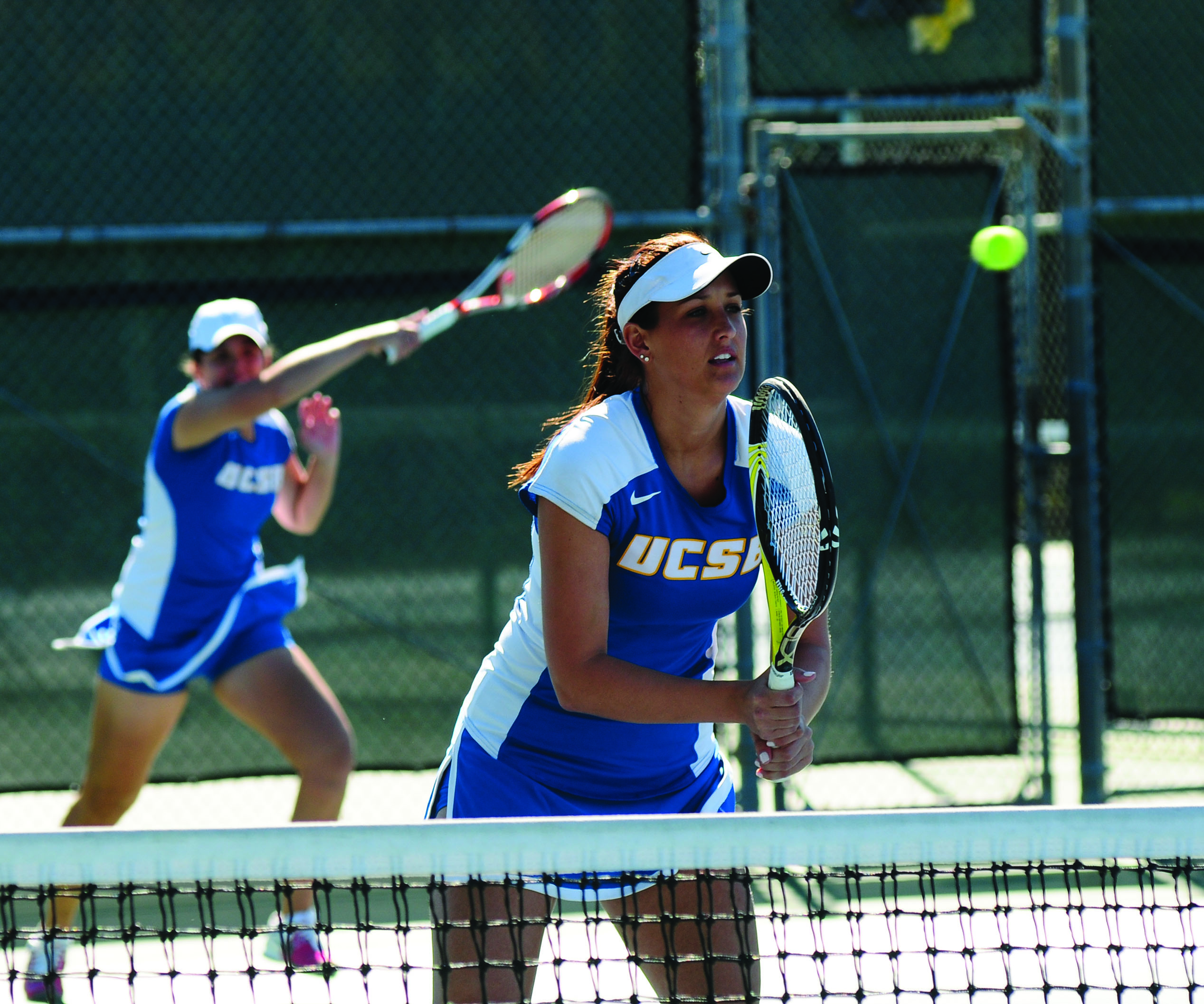 Playing in its first home game of the season, the UCSB women’s tennis team will take on the University of Nevada Las Vegas on Saturday morning. The Gauchos will be looking to collect their second win of the season, which would bring their record to an even 2-2.

UNLV will be traveling to Santa Barbara coming off of a rough 6-1 loss against conference rivals Oregon State. The Rebels have only played one match so far this season and will come to Santa Barbara with something to prove looking for their first win in 2015.

“On the court, obviously you are there for yourself. You are playing for yourself even though when you are on the UCSB tennis team you are in a team environment,” sophomore Jaimee Gilbertson said. “But it does really come down to you and how well you perform as an individual. It is really tough having to stay mentally focused for the whole match.”

The Gauchos will have to remain mentally strong throughout the duration of their match Saturday morning if they are going to win, needing strong individual showings to come out on top.

Although the Gauchos’ singles matches against the Rebels will be decided by individuals, this tight-knit group will be sure to improve its play based on the strong support it receives from its players.

The Gauchos also spoke fondly of their head coach Simon Thibodeau, explaining the impact he has had on the team.

“He likes to be the head of the team,” Gilbertson said. “He likes to set the example for everyone else, which is really inspiring.”

Thibodeau has coached the Gauchos for the past three years after being recruited from his coaching position at Fresno State. While coaching at Fresno, he led the Bulldogs to five seasons ranked in the nation’s top 20, success he is likely to bring to Santa Barbara, with a strong presence of freshmen and sophomores in the team.

The Rebels will be a good test for the Gauchos on Saturday morning when they play at 10:00 a.m.