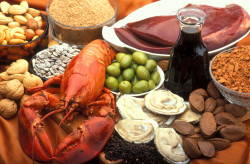 Sometimes I think about the future.

I’m sure a lot of us do, but I’m talking about the far future, the future none of us will ever get to experience. The centuries later, the thousands of years later – realities impossible to grasp within the framework of our minds. Even so, it’s pretty fun to consider: we’ll probably be exploring the universe by that point. A Chris Pine lookalike might be shooting through galaxies, chasing aliens. Man, aliens would be so cool. But even if we are, for some unfathomable reason, still on Earth, it won’t be our Earth. Not the Earth you and I know. It won’t be six-lane highways and wires that spiral throughout the walls of your house. There might not even be walls in 2000 years – or if there are they’re likely to be razor thin and metallic, with personalities – a Siri-equivalent on steroids.

Of course, the possibility exists that we’ll be wiped out by then. War, maybe. A nuclear disaster, or a stray meteor. Earth could be dust in a thousand years. It could even be deserted – colonization is bound to make a comeback once we find some habitable planets (fingers crossed there aren’t any species to destroy by the time we come along), and then where does that leave Earth? Old news, boring Earth with its stone, and dirt, and trees and teeming masses of life. How inefficient our world will seem to those looking back.

It drives me nuts that I’ll never know the future; humanity is like a book I can’t quite finish. How frustrating that the 21st century will someday be a footnote in some floating history textbook – and we’ll never get to read it. What will it say? “The age of selfies and overcrowded populations?” “First black president?” Will race even be considered important enough to mention? I wonder all the time about the ways our culture will shift, how our most prevalent problems will be considered archaic – like world hunger. I believe we’ll fix that at some point.

It’s hard to acknowledge this sometimes, because the world can also be sensitive, but obesity is actually killing us – and by us, I mean the industrialized segments of the world that I am most familiar with. The populations of America, Australia and much of Western Europe (including my motherland, the UK) are shown to be up to 36 percent obese – that’s over 200 million dangerously overweight people in the US alone. That’s insane. You and I have the privilege of going to a school where people are generally healthy, but the rest of the world tells a very different tale.

We all know the cost of being obese. There’s increased risk of diabetes, high blood pressure, stroke, heart disease, asthma, sleep apnea, kidney stones, several types of cancer and being obese is shown to have a significant decrease in your general happiness and reproductive ability. Economically, obesity is a sinkhole. Nine percent of America’s total health care spending is estimated to be spent on obesity-related costs – I don’t even want to estimate how much money that is. And then there’s the money it takes to make a third of a population obese, incessant funding piled into the marketing, processing and consumption of food. Obesity isn’t an easy feat to achieve – although it’s easier for some, thanks to the role genetics play in one’s predisposition towards obesity. Someone genetically prone to obesity is thought to have genes that control body mass and regulate body composition, although studies are still in the works.

But genetics can’t take all the blame. Our eating habits are … unhealthy. Take sugar as an example: The average American consumes 19.5 teaspoons of added sugar a day – a whole 10 teaspoons over the daily recommendation for men, and 13 over that for women. That’s a lot of sugar, people. It sneaks into food you don’t necessarily expect it to, such as breakfast cereals and flavored yogurts, and in the foods you do expect sugar to prevail it absolutely conquers. A regular can of coke holds approximately 10 teaspoons of sugar.

We are, as a nation, in an abusive relationship with our food – it whispers sweet nothings in our ear and when we try to walk away it draws us right back. There’s the disturbing diet phenomenon that has been sweeping the nation, fueled by our determination to find the “right” diet, the one-trick fix that will assuredly make us lose weight and look altogether fantastic. We set unrealistic goals in our attempts to embody the stick-thin figures we see on the screen, and we turn our meals into an all-or-nothing event. We rely on ready-made meals and fast food for their convenience, trusting labels designed to misconstrue the traditional definitions of “healthy.”

What I’m trying to get at is this: food is a problem. The way food is presented to us is a problem. It may not be a problem in years to come, when technology advances to the point that diet pills do actually work, and we can receive all necessary nutrients in a daily injection, but for now the amount we eat of what we eat is reprehensible. We need a shift in focus – fat-shaming is never an option, but we can’t afford to ignore the very real struggle of weight. Promoting self-confidence among all body types is important – promoting a healthy lifestyle is absolutely vital. Because you know what? It would suck if I travelled 2000 years forward in time to find the world had eaten itself into an early grave.

https://www.oecd.org/els/health-systems/Obesity-Update-2014.pdf has reasonably authoritative and up-to-date (2012) statistics on the OECD countries, and only the worst of them (USA!) has obesity statistics in the range claimed here (35.3%). UK is only at 24.7% obese (still a shockingly high number).

There are some small countries that exceed the US obesity rates, mainly in the South Pacific. See https://www.cia.gov/library/publications/the-world-factbook/rankorder/2228rank.html for a listing (with 2008 data, mostly).