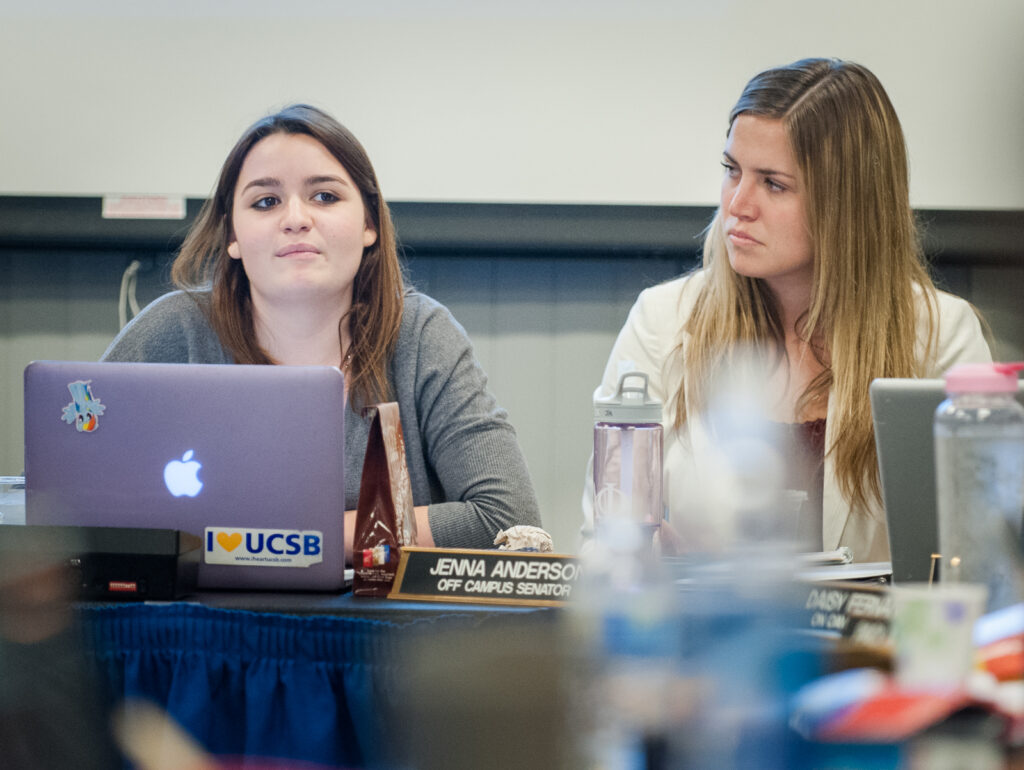 The Associated Students Senate met in the Flying A Room at the UCen Wednesday night to discuss potential lock-in fees and resolutions including ones in support of President Barack Obama’s proposal to make community college free, an op-ed in support of the tuition hike and a project to redesign student access cards.

Senate passed the resolutions in favor of free community college and new access cards, but sent the op-ed piece to External Affairs for further discussion.

A.S. Senator Carlos Lopez authored the bill in support of Obama’s proposal and said Senators “really think this goes along with the UC’s commitment to affordable education.”

Third-year political science and philosophy double major Heather Goold, who is the CALPIRG Chapter Vice Chair for UCSB, said CALPIRG is looking to gain support for their campaigns through lock-in fees from students.

“UCSA [University of California Student Association] just passed a resolution in our favor last week,” Goold said, “they voted to support CALPIRG fees statewide and so we’re looking to just kind of like gauge support and whatnot.” 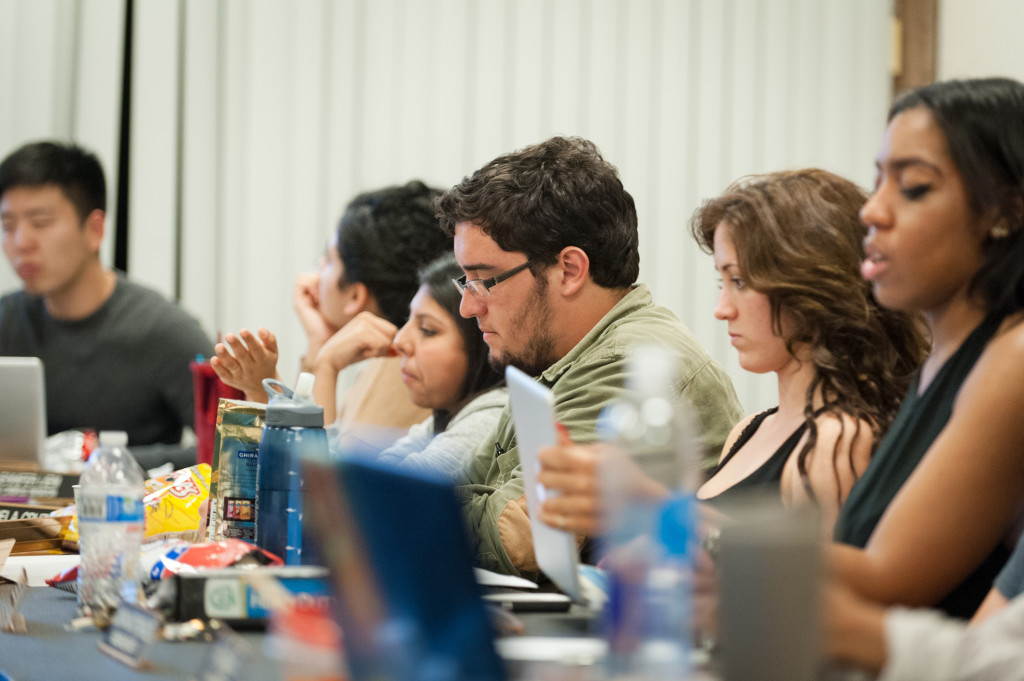 Goold said CALPIRG was supported with a lock-in fee during their first 12 years at the university but that a conflict regarding a pesticide campaign in 1991 led to their removal by the UC Board of Regents.

According to Goold, CALPIRG is a nationwide, student-run non-profit that aims to change policies based on public interest issues.

“This is in regards to the six households that were evicted in October and IVTU has been working really hard to organize the campaign,” Moreh said.

It’s not just about these benefits. It’s about unity, it’s about showing strength, it’s about believing that together. – IVTU President Andrey Bogdanov

Third-year economics major and IVTU President Andrey Bogdanov said Senate should support the residents evicted from the apartments in the Abrego Villas.

“Tonight I come over here not to just ask you to support it but to ask you to join the movement and help lead it in order to unite the community,” Bogdanov said, “Show that … we’re not just trying to add to the noise … we’re trying to make sure that our voices translate into action.”

Bogdanov said, while the tenants may go to court to sue the management companies for their benefits, he believes supporting the cause is important for the community.

“It’s not just about these benefits. It’s about unity, it’s about showing strength, it’s about believing that together,” Bogdanov said, “We can build a better community for all of us, for future generations of students.”

[Correction: A previous version of this article incorrectly quoted IVTU president Andrey Bogdanov stating his belief in “fair and negligible housing.” Bogdanov actually said “fair and equitable”. This article has been updated accordingly.]