The Daily Nexus
News
SB Hacks To Host First Annual Coding Competition on Campus
January 29, 2015 at 5:00 am by Shelly Lu 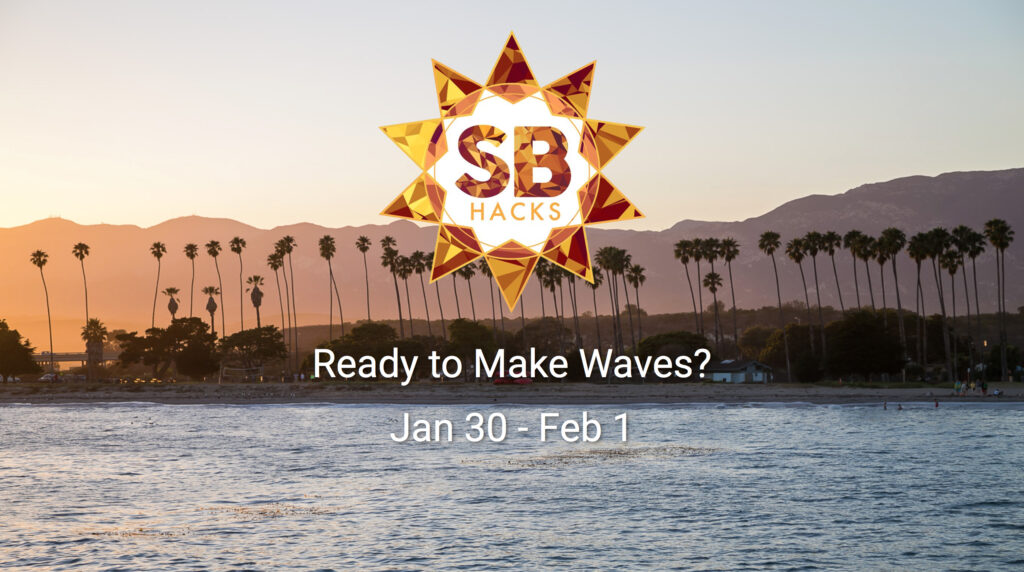 The first UCSB Hackathon, sponsored by major companies, will feature problems that participants will attempt to solve through coding. Photo courtesy of SB Hacks

UCSB Hackathon, a 36-hour collaborative coding event for teams of computer science students from universities across the country, will attract an estimated 500 student attendees this weekend at the UCen in what event organizers are calling “the first annual beachside hackathon.”

At the Hackathon, participants will code solutions for proposed problems — usually in the form of websites, mobile apps and robots — and teams will execute various coding projects that will then be judged by academics and industry professionals. The event will be hosted by Santa Barbara Hacks, a student organization and is sponsored by Citrix, Cisco, Opengov, Microsoft, Intel, Smartstones and Major League Hacking, among others. SB Hacks is co-founded by fourth-year computer science majors Trevor Frese and Anshul Jain as well as third-year computer science major Benji Lampel.

Geared towards undergraduate, graduate and Ph.D. students, the event is free for all participants and will provide participating hackers with free meals. Students with advanced knowledge in computing as well as beginners can attend the event and participants can attend in groups of up to four individuals.

You get to spend the weekend working on something awesome and building that one idea that you just had floating around in your head for months and just hadn’t got around to developing. Something you’ve always wanted to try or just test your limits on a new skill. – SB Hacks co-founder and fourth-year computer science major Anshul Jain

Frese said the Hackathon will include smaller events to highlight the “Santa Barbara vibe,” such as morning yoga sessions and walks to the beach.

“There’s a big focus in Santa Barbara on health and wellness as well, so that has been one of our focuses of the event,” Frese said. “Although it is a 36-hour event and it’s stressful for the hackers, we want them to have the right means to stay healthy. We’ve also just added a lot of activities to the event. We have video game tournaments, silent disco and a moonlight walk on the beach.”

According to Lampel, the team with the most creative and original project at the showcase will win the Grand Prize Bundle, which includes the Oculus Rift Development Kit 2 and a $10,000 cash prize. Prizes will also be awarded to the winning groups in various challenges, such as Environmental Hack Challenge, Beginners Hack Challenge and Makeschool Best iOS App/Game Challenge.

“Some groups work on challenges that they work on assigned by companies, while others come together to work on their own project that you’ve just never had the chance to make,” Lampel said. “At its heart it’s still a competition, and people are still there to compete for prizes. People are still trying to work on something to win, but there are a lot of ways to win.”

“You get to spend the weekend working on something awesome and building that one idea that you just had floating around in your head for months and just hadn’t got around to developing,” Jain said. “Something you’ve always wanted to try or just test your limits on a new skill.”

We want to showcase that working here, whether you’re in college or in the industry, is totally worthwhile and amazingly fun. – SB Hacks co-founder and third-year computer science major Benji Lampel

Lampel said the hackathon will allow student groups to get critique and assistance from mentors hired by the company sponsors as well as to “meld brains with people we would never have met otherwise.”

“Lots of companies will send mentors who specialize in certain systems,” Lampel said. “Because computer science is such a broad field of so many specific areas of study, it’s hard to teach someone one thing and say they are proficient computer scientists.”

According to Lampel, the hackathon is open to individuals with advanced knowledge in coding as well as to those with no previous experience in the field.

“There are people who come to these events to learn how to code and we think that UCSB Hacks is definitely a great place for beginners to come and learn and meet people who are very experienced in the industry,” Lampel said, “but then have the opportunity to work with them also in a very safe cooperative learning environment.”

Lampel said the hackathon aims to highlight Santa Barbara as a location “on the map” of the tech industry as well as to show that it is “just how we do things here.”

“There’s a lot of starter communities in L.A., San Francisco, Silicone Valley and they’re all very big . . . I think the start-up community in SB is very different from the other places,” Lampel said. “We want to showcase that working here, whether you’re in college or in the industry, is totally worthwhile and amazingly fun.”