The Daily Nexus
Opinion
Casual Sex: a Difficult Combination
January 28, 2015 at 9:35 am by R. Pengsta 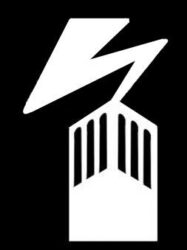 “Sex is sacred” was an antiquated phrase my parents drilled into me during the Middle Ages, otherwise known as my pre-teen era. But who the hell cared? Especially when I entered Isla Vista with its delightful, carefree and experimental freedom called the hookup culture, that phrase was completely lost to me.

Think about it. Why worry when you’re at the prime of your youth and surrounded by people who are A) hot as fuck and B) down to fuck? What’s wrong with a simple fling or a one-time bang?

But casual sex … does it really even exist? I don’t oppose it: I wrote all about it in previous Hump articles, and I myself went through hookups like a bucking bull on sex steroids. After some time racking my brain about it, though, I realized I don’t believe it, not anymore. Sure, others might say it worked out well for them. But were the long-term benefits really that beneficial?

I remember sitting at the bottom of a stairway, bawling and vomiting from an illness that came from one of my hookups and wondering why I gave my body to so many partners who, in the end, didn’t care. Not that I asked them to care, but being sick was simply a catalyst for me to realize how empty the casual sex was, and how easily I used it as an excuse for artificial attention and friendship. And this isn’t just my story.

The term “casual sex” creates a paradox as confusing as a bulging zit. What does “casual” even mean? Sneakers and jeans on a lazy day, a simple Sunday brunch with the girls or the awesome time your professor brought cookies to class? To add “casual” onto “sex” gives it an air of detachment and indifference. “It’s just sex,” they say. All is well until feelings of discontent, hopelessness or even apathy creep in. Then what? More sex — just pile it on. The stronger individuals care less, but what does that mean? Are we simply perpetuating a culture of hollow intimacy that becomes so ritualized and mechanical that it feels cold? Empty?

If we’re talking culture, an even bigger question formulates on the topic of how pornography shapes our perception about sex. The porn industry alone is one big, moneymaking fat-ass that offers people new techniques and puts partners into a sexy mood, but it certainly doesn’t help shape a realistic picture of sex and often adds anxiety and pressure to the act. Penis too small? Breasts not big enough? Am I abnormal for hating facials? Is it wrong to spit and not swallow? If my partner isn’t moaning loudly during sex, am I not good enough? For the record, the answers are no, no, no, no and no.

Sure, sex carries a simple reproductive function. Throughout time, however, the emotions and actions attached onto it — love, fighting, confronting sexual infidelity and experiencing jealousy — all became, in a way, evolutionarily adaptive by helping promote reproductive success and survival. Social science research even points to the universality of love as a motivation for people to accomplish basic tasks such as feeding, fleeing, defending and reproducing.

Haters, before you impale my head on a stake, just know that I am in no way condemning casual sex. Lovers of casual copulation, you do you, and if happiness comes out of it, all the more power to you. However, to those who feel the slightest bit confused, or to those who struggle with an uncomfortable sense of emptiness and feel altogether too alone despite the sex, I urge you to be honest about your partner(s) and the reality of your sexual situations.

If you’re looking for friendships, learn more about your partner’s personality and less about their bed habits. Spend your time with good influencers and engage in other activities to stimulate your senses that won’t necessarily mean adding another name to your casual sex checklist. I know I sound like a grandma, but sometimes healthy sex means taking a step back, being realistic and treating your body like a treasure. Sex is sacred, right?

It sure as fuck is.

R. Pengsta is ready to separate the “casual” from “sex.”