The Daily Nexus
On the Menu
McDonald’s Celebrates 44 Years of the Egg McMuffin
January 27, 2015 at 5:00 am by Robert Johnson 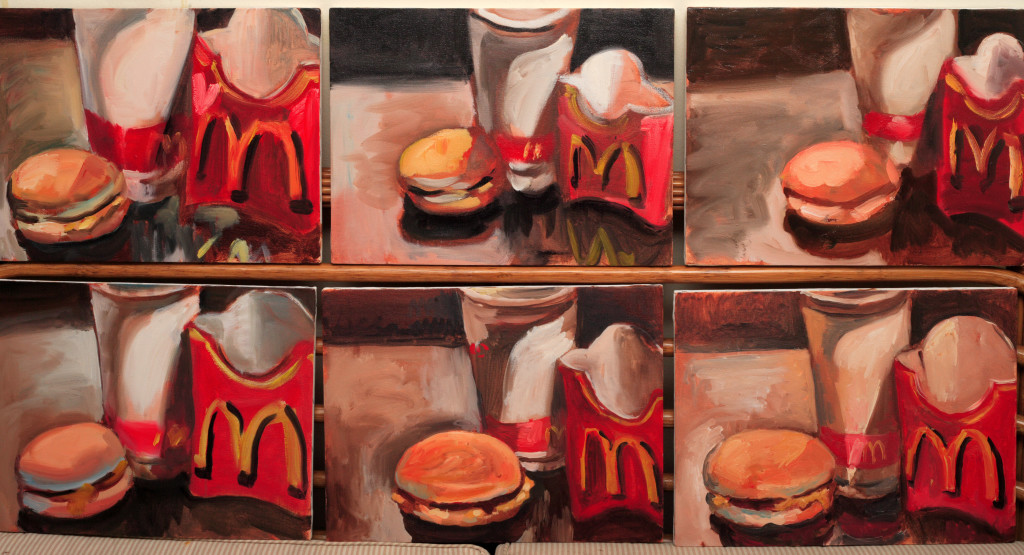 With over 35,000 locations in 119 countries, McDonald’s outranks all other fast-food eateries. Despite its ubiquitous presence, McDonald’s was not the first fast-food chain, and, in fact, came over 30 years after the first A&W introduced the business model of cheap food served fast. But in the early ’70s, a fast-food innovation was born in a Santa Barbara McDonald’s: the Egg McMuffin.

Peterson became acquainted with McDonald’s while working at an advertising firm in Chicago, where he wrote McDonald’s first national slogan, “Where quality starts fresh everyday.” Eventually, he moved to Santa Barbara and became a McDonald’s franchisee, owning and operating six McDonald’s locations in the Santa Barbara and Goleta area until his death in 2008, at age 89. Peterson originally set out with two goals: to create an easier and handheld version of his favorite breakfast food, eggs Benedict, and to plug the hole in the McDonald’s menu that was breakfast.

1971, McDonald’s owner Ray Kroc visited Peterson’s State Street McDonald’s and ate not one, but two of Peterson’s creation. Kroc loved it so much that it was on the menu of virtually every McDonald’s by 1973.

is this important? By introducing the Egg McMuffin, McDonald’s became the first of many fast-food companies to offer a breakfast menu, and that trend continues to this day. An article published last July by the Wall Street Journal found that while 40 percent of Americans eat out at least twice a week for lunch and 50 percent do so for dinner, only 30 percent eat out twice a week for breakfast. By the mid-’80s, one out of every four breakfasts that Americans ate away from home came from McDonald’s, and the company still hovers around that number. In 2012, McDonald’s sold $10 billion in breakfast, a third of the $31.7 billion of breakfast sold nationwide by fast-food chains. In 2013, McDonald’s had $8.96 billion in breakfast sales, around 20 percent of the market.

Americans spend less and less time eating breakfast, averaging around 12 minutes now, fast-food options look more and more appetizing. According to the Wall Street Journal, breakfast cereal sales have steadily dropped over the last few years, and the industry now only pulls in $10 billion a year — as much as McDonald’s 2012 haul. This huge market explains why every fast-food company is rolling out a breakfast menu, from Burger King to Jack in the Box and Starbucks and, most recently, Taco Bell.

However, not every restaurant is going to find success. Between 2010 and 2012, Wendy’s tested a breakfast menu in various markets in the U.S., before finally discontinuing it due to lackluster sales. Even McDonald’s saw a downward slide in their breakfast sales. Taco Bell is simply the latest contender in the breakfast game attempting to wrench away a part of the market so deeply controlled by McDonald’s. Amazingly, in 2012, McDonald’s made more money in breakfast sales than Taco Bell did in total.

it or not, McDonald’s is an American institution, and the way it’s going, it will continue to be for a very long time. Just remember that the Egg McMuffin, invented right here in Santa Barbara by Herb Peterson in the early ’70s, was the breakfast sandwich that started a $30 billion industry.

Tuesday, Jan. 27 Central Coast McDonald’s celebrates the seventh annual Herb Peterson day. The Egg McMuffin will be available for $1 during breakfast hours to honor its creator.