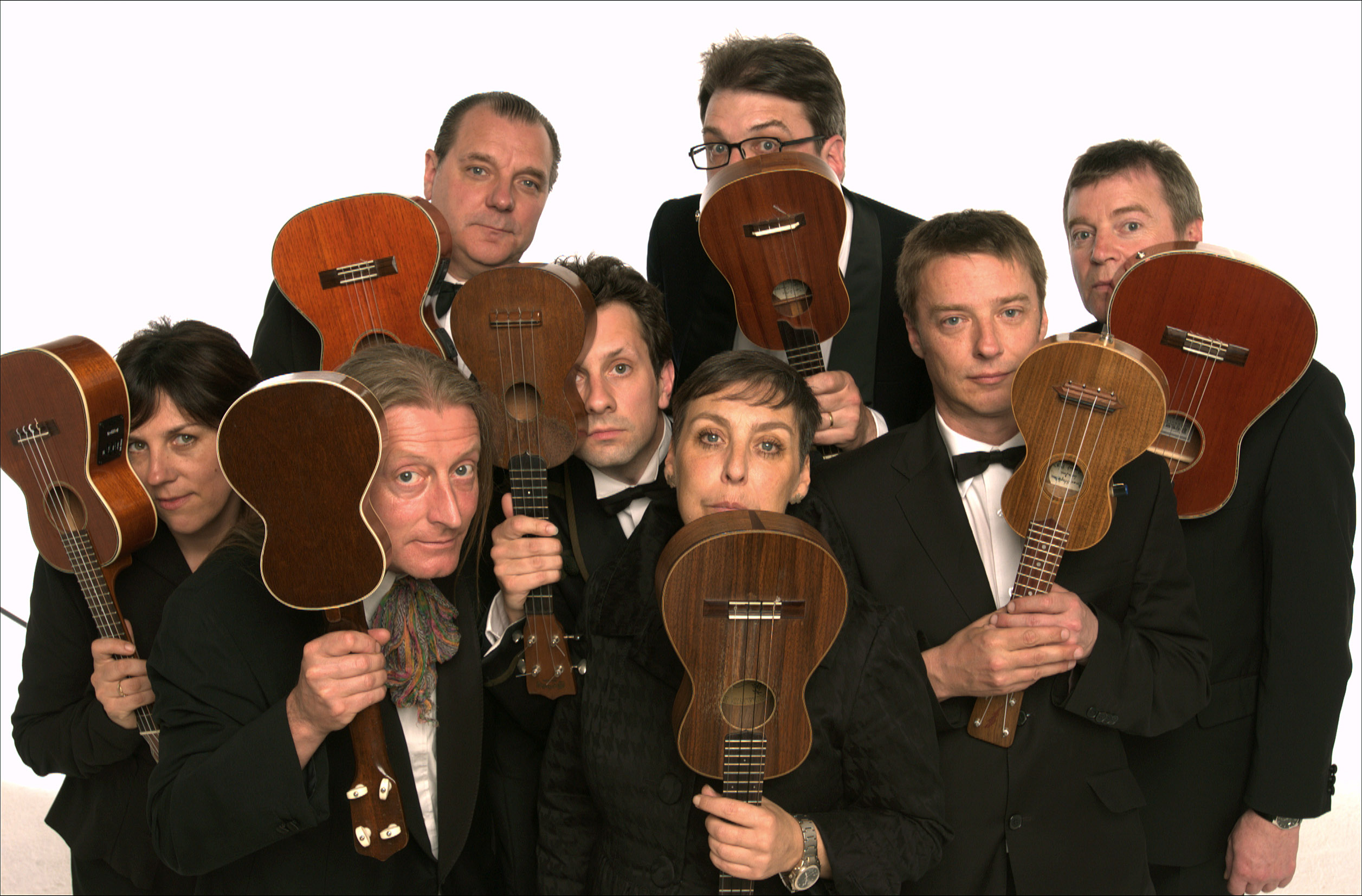 Back for a second performance, The Ukulele Orchestra of Great Britain dazzled the Campbell Hall stage on Jan. 20 as part of the UCSB Arts & Lectures winter season. The origins of this orchestra are interesting. Tired of the conventions of the music business, the founders created the group in 1985 based on the strange idea of an orchestra consisting of ukuleles of different sizes. Thirty years later, this strange idea is what makes The Ukulele Orchestra of Great Britain a continued success. Their ability to charm crowds with their humor, musicality and versatile song choice on the ukulele separates the orchestra from other performing groups.

Not new to the music scene, The Ukulele Orchestra has previously released albums and DVDs with their own label, as well as with CBS, Sony, Longman, Volume and the Ministry of Sound. In addition to covering popular songs of various genres, the orchestra’s original compositions have been featured in TV, plays, commercials and film including silent films for the British Film Institute. The orchestra has also been invited by classical music channel BBC Radio 3 many times to play live on-air, as well as BBC Radio 1, the rock music channel.

On Tuesday night, the orchestra attracted and entertained the crowd at Campbell with lively music and a pleasant sense of humor. Though the crowd was comprised of mostly older, middle-aged men and women, UCSB students piled into the seats.

The orchestra played original songs and covered wide selections of music, from country singer Dolly Parton’s “Joshua” to French classical composer Camille Saint-Saëns’ “Danse Macabre.” Though the performance consisted of eight members playing in unison, each member performed with his/her own distinct character. Some sang solos, displaying a versatility between the plucking and vocals.

“Excuse me if I sound like Jimi Hendrix on Quaaludes,” joked soloist George Hinchliffe as he covered English rock band Blur’s “Song 2.”

Different types of ukuleles were featured, including soprano, concert, baritone, tenor and even bass. The variety of ukes allowed the players to play simple and virtuosic tunes in both high and low registers. After many ’70s song covers, the orchestra gave a rendition of Lady Gaga’s “Born This Way.” More upbeat songs followed, and a re-energized crowd erupted in syncopated claps.

“We only have time for one more song,” Leisa Rea said, to which the audience sighed in unison. “Yeah, sorry. We’re going to have to play it,” she teased.

Overall, an enjoyable night filled with tuneful plucking and clapping was had by all. Created to be entertaining and strange, The Ukulele Orchestra of Great Britain do not take themselves too seriously. But that is not to say that listeners don’t take them seriously. Whether they are playing popular tunes, complicated chords or just a simple melody, every talented member of the orchestra creates beauty and amusement in a special way that deserves notice for decades to come. If you ever thought the ukulele was a limited instrument, you would have been proven wrong that night at Campbell Hall by The Ukulele Orchestra of Great Britain.