The Daily Nexus
Sports
Men’s Basketball Rolls Past UCR Without Big Al
January 23, 2015 at 12:01 am by Mark Salay 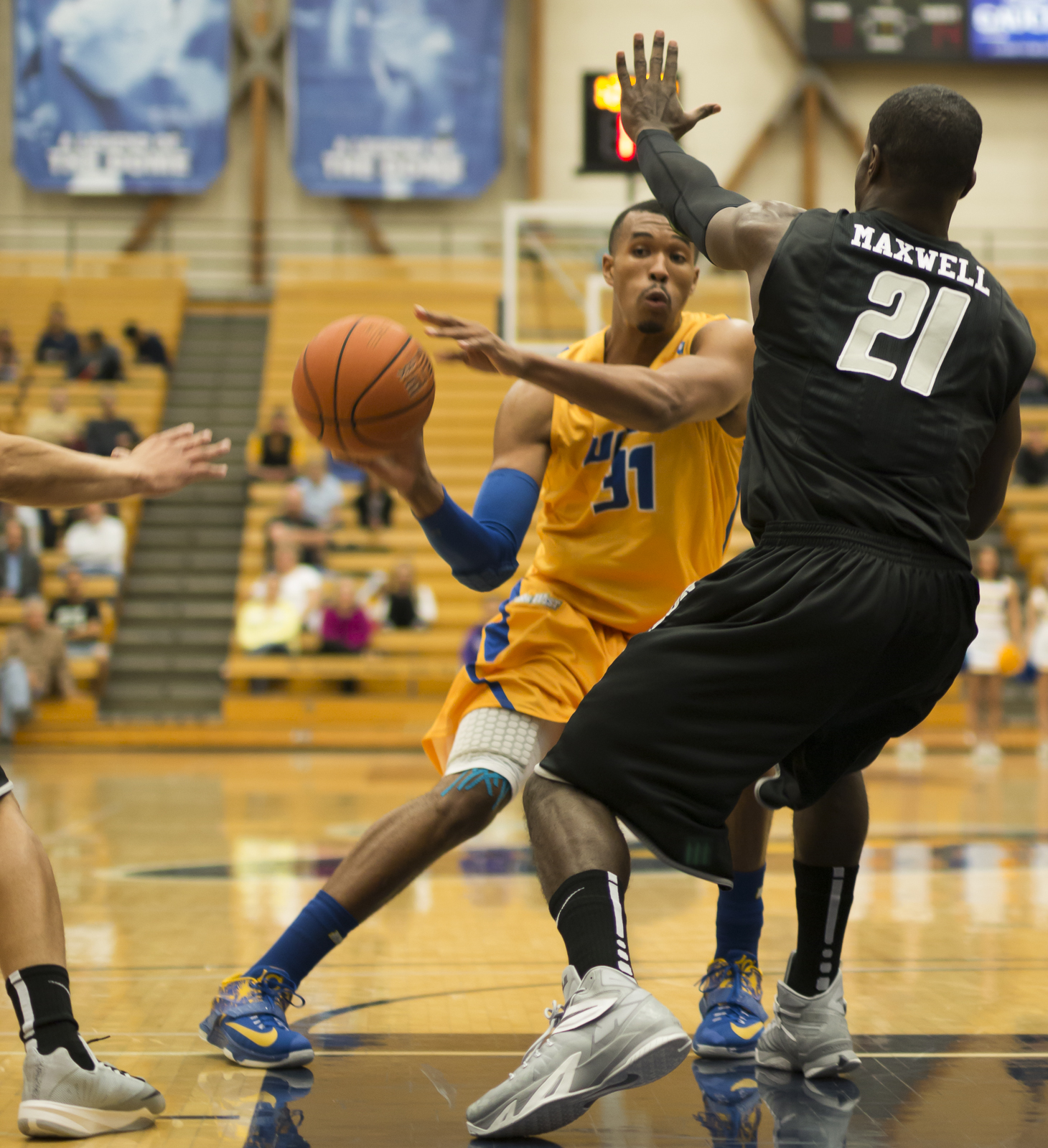 Despite playing without its best player in Alan Williams, the UCSB men’s basketball team delivered one of its finest performances Thursday night in an 83-75 win over UC Riverside at the Thunderdome.

The Gauchos had no problem replacing Williams’ production as junior forward Mitch Brewe scored a career-high 18 points filling in for Big Al.

“I did know I was going to have to step up my game,” Brewe said. “I really just saw it as an opportunity for me to help the team in a time of need when one of our leaders goes down, just step up and contribute all I can.”

Santa Barbara stops a two-game skid with the victory to improve to 9-9 overall and 2-2 in the Big West. Meanwhile, Riverside falls to 9-10 and 2-3 in league, having won only one game on the road.

It was a trio of juniors that got the job done for UCSB. Along with Brewe, guard John Green also scored a career-high in points with 21, adding nine rebounds. Guard Michael Bryson, after scoring no points the previous game, came out shooting to start and finished with 16 points on 7-12 from the field.

“I thought our junior class was excellent. They competed, made plays, made shots,” Head Coach Bob Williams said. “They played with aggression, they went after rebounds. They played the way they were capable of playing, which was really good to see.”

UCSB shot 51 percent for the game, primarily because the Gauchos made an emphasis on scoring in the low post, punishing the Highlanders 32-18 in the paint. UCR was tied with the Gauchos going into halftime, in large part because of its eight threes made from the perimeter.

However, the hot shooting did not translate into the second half for the Highlanders, while UCSB remained aggressive for the duration of the game.

“We challenged them well before Al went down, that they have to be more assertive than they were last week,” Coach Williams said. “I’m happiest about how we came out and competed. We played more aggressive, we went at the rim, we did things you got to do in a basketball game.”

Point guard play was a major advantage for the Gauchos. Although not apparent on the stat sheet, senior guard Zalmico Harmon had a standout performance, delivering the ball to the right man and orchestrating the offense for UCSB.

Sophomore Eric Childress again proved to be a valuable asset off the bench; his eight rebounds were a career-high and his eight points were the most he has scored so far in the season.

“Seeing [Childress get eight rebounds] just tells you how aggressive he was offensively and defensively,” Bryson said. “He read the passing lanes and played a great game.”

For UC Riverside, junior guard Jaylen Bland led the team with 21 points and senior guard Austin Quick gave the Highlanders a lift off the bench, going 4-7 from the field to finish with 13 points.