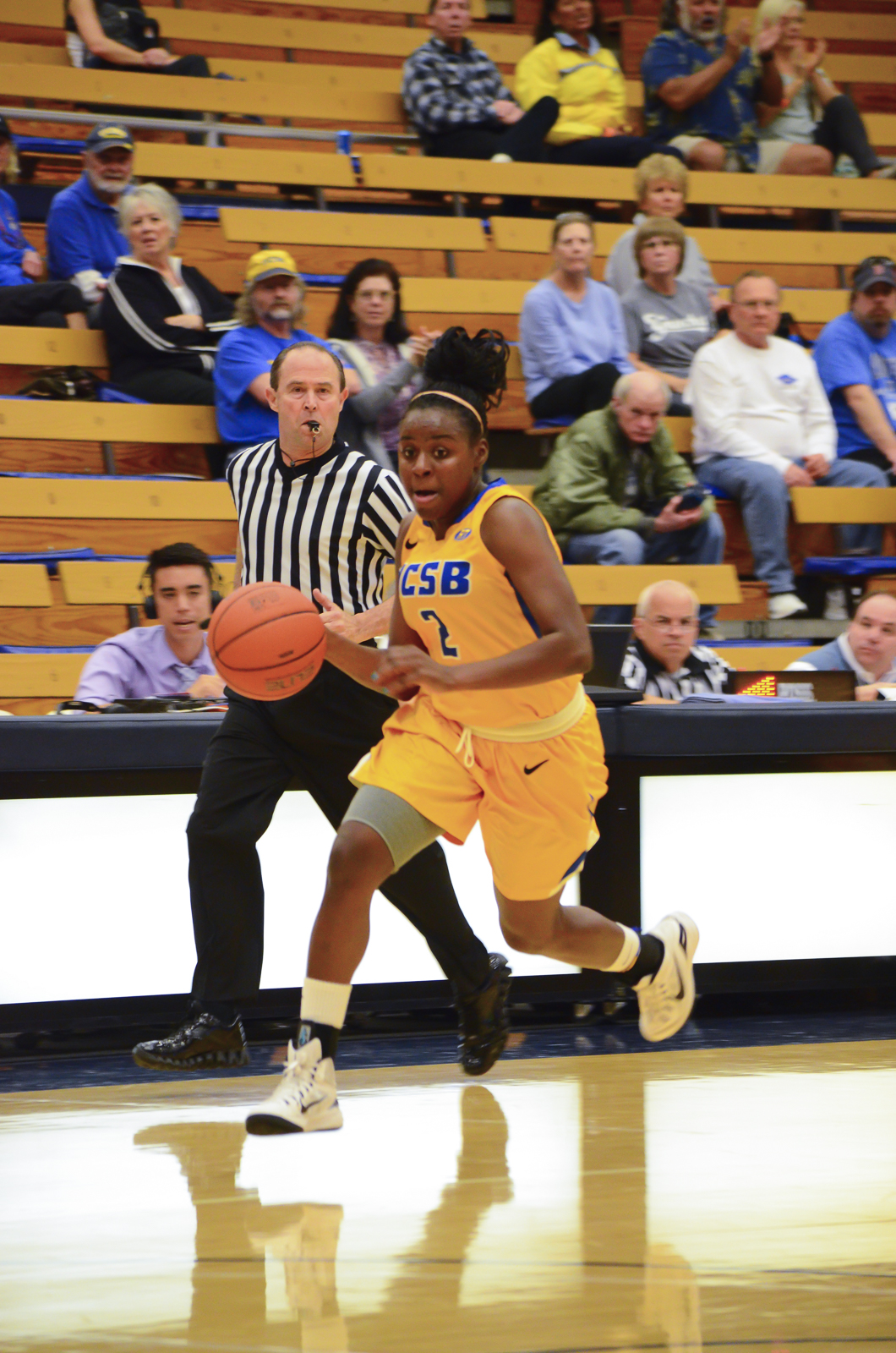 Outstanding performances on the offensive end, including a career night from freshman guard Makala Roper, were not enough for the UCSB women’s basketball team to pick up its first win this season as it fell to UC Riverside last night 89-74. The Gauchos will remain on the road tomorrow night when they play at Cal State Fullerton.

The much needed win brings UCR to 2-3 in conference and 11-8 overall as it tries to improve upon its current seventh place standing. UCSB remains in last place now at 0-17 overall and 0-4 to begin Big West play.

A rare hot start out of the gates saw the Gauchos take an 11-6 lead after a jumper by junior forward Kendra Morrison with 13:34 remaining in the first stanza. From that point on it was all downhill for UCSB, as Riverside answered back with a 25-4 run to take control of the game.

UCR’s Brittany Crain was unstoppable as she has been for most of the season, knocking down 5-7 three-pointers in the first half alone. The junior guard played every minute of the game, finishing with 29 points on 11-18 shooting to go along with six rebounds and two steals.

The second half told a very different story for the Gauchos, who were the hottest they’ve been all year. With just four turnovers as a team in the half, UCSB scored 48 points behind the shooting of Roper, who finished the night with a career-best 23 points on 9-13 from the field and 5-8 from downtown. Senior guard Kristine Brance also chipped in with 12 points with a perfect 4-4 shooting mark, and sophomore point guard Onome Jemerigbe nearly recorded a double-double with 10 points and eight assists.

UCSB recorded offensive season-highs all over the place, including its 74 points, 54.5 percent shooting overall and 60 percent from threes, and 23 assists.

Despite outshooting the Highlanders though, the difference came on the glass and from the free-throw line. The Gauchos, who had a -10 rebound margin coming into the game, could not solve one of their biggest problems as they were outrebounded 34-23. Riverside also attempted 28 free throws, double what the Gauchos attempted, making 22 of them.

For the Highlanders, junior guard Annelise Ito poured in 21 points to back up Crain, while freshman guard Michelle Curry added 19 of her own. Both players capitalized from the line all night, accounting for 20 of the team’s 22 made free-throws.

Against Cal State Fullerton tomorrow night, UCSB will be up against another dominant scorer in Chante Miles. The senior guard trails only Crain in scoring for the year, coming in at 18.9 points per game and leading her team by knocking down nearly three three-pointers a game.

This will be the best matchup that the Gauchos have had since the beginning of Big West play, as the Titans average just 60.8 points per game, good for seventh in the conference. If UCSB is able to stay hot, it will have its best chance in some time to pick up its first win an end a 22-game losing streak that dates back to last February.

The Gauchos and Titans are set to tip-off tomorrow at 6:00 p.m. in Titan Gym.