The Daily Nexus
Tennis
UCSB Heads to Arkansas for Season Opener
January 22, 2015 at 5:00 am by Ryan Martin 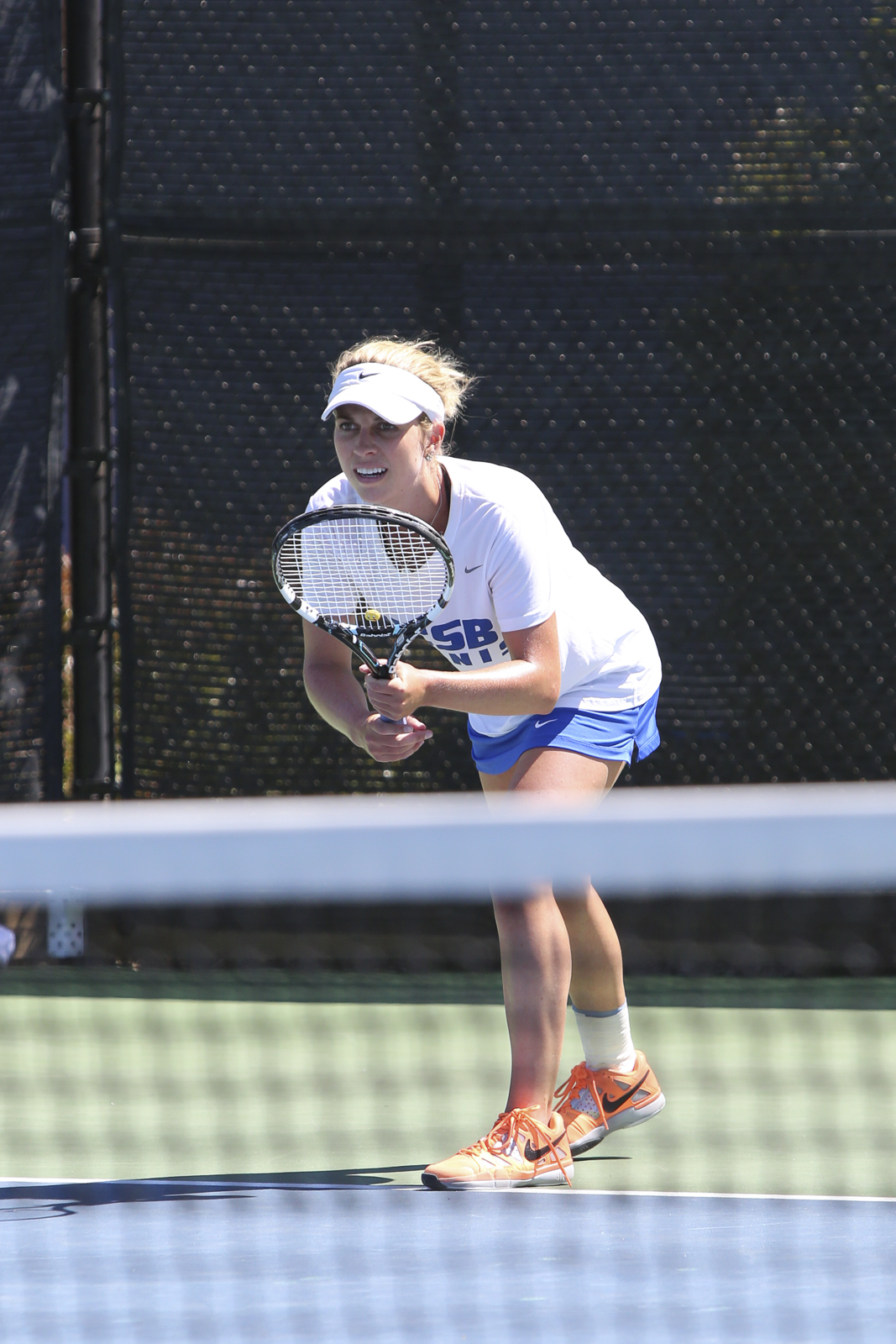 The UCSB women’s tennis team will travel all the way to Fayetteville, Arkansas this weekend to take on the Southern Illinois Salukis. It will be the Gauchos’ first test since competing in the San Diego State Fall Classic in early November.

The Salukis, led by senior Natasha Tomishima and sophomore Meagan Monaghan, will look to get back on track after a 7-0 loss to Louisville dropped them to 1-1 on the young season.

Southern Illinois has seen increased success in its doubles matches this year but Head Coach Audra Anderson made it clear that the team must get more consistent singles play moving forward.

The Gauchos, meanwhile, bring a very young squad into the 2015 campaign featuring six underclassmen on the concise nine-player roster.

“We only have nine players on the team, which makes it easy for us to communicate well and really get to know each other on a personal level,” sophomore Jaimee Gilbertson said. “The team we have right now is extremely close.”

Sophomore Melissa Baker figures to be the team’s number-one singles player after emerging victorious in the championship of the purple bracket at the San Diego State Fall Classic.

Junior Priscila Garcia, the team’s number-two singles player, brings welcomed leadership to a young Gaucho team. Garcia also had a strong showing at SDSU’s Fall Classic, going undefeated until her final match of the tournament. Baker and Garcia also form the Gauchos’ number one doubles team heading into the weekend.

Formidable talent can be found up and down the roster, however, as seniors April Scatliffe and Stacy Yam provide a strong veteran presence and round out what should be a very competitive squad.

Third-year Head Coach Simon Thibodeau will look to improve on last year’s fifth place conference finish after a promising fall performance. Thibodeau was brought over from Fresno State in the summer of 2012, after a dominant nine-year run including seven WAC titles and two-second place finishes.

“I think it’s awesome how [Coach Thibodeau] really inspires us to do better and work harder every day,” freshman Natalie Da Silveira said. “He’s a lot different from any coach I’ve ever had; he likes to get out there with you and play with you.”

One aspect that makes this Gaucho team unique is the international presence as almost half the team comes to Santa Barbara from foreign countries. Da Silveira and Garcia both hail from parts of Brazil, while Gilbertson claims Noosa, Australia as her birthplace. Freshman Lou Adler just recently moved to the United States from Vaucresson, France.

The Gauchos will play Southern Illinois Friday in the first match of a double-header, with a bout against home team Arkansas immediately following. Santa Barbara will round out their trip to the Midwest by playing No. 24 Oklahoma on Saturday.