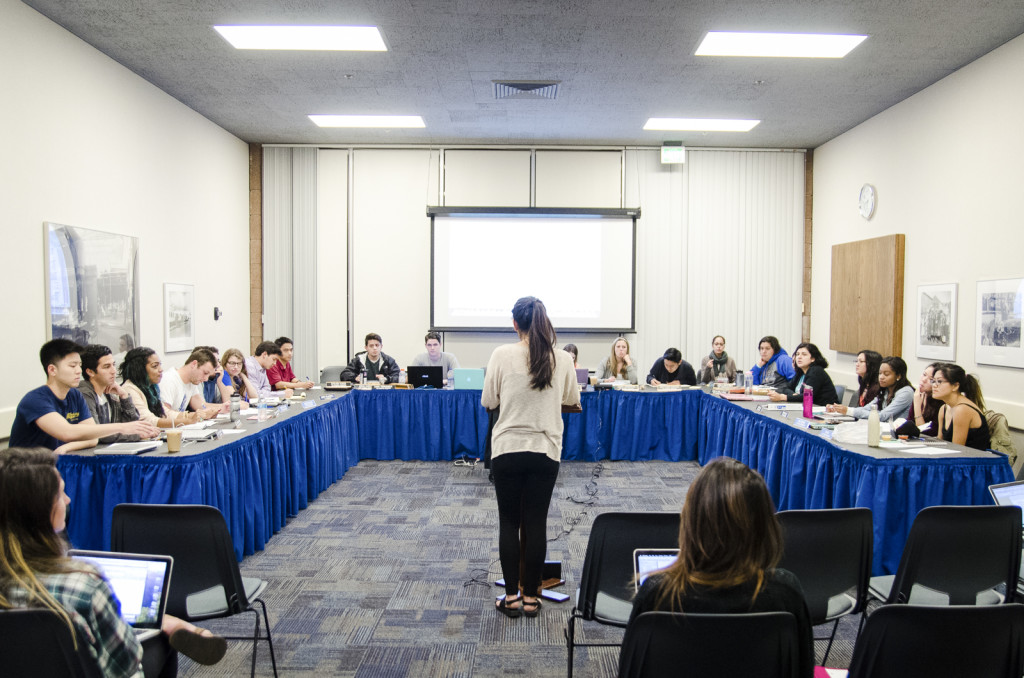 A.S. President and fourth-year sociology and psychology major Ali Guthy discussed matters related to future programming at A.S. Program Board, a 24-hour café pilot program and plans to build a new entrance for the A.S. Main Office within the MultiCultural Center (MCC).

According to Guthy, A.S. Program Board is making progress in creating long-term, alternative programming during Halloween and Deltopia.

“A.S. Program Board is working on doing some event planning for Deltopia, and kind of moving on to some sort of long term solution for programming during major Halloween, Deltopia and major events in the future,” Guthy said. “So more information on that will be coming relatively soon.”

Guthy also tried to correct misconceptions about her proposal to build a new entrance for the A.S. Main Office.

“The new entrance proposal. I know that an article came out in the Nexus. There were some inaccuracies in the understanding of where this would be,” Guthy said. “No student fees have been spent, no formal proposals have been made, but we’re looking into demolishing one of the A.S. President offices on the left side of the ticket office on the opposite end of the MCC.”

Guthy also revealed an upcoming pilot program to test whether or not student demand exists for an on campus 24-hour café and announced a pilot program for the idea to occur at the end of the quarter.

“We tried to reach out to the UCen to do more of like a large-scale pilot program but they really want to test the feasibility that students will actually use it enough to cover the cost of the program,” Guthy said. “What we’re planning to do is keep the Study Bean in the library open 24 hours during dead and finals week. That’s gonna be a test to see if that’s a service that students would want.”

“The idea of mental health first aid is that, like, what does normal first aid teach? You don’t know how to perform surgery on somebody, but if you see a problem you can address it right then, right there,” Villarreal said. “So eventually for this program we want to expand it to have as many students on campus as possible that can recognize [distress] before you’re really in trouble [and say], ‘Hey you doing okay?’”

According to A.S. Senator Matthew Santos, the purchase of a school supplies vending machine, which the Senate had previously passed a bill on, is currently in progress.

“The issue that we’re working on for next week is starting a conversation with a specific company to purchase a vending machine,” Santos said. “The next step is identifying sources of funding… And we also wrote a list of the supplies that are a priority in including in this vending, things like blue books, green books, number two pencils.”

A version of this story appeared on page 4 of the January, Thursday 22, 2015 edition of the Daily Nexus.