The Daily Nexus
Swim and Dive
Men’s Swimming Takes on Pacific, Women Close Out Home Schedule
January 22, 2015 at 5:00 am by Daniel Moebus-Bowles 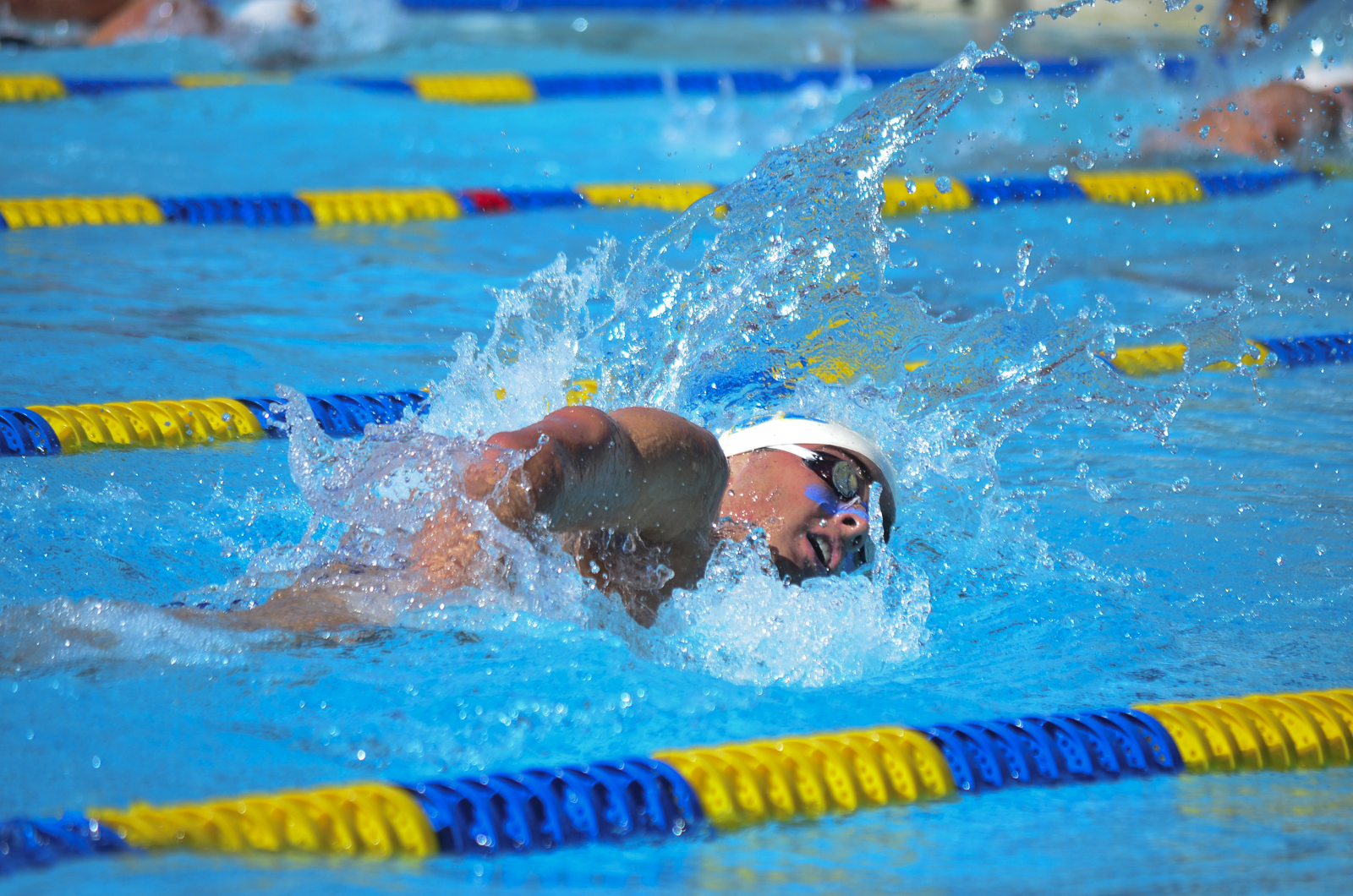 The UCSB men’s and women’s swimming teams will both be in action this weekend, with the men going head-to-head against Pacific University and the women competing in a three-way meet on Friday with Pacific and Loyola Marymount before hosting UC Davis on Saturday in their final home meet of the year.

The men have only dropped one head-to-head meet this season and the women only three after falling recently to UNLV at home.

Tomorrow will be the last time the men’s team competes at Campus Pool for the 14-15 season. It will have one more meet with rival Cal Poly to follow this weekend before heading to the MPSF Championships. These next couple of meets are crucial in the Gauchos’ preparations to win the title that they have sought after since joining the conference in 2010.

The men are most recently coming off of a win over a long time rival of UCSB on the hardwood, the UNLV Rebels. The guys headed out to Las Vegas last weekend to take on this team on their own turf and showed dominance winning 151.5-110.5. They took first in many events, but none as breathtaking as the 200-meter backstroke in which freshman Billy Mullis gave himself a four second margin between himself and the second place swimmer. He came in at a time of 1:50.97 and continues to shock the competition in his first collegiate year.

Some other notable performances by the Santa Barbara men included their sweeping of the fly events on the day. The Gauchos took first in both the 100-meter and 200-meter butterfly events with sophomore Yoessef Tibazi and junior Mickey Mowry wearing the crowns, respectively. They came in at times of 48.94 and 1:47.98.

The women have quite the weekend ahead of them and, like the men, have a huge opportunity to improve and prepare for the Championship that is just around the corner. In their most recent loss at home to the Rebels, the Gauchos fought all the way through the last event and just barely fell short by a heartbreaking score of 128-134. What kept them in this meet ’til its finish was none other than their leader, senior breaststroker Katie Records.

Records, in her final year as a Gaucho, has dominated everywhere from preseason tournaments, to head to head matches, and even individual tournaments, such as her recent trip to the Texas Invitational. She showed again why she can achieve such accolades with her performance at home against UNLV. Records led a Gaucho sweep of 1st, 2nd and 3rd in the 100-meter breaststroke with a time of 1:04.91, just to start off her day. She followed this up with a repeat performance in the 200-meter breaststroke, a time of 2:20.38, and brought it all home with her third individual win of the meet in the 200-meter IM, coming in at 2:05.98.

The meet tomorrow is set to kick off at 11 a.m. and Saturday’s at 9 a.m. Both will take place at Campus Pool.