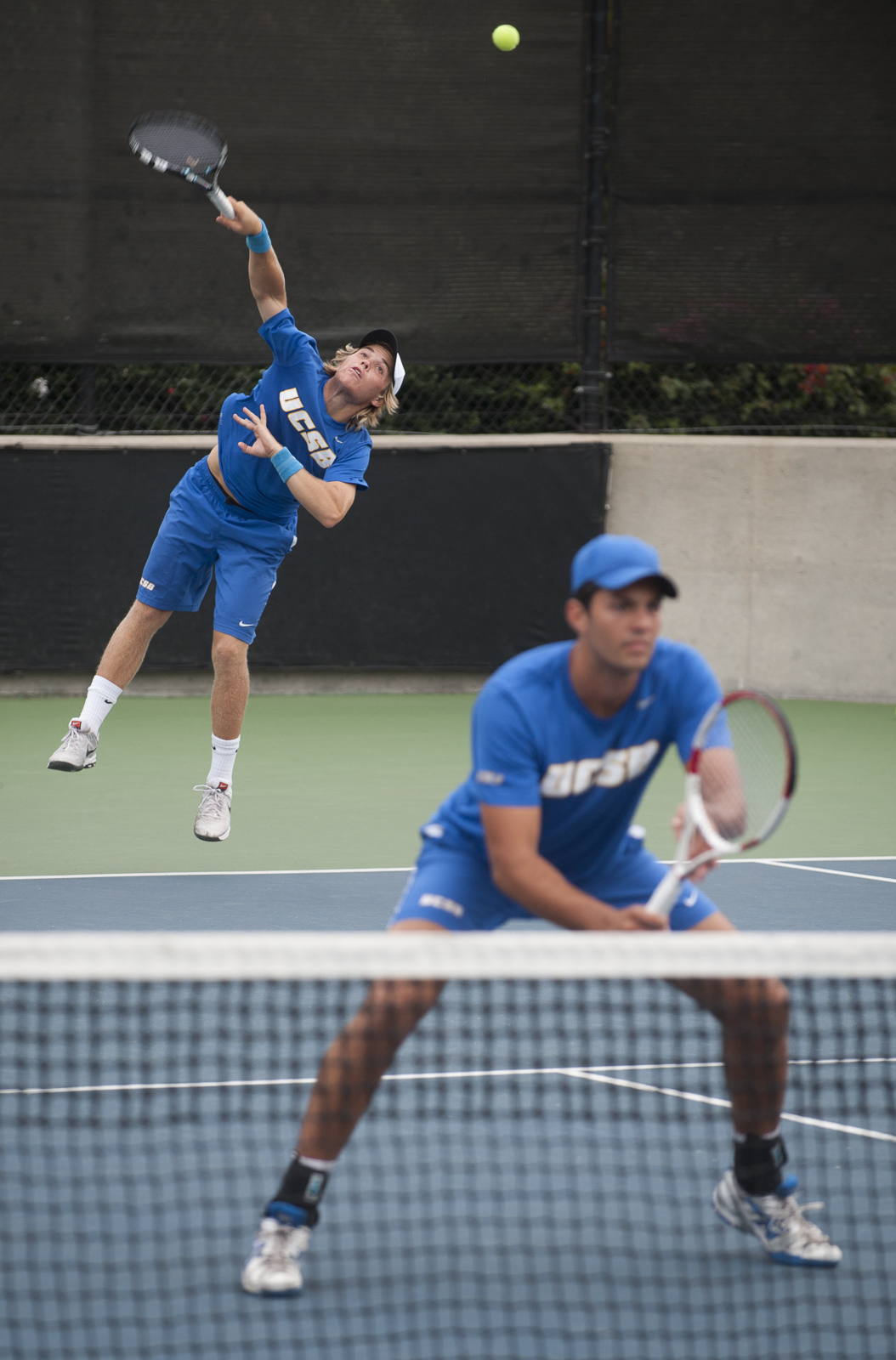 This past weekend, the UCSB men’s tennis team made a trip down to the state of Texas to take on No. 37 TCU and Southern Methodist University in its first two head-to-head matchups of the season. The Gauchos dropped both bouts by the same score of 6-1.

With these two losses, the UCSB team falls to an 0-2 start while TCU and SMU both jump out to 1-0 overall. In their first match on Sunday, the Gauchos truly struggled to shake off the preseason rust and find their rhythm on the court. The doubles teams started the day off and set the right tone, fighting hard against the Horned Frogs in three different matches.

Unfortunately, the Gauchos would lose two by scores of 6-2 and 7-5 while their third went unfinished. The unfinished match featured UCSB’s team of senior Tobias Galskov and freshman Chase Masciorini against the No. 15-ranked doubles team of freshmen Cameron Norrie and Trevor Johnson. The Gauchos held off this respected team by a score of 5-4 before the play was ultimately halted.

The singles game looked much like the doubles, as the Gauchos were unable to assert any dominance in play. They dropped five of their six matches against the Horned Frogs. The lone bright spot for the team happened to be on the far end of the roster. Junior Andrew Riminton played on the sixth-ranked court and took a victory with two straight sets of 6-3 and 6-4 and gave the Gauchos their one point of the competition.

After dropping this first match of the season, UCSB headed from Fort Worth to Dallas and once again ran into some troubles getting their feet underneath them as they kicked off 2015. Southern Methodist University showed dominance on all ends.

The Gauchos were once again defeated in doubles play by scores of 6-2 and 6-4, while the second court of junior Nathan Eshmade and Riminton were caught in an unfinished battle of 5-4 in the Mustangs’ favor.

The Gauchos took a nostalgic hit in the singles competition as they once again fell in five of their six matches. Sophomore Morgan Mays was the standout in the Gauchos’ defeat as he held on through three sets to take the sole victory of the day by scores of 6-3, 4-6, 7-6.

Eshmade provided a spark and made for an interesting match as well in his singles duel. Although the junior out of Australia took a loss, he had an excellent second set to force a third after being shut down in the start 6-1. His 6-2 victory raised him to the tiebreaker where he lost 6-1.

The Gauchos will be looking to get their first victory of the season in their home opener this Saturday. Matches are set to start at 1 p.m. at UCSB.