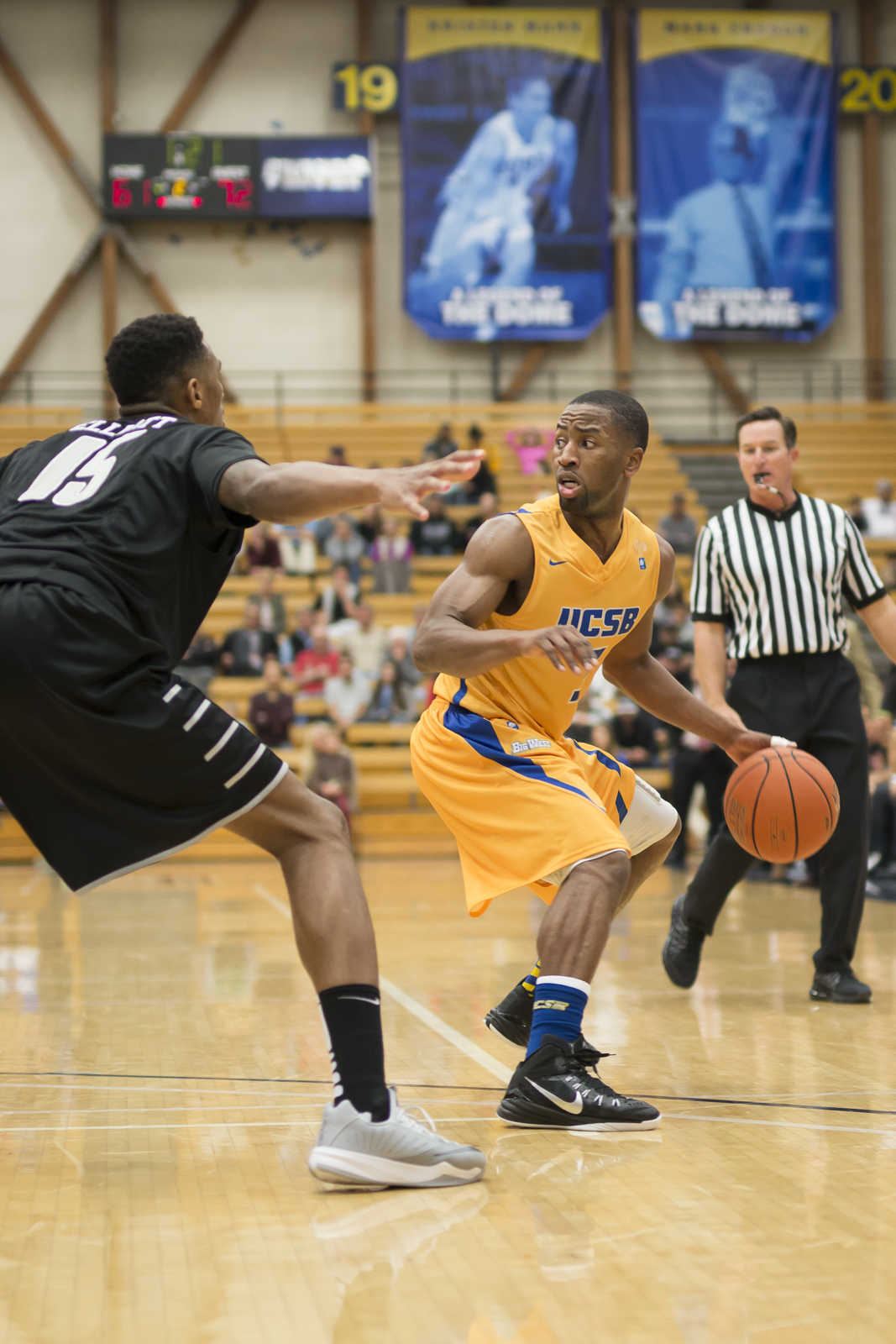 Devonte Elliot did not play like someone who shoots 22.7 percent from the field. But, last night against the UCSB men’s basketball team, Elliot went 8-12 from the field for 23 points as the Matadors defeated the Gauchos 74-63 at the Thunderdome.

Elliot’s uncharacteristic shooting night was reflective of the overall offensive production of the Matadors. Using a 56 percent shooting performance, the Matadors started fast out of the gate and never looked back.

“[Elliot] had a really good game. He stretched the floor out which was kind of difficult to guard,” senior guard Zalmico Harmon said. “We let them get going. We didn’t contest shots and once they got going, it got kind of hard to stop it from there.”

UCSB drops to 1-1 in the Big West and 8-8 overall with the loss. For UCSB, the loss is reminiscent of last season, when the Gauchos also lost their conference home opener against Cal Poly, resulting in the team losing out on the No. 1 seed in the league tournament.

Meanwhile, CSUN picks up its first win of conference season after losing its previous two games and improves to 5-13 overall and 1-2 in league. Santa Barbara understood the Matadors’ record was not indicative of the team’s talent, and experienced it firsthand.

“I think talent wise they’re really good. They have four starters back from a team that lost in the Big West Championship last year,” Head Coach Bob Williams said. “… If you overlook them, you’re crazy. So, as a coaching staff we did not overlook them. They’re a scary team.”

What made the game even more difficult for UCSB was it was virtually without its best player in senior center Alan Williams. Williams came down with the flu prior to the game and it was apparent that he was not his usual self, as he did not possess the energetic dynamic he often brings.

“It was a tough night for sure. I’m not exactly sure how [Williams] is feeling,” freshman guard Gabe Vincent said. “It’s tough to play sick, but he came out here and battled.”

Williams finished with five points and seven rebounds, both a season-low. With Big Al only on the floor for 25 minutes, the Gauchos were severely undersized and outrebounded 34-23. Already a very tall team, CSUN used its height and athleticism to outmatch the Gauchos on both sides of the ball.

“Hicks, Maxwell and [Elliot] were pretty relentless on crashing the glass,” Harmon said. “Sometimes we didn’t block out and release … They are relentless athletes so they went out and got it.”

After trimming the lead to five with a little over three minutes left, UCSB could not stop the Matadors from penetrating to the basket or hitting jumpers, and Northridge used the little time remaining to its advantage.

For Santa Barbara, Vincent led the way in points with 15. In the first half, Vincent nailed three treys to keep UCSB within striking distance, leaving the Gauchos down 35-32 going into halftime.

Northridge’s senior guard Stephan Hicks added 17 points and despite getting only six rebounds, CSUN’s best player in senior forward Stephen Maxwell, was a factor in the game.

The only other player in double digits for UCSB was Harmon, who finished with 11 points and six assists.

Now the Gauchos have the difficult task of recovering from the loss and going on the road to play Long Beach State Saturday.

Saturday’s game against LBSU is scheduled for 4 p.m. and will be televised on ESPN3.