The Daily Nexus
Volleyball
Gauchos Bring High Expectations to Hawaii
January 16, 2015 at 4:50 am by Edward Moss 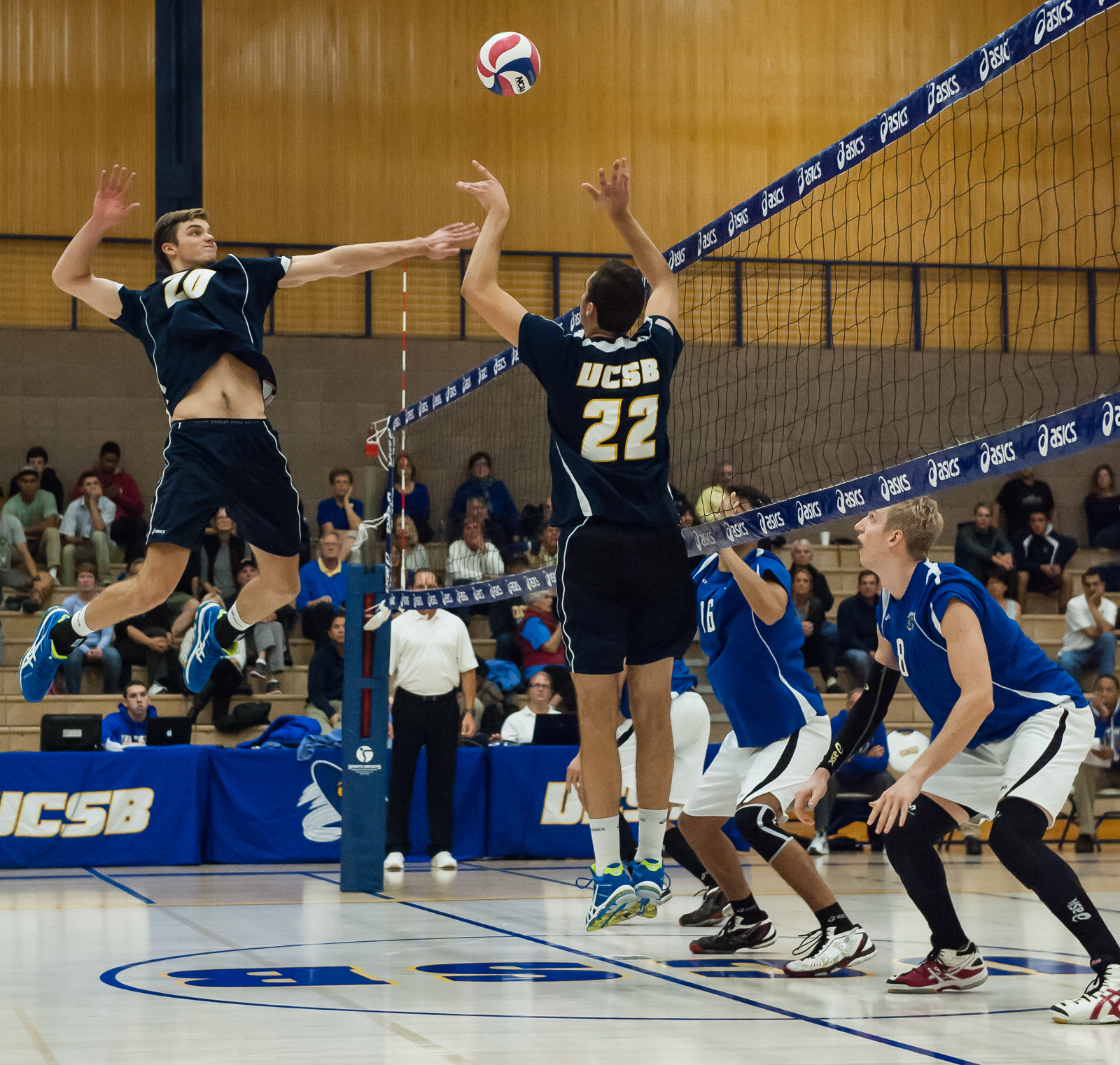 ​The UCSB men’s volleyball team travels to Hawaii this weekend to take on the Rainbow Wahine with matches on Friday and Sunday. These will be the first conference matches of the season for both teams as they begin their journeys for a top spot in the MPSF.

​UCSB is 4-0 this season after defeating Saint Francis last Thursday and going undefeated in the UCSB Asics Invitational this past weekend with victories over Limestone, Princeton, and IPFW. The Gauchos are now ranked No. 3 in the nation after a strong first week of the season.

​“We need to be more competitive in nature,” junior outside hitter Weston Nielson said. “We can’t take any plays off … It’s gonna be a real challenge this weekend.”

​The ‘Bows were back and forth with UCI for most of the final, but in the end they could not pull out the victory. After a competitive first set and a half wherein the Anteaters barely had control, UCI went on a run to go up 12-5 in the second game and never looked back. After winning the second game 25-21, the ‘Eaters jumped out to a 12-6 lead in game 3 and went on to win it 25-19 to seal the victory.

​“They’ve got a lot of firepower,” Nielson said. “We’re gonna have to serve and block really well in this game.”

​Hawaii boasts a strong lineup led by middle blocker Taylor Averill and outside hitter Brooke Sedore. Averill, a redshirt senior, was named first-team AVCA All-American and first-team all MPSF in 2014, while Sedore, a senior, was named honorable mention AVCA All-American and second-team all MPSF in 2014. Averill was also named MPSF Player of the Week for the first week of the season after netting a team-high 13 kills in the team’s first win of the season against Stevens Institute of Technology.

​“The biggest thing we need to do is serve tough,” junior setter Jonah Seifsaid. “If we can get them to pass to the mid-line then it’ll take their middles out of the game.”

Adding destruction from the outside hitter position for Hawaii will be junior Sinisa Zarkovic, and setting up the powerful swingers will be sophomore setter Jennings Franciskovic in his first season as the starter.

UCSB will be hoping to get its conference season off to a strong start with these two matches. As they are facing the new challenge of being a highly ranked team to start the season, coming back from Hawaii with two victories will be the Gauchos’ goal and could prove to the nation that they deserve such a high ranking this early in the season.