If you’ve selected this 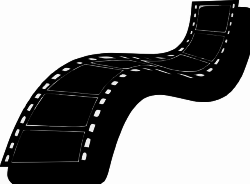 article but, for any reason, are still unsure as to whether or not you should continue reading, let me just say this: within this article I give you explicit permission to spend more of your time watching movies. Intrigued? Good. Let’s get started.

Before we really dive in, I have to admit that there’s one caveat — I’m referring, for the most part, to good movies, especially those that are widely considered “classics.” I’m sorry, but there’s just no way I can endorse the act of watching “White Chicks” or any of its equivalents without feeling a piece of my soul shrivel up and disintegrate. I’m fully aware that film is an art form, and whether or not a movie is “good” can be highly subjective, but good luck convincing me that was not 165 minutes of your life that you’ll simply never get back. I don’t always have a lot of faith in humanity, but I have just enough to believe that these so-called “movies” won’t exactly stand the test of time.

So, with “White Chicks” and “Transformers” out of the way, I can confidently make my declaration: we should all be watching more movies. More than that, we should make an effort to provide ourselves with a real cinematic education. I promise it’s not as pretentious as it sounds — although the phrase “cinematic education” might suggest otherwise. What I mean is that everyone should watch more really, truly good classic movies. As far as art is concerned, I think movies are often under-appreciated and lack a certain amount of cultural clout. Tell someone that you spent the day at the symphony or wandering the halls of a museum and watch their faces fill with wonder. But if you report that you spent the day on your couch marathoning movies, you’ll most likely be met with a look of disdain. It is my personal mission to abolish that look entirely.

For as long as I can remember, I have been in love with movies. I consider myself extremely lucky to have been raised by two film aficionados who both blessed me with an expansive knowledge of film history, and cursed me with an equally expansive and annoying degree of film snobbishness. My cinematic education commenced as soon as I was old enough for my neck to fully support my head, beginning in toddlerhood with “Chitty Chitty Bang Bang” and “The Wizard of Oz.” These were succeeded closely by the likes of “West Side Story” and “Singin’ in the Rain,” then followed with a tentative foray into the gray world of Hitchcock through “Rear Window.” I soon advanced to classics like “To Kill a Mockingbird” and “All About Eve,” content among the likes of Cary Grant and Lauren Bacall and Jimmy Stewart. The first time I saw “Annie Hall,” I think I changed a little bit as a human being. My high school graduation was an important day, but arguably not as important as the first time I watched “Gone with the Wind.” I saw myself in Scarlet O’Hara — emphasis on the strength and independence, not the hoopskirt and cotton plantation.

I learned more from “Thelma & Louise,” “Mildred Pierce” and “Butch Cassidy and the Sundance Kid” than I did from every math class I’ve ever taken combined (apologies to my high school math teachers — you guys did your best, but it was a pretty hopeless cause). From these films and others like them, I learned both the value of friendship and the importance of staying true to one’s self. I learned to view the world around me with appreciation and wonder. Movies educated me, formed me, guided me through childhood and adolescence and comforted me in times of darkness. “The Godfather” gave me what I consider one of the most valuable pieces of advice I have received in my 19 years on this planet — when in doubt, always, always leave the gun and take the cannolis.

Movies are important because they are not only entertaining, but just as culturally significant as any painting or piece of music. Film is often at the forefront of revolution, pushing boundaries and breaking down barriers. Film also gives us a window into the past, providing perhaps the closest thing we have to time travel. When a film makes us laugh, or scream or weep, it is pulling the humanity out from the dredges of our being and forcing it out into the light. Film makes us feel, deeply. Films ask us to question ourselves, the world around us, the universe at large. Movies are, in a way, magic.

If you haven’t seen any of the movies I’ve mentioned so far, then I urge you, drop what you’re doing and go watch one, or two or 10. Here it is, what I promised you all those paragraphs ago — not merely permission, but encouragement to spend the next few hours of your life in front of the TV, preferably with a snack and a hot beverage. Your bio homework will still be there in two hours, but I can’t let you waste another minute without experiencing the wonder that is “Rebel Without a Cause” (if only so you can have an excuse to stare at James Dean) or “Gone with the Wind” (a classic if there ever was one, and my personal favorite film of all time).

By now, I’ve given you my two cents, but I can only lead you so far before it’s up to you to choose your own path. You have it in your power to choose another 90 minutes of Adam Sandler, but I urge you to make a change. Next time you need a break, turn away from Instagram, resist the siren call of binging on a show you’ve seen a thousand times and take a detour into the world of truly fantastic film. I already checked and made sure “All About Eve” is available on Netflix instant stream. No excuses.