The Daily Nexus
Music
Psychology Alum Turns Singer-Songwriter: The Beauty of the Party-Study-Play Music Balance at UCSB
January 15, 2015 at 5:00 pm by Audrey Bachelder 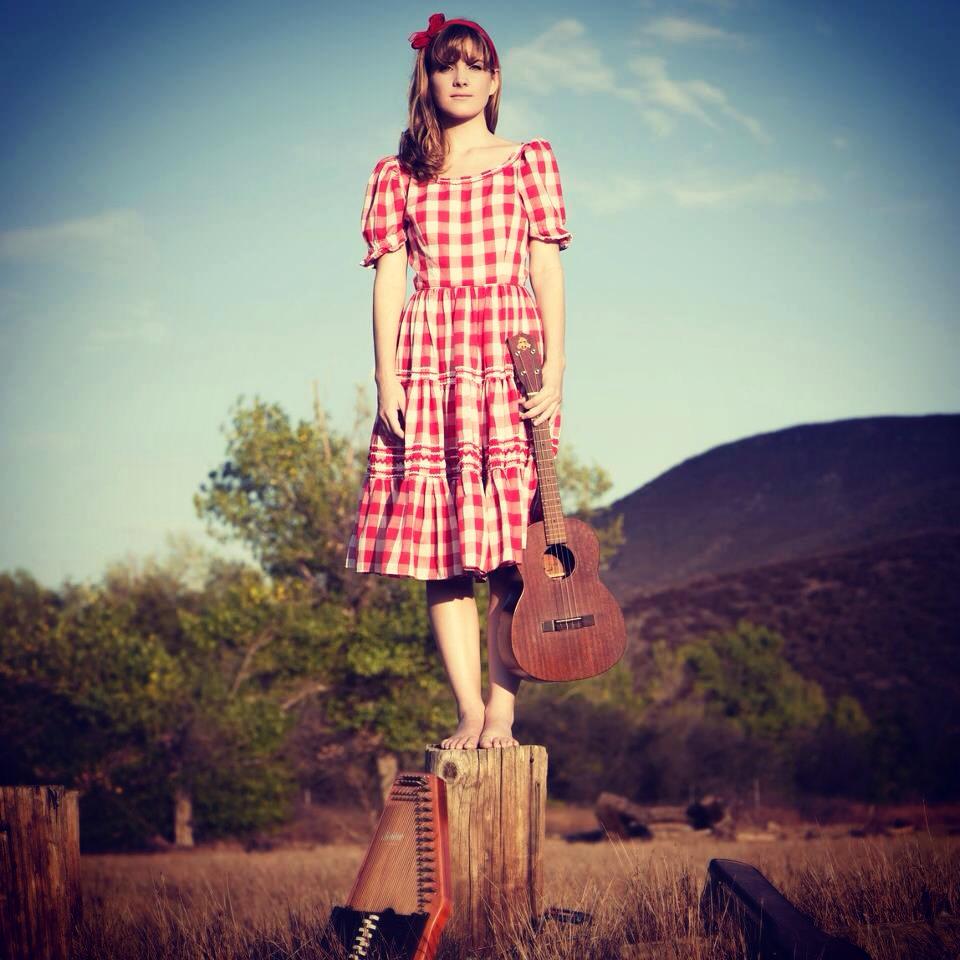 More than any other California school, UC Santa Barbara students have a tendency to get defensive about their alma mater. It’s a delicate topic. Is this a party school, or is this a world-class research university? The answer usually gets tied down in the celebrated Gaucho motto, “Work hard, play hard.”

But what this four letter chant fails to observe is the enormous artistic community that is alive on campus and in our quaint seatown Isla Vista. I.V.’s special aura of friendliness and creativity allows things like Bean Night, the Catalyst Literary Arts Magazine and beach drum circles to exist. The magic of being a student at UCSB is that the wise are able to benefit from three interlocking environments: red-cup atmosphere, reputable research and a music scene that never stops playing.

Enter Sarah LaForge, a UCSB alumnae from 2011. Inspired by her father’s career as a Cognitive-Behavioral Therapist, LaForge went straight to the Psych Info table when she came for Spring Insight in 2007. As a senior, she landed a research assistant position in the Psych Department.

“Sarah was great to work with . . . a bright, inquisitive research assistant. I always looked forward to working with her,” said Kim Hartson, a graduate student advised by Psychology Professor David Sherman. “Sarah conducted a number of studies with me, including her URCA project looking at whether listening to heart sounds reduced physiological stress and improved performance.”

Like a true Gaucho, being an R.A. wasn’t LaForge’s only extra-curricular activity. The UCSB alumnae’s senior year was a mix of being president of Manley Co-op, working on a senior’s thesis and playing music, among other things. “Music became a hobby my senior year at UC Santa Barbara,” said LaForge. “Through the drum circles on the beach [and] the noon Storke shows, there’s such a good music community in Isla Vista. It became a side project along with all this work I was doing to graduate.”

Upon graduation in 2011, LaForge headed straight into the career world, going into social work for disabled and autistic children in Riverside, California. “It was overwhelming . . . it was so hard on me emotionally that I felt like I had no outlet at the end of the day. I was so worried all the time about these kids,” she said.

Facilitating her hobby found at UCSB, LaForge ended her social work term and moved to L.A. to write music. Taking on the stage name of “Lucy,” she formed “Lucy & La Mer” in 2012 as a solo act. Other musicians have been added into the mix in the last couple of years, including Grammy-nominated drummer Matt Cook and bassist Jon Lee Keenan. Lucy & La Mer has played in 10 countries throughout Europe and recently just finished a San Diego to Seattle tour with Australian musician Dolly Denko.

Throughout it all, she’s kept in contact with her mentors at UCSB, and even played at Hartson’s wedding. “I remember my fiancé at the time and I were talking about potentially having a band play at our wedding and Sarah had just posted a new song on Facebook so I sent him a link to her music and he liked it,” said Hartson.

“It just so happened that Sarah was playing a show in L.A. that weekend so we drove down to see what she was like live and we loved it. I remember asking her at the end of the set to play our wedding and she was excited to do so and we were thrilled. It was really lovely to have such a personal connection to the band playing the wedding. It wasn’t just hiring some random band and we knew we could count on her to really make the wedding special and she did.”

Besides performing at weddings for good friends, LaForge funds her traveling adventures by hosting amateur music lessons for small children. “In L.A. there’s a lot of parents who want their toddlers taught what music is. I bring fun percussionist instruments, teach them a few chords, and say, ‘hey let’s write a song together.’” She also recently landed a spot as backup singer for 49-year old EDM legend Moby.

While her life is very different from the days at UCSB testing heart sounds, LaForge hasn’t lost the affinity for study she gained in her degree. In an interview with UCSB’s psych department newsletter, she said, “There’s a surprising amount of research within the music business. Finding your audience is just like finding your sample group – age, location, interest, disinterests, are all important when creating marketing strategies. You’re always hypothesizing about how your group will react and asking questions as you plan.”

LaForge’s future plans involve combining her UCSB Psychology degree with her passion and training to become a music therapist. But for now, she’s enjoying the hectic lifestyle as a freelance teacher and musician-on-the-road.

“After you stop school, you’re looking for something [to do]. I don’t have a test Friday, so what am I looking towards, what do I wanna work on. Music became that,” said LaForge. “You never feel balanced, necessarily. But you feel thriving. You’re doing a million things at once, you’re juggling. It’s not as structured as being in school or having a 9-5 job. But I love it.”

Thriving is the optimum word to describe Sarah LaForge; a UCSB student whose top-notch education and unique environment cultivated her into a singer-songwriter with a research-savvy edge.

To get into contact with Sarah LaForge, go to facebook.com/lucyandlamer