The Daily Nexus
Nexustentialism
It's satire, stupid.
Man Sells Spleen to Buy Coachella Tickets
January 13, 2015 at 10:25 am by Jasmine Vaughn 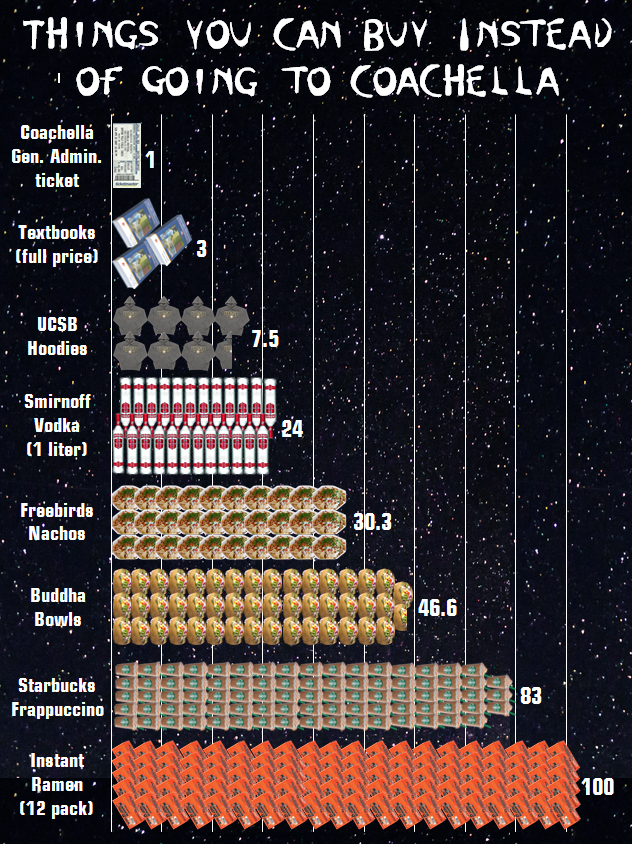 The line in front of the Isla Vista General Clinic wrapped around the block on Jan. 6, the day before Coachella ticket sales went live. Dozens of eager music fans filled the usually empty donation roster after news had spread about the average going rate for various internal organs. Chad Dickeysin, one of the many UCSB students waiting to go under the knife, talked to us about his plans while standing in line.

“When I found out you don’t need it to survive and I could get over 500 bucks for it, I figured it was totally worth it to get that ticket,” said Dickeysin. “Who needs a spleen anyways? Not me. The cool scar I’ll get totally outweighs the loss of some of my ability to fight off infections.”

Another donor in line, Ashley Kincaid, was extremely disappointed to find out her liver donation submission was rejected due to excessive damage.

“Honestly, I should have seen it coming,” said Kincaid. “I guess I’ll just go for one of the kidneys instead. Hopefully they’re still good. You only need one of them to live, right?”

With ticket prices going up steadily over the past several years, it’s not surprising the lengths fans are willing to go to just to afford general admission. 2015 passes are approximately two feet of intestine more expensive than tickets sold to the festival in 2000, and VIP passes are at least half a gallbladder on top of that.

On the other hand, many would-be Coachella attendees have come to the realization that $350 can buy many more useful things than a weekend of frolicking in the desert. Add in the cost of transportation, accommodations, parking and the appropriate eccentric headwear and it can be a steep expenditure to justify for some.

“I was doing some of the math, and with that money, I could buy 150 lattes, 2 pairs of Uggs, 17 cardigans or just tickets to some more reasonably priced concerts,” said Kincaid. “Or like, pay my rent, or something.”

The donation clinic also attracted some for other reasons as well. Michael Smith, kidney donor, stood out from the crowd of flower crowns and festival enthusiasts.

“I don’t actually want the tickets, I’m just trying to pay off my student loans. If you know anyone in the market for human fingers, let me know, because I’m not using all ten of mine and the clinic won’t take them. Please help me.”

Can I sell a somewhat bright daughter for Superbowl tickets?