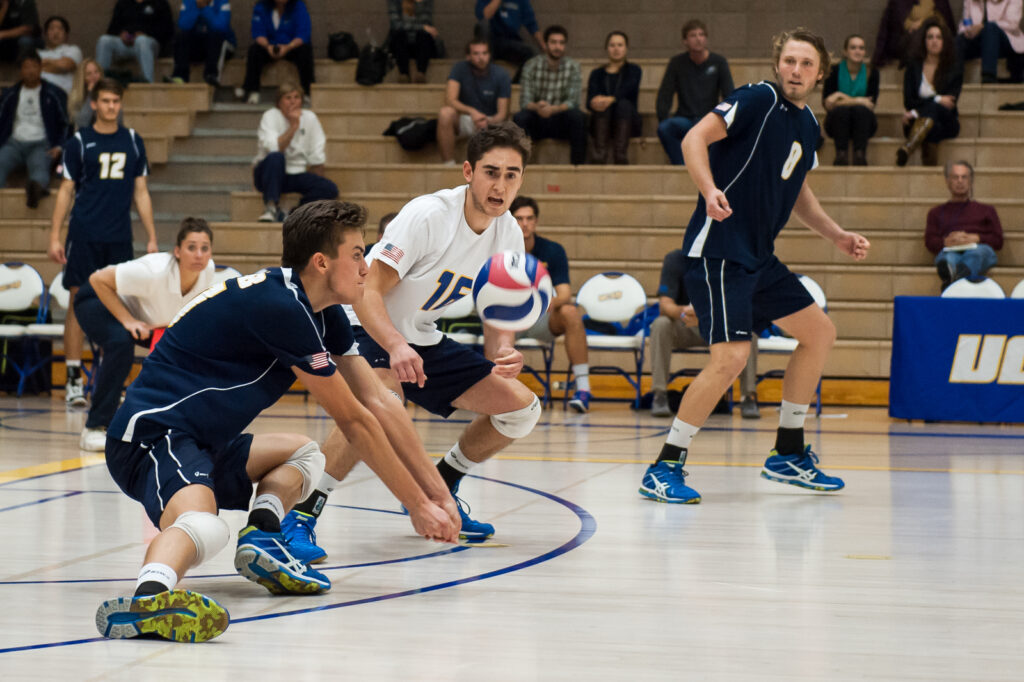 Outside hitter Jacob Delson recieves a serve from IPFW during their match in Robertson Gymnasium. Kenneth Song/Daily Nexus

The UCSB men’s volleyball team began its season on a high note this past weekend with four wins in four matches against nonconference opponents. The Gauchos only dropped one set in total and showed that they will be a formidable force when league play begins next weekend.

The Gauchos entertained their most difficult battle Saturday night against IPFW. After UCSB won the first set 25-20, the Mastodons took the second set 26-24, giving the Gauchos a challenge they had not faced in the first three matches of the weekend. Santa Barbara turned to Nielson, who had 18 kills and a .270 hitting percentage in the match, and focused on their own serving, as well as serve receive against a strong serving team. 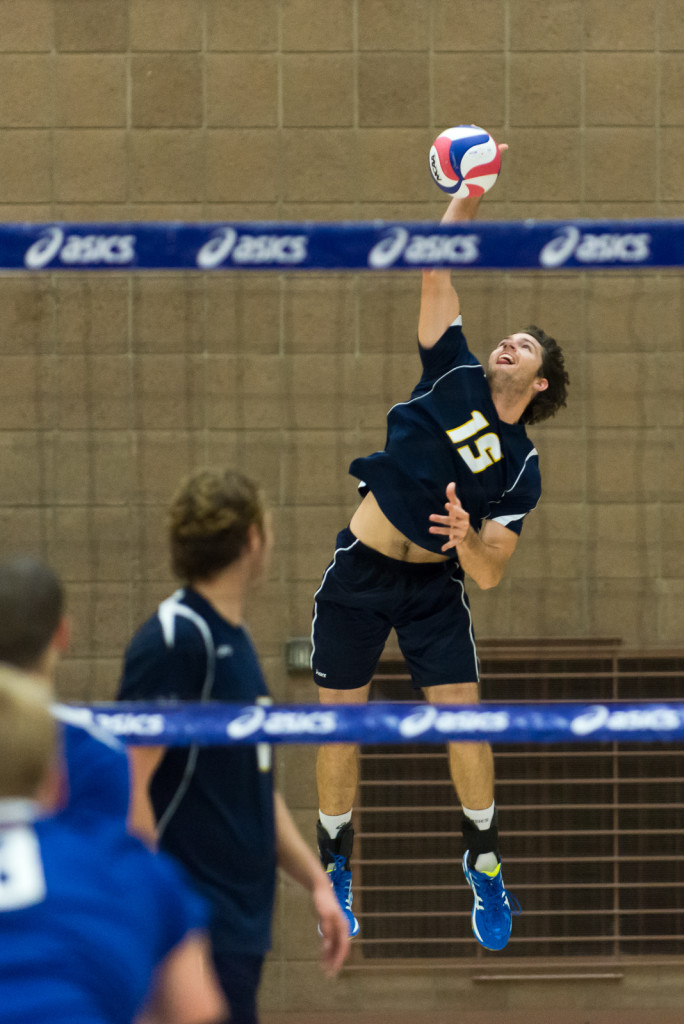 The Gauchos then battled to take the third set 30-28 in a back and forth affair that ended on a kill from Nielson, assisted by junior setter Jonah Seif. Santa Barbara then took the match after a 26-24 fourth game where UCSB was down 23-18, but clawed back on a five-point run fueled by redshirt sophomore outside hitter Jacob Delson’s serves.

“Our guys learned just enough to get this done. We have to continue to learn like that,” Head Coach Rick McClaughlin said. “We were letting [IPFW] be good at what they’re good at instead of taking care of that. We barely fixed it in time.”

Against Limestone, redshirt junior outside hitter Spencer Buckley had a big game with six kills on 10 attempts, while redshirt junior opposite Matt Marsh had nine kills and spun in five aces.

Redshirt senior middle blocker Jake Staahl was destructive against Princeton with seven kills on nine swings, two aces and a block. The Gauchos were able to try out multiple lineups while bringing in a lot of players off the bench to get valuable court experience.

“We have a lot of depth and we want to keep guys in the mix to keep it competitive for starting spots,” McClaughlin said. “These matches gave us a chance to play a lot of new guys.”