The Daily Nexus
Film & TV
“The Hobbit” digs further into the pit of mediocrity
January 9, 2015 at 4:13 pm by Alex Wehrung 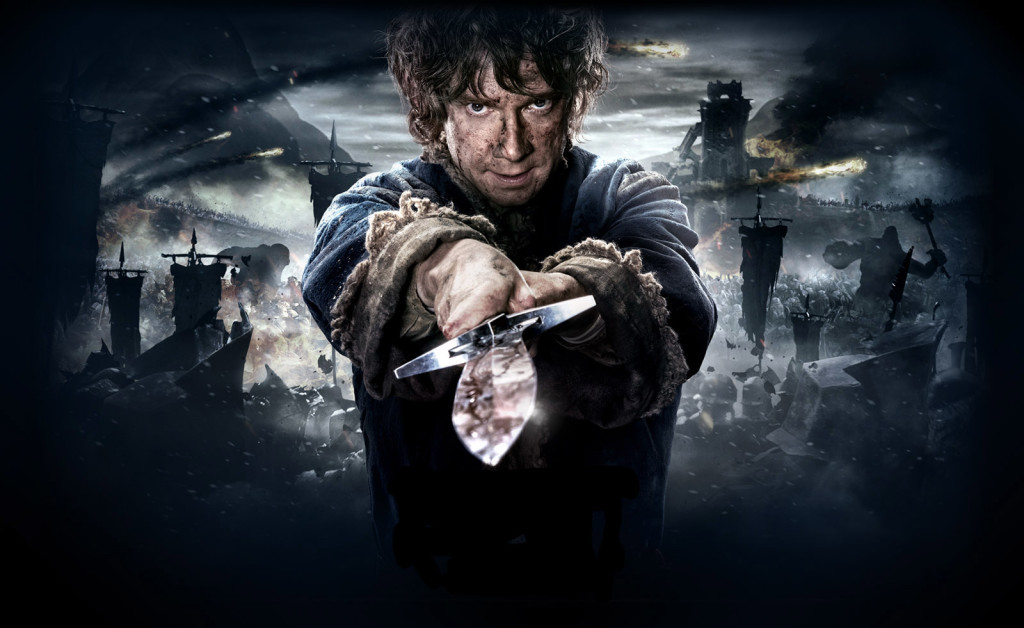 Saying “The Hobbit: The Battle of the Five Armies” is “the defining chapter” of the middle of the Middle-Earth saga is like saying “Star Wars Episode 1: The Phantom Menace” is the best of the “Star Wars” movies. The film is not downright awful, although it leans precariously towards that status at certain points. “The Hobbit” trilogy has been consistently marred by several problems since the first film, and unfortunately, Peter Jackson either had no time to wise up or didn’t care to in the first place.

For starters, the vast majority of the dwarf company are still uninteresting and underutilized. Beside the main three (Thorin, Fili and Kili, a.k.a. the good-looking dwarves), it’s nigh-impossible to remember the names of the others. There’s no reason to anyways, because all you see them doing is standing around to mope, essentially reduced to extras.

A third of the film focuses on Thorin stricken with “dragon’s sickness,” or as this critic would call it, “mandatory conflict disease.” Thorin is almost instantly reduced to the role of a clichéd jerk, blind to both advice and reason. However, credit is due for the fact that he manages to come out of his delirium by himself; that was refreshing. But Tauriel (Kate from ABC’s hit series “LOST”) still has no personality and, as a result, the romance between she and Kili suffers substantially.

Several plot-threads are left unresolved. The Arkenstone gets lost in the great scriptwriting void. The forced comic relief does continuously annoying things and then vanishes halfway through the movie without having done anything important. Saruman makes a promise that is not elaborated on. The fate of a kingdom is left uncertain, as is that of a grieving character.  And yet for some reason, Jackson thought it was important for us to see that Bilbo rescued his personal belongings from being auctioned off.

But most damning of all is the fact that apparently, Middle-Earth was devoid of the laws of physics before the Fellowship was formed. There were several moments in the film that garnered snickers from the audience this critic was in, and not intentionally. From Legolas ascending a stream of falling rocks to a cart sailing over a batch of characters and conveniently colliding into a troll’s chest, it was as if Jackson wanted to conjure memories of children’s cartoons in lieu of making more serious epics.

The rest of the film was … serviceable. Not stupendous, but all right. Jackson traded makeup for computer-generated imagery (CGI) for many of his creatures, and while that makes the film look somewhat fake, it doesn’t detract from the movie as a whole. And it’s pretty good CGI, as well. The battle scenes were impressive and even include what might be a call-back to “Dune.” An undoubtedly great sequence was the fight at Dol Guldur. Sporting great choreography, fist-pumping moments and a good dose of nostalgia, it was truly amazing — an island of epicness in a sea of meh.

This critic wonders what the ad campaign managers were smoking when they called this movie “the defining chapter.” It’s not. It should be called the “beating the dead horse chapter.”  “The Battle of the Five Armies,” like the other “Hobbit” films, was okay, being alright at best while still sporting scenes so dumb and contrived it makes this critic wonder why Peter Jackson doesn’t get as much crap as George Lucas.

Alex Wehrung has a message for Peter Jackson: Please, for the love of Eru Ilúvatar, don’t make “The Silmarillion” into a film.

You mentioned Thorin, Kili and Fili were the only dwarves that mattered. However I would argue Balin was by the far the best of them all. Everything in the trilogy about Dol Guldor was fucking terrible. In the extended cut of the DoS, they used a fucking wilhelm scream when killing off Thrain. The CGI was annoying, over-done, I’m pretty sure they used some computer effects on Orlando Blooms face to make him look even more smooth skinned. Dain looked like a video game character had invaded a real life battle. Tauriel should have been killed off, and Thorin should… Read more »