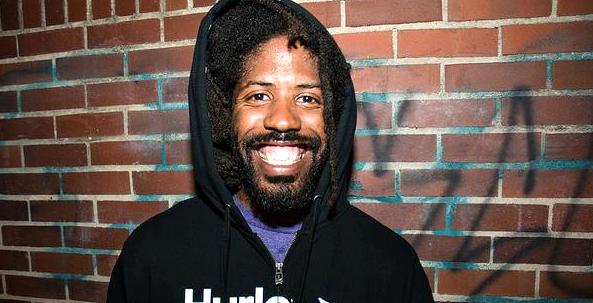 The Murs and ¡MayDay! concert on Nov. 24 was the first time I attended a concert alone. This may not seem like anything of note, but this was a huge deal for me. In the summer of 2012, I skipped a Frank Ocean concert because I could not get anyone to go with me, and I regret it to this day. But I’m a fan of Murs, and his new project sounded interesting, so I decided to take my chances.

Murs is a rapper from Los Angeles and ¡MayDay! is a hip-hop group from Miami. The two joined forces for their first collaborative album, ¡MursDay!, merging their coastal styles together to create a rowdy, party-starting romp that adequately mixes the two artists’ style on one album.

Before going to the concert I had hardly listened to ¡Mursday!. However, I did my research and reviews of the album promised it provided a perfect soundtrack for summer. While this is true, the funky Latino-infused beats can be enjoyed any time of year, as I found out firsthand. Nothing is better for warming on a cold November night than thrashing around with other fans to fun, jazzy-rap songs. In early October, the crew embarked on a ¡Mursday! Tour, covering 38 North American cities.

I spent the first half of the night in the upstairs balcony area of Velvet Jones, afraid to venture into the crowd without a partner to drag along with me. I watched from above as three opening acts warmed up the crowd. Heavy Hearts, a rap trio, was up first, followed by Kap Kallous, a Florida MC, and Ces Cru, a duo who would later join ¡Mursday! onstage for a song.

When Murs took the stage, clad in a camo-printed snapback and an Earl Sweatshirt sweatshirt, the energy spiked, and all inhibitions about dancing alone disappeared. I flew down the stairs and into the crowd, eager to join the party. He was DJ’ing for himself, and he single-handedly riled up the crowd with his charisma. Murs’ set lasted no more than 30 minutes, but he was able to squeeze in hits like “Break Up (The OJ Song)” and “Everything.”

After a short break, the full act finally took the stage. Lt Hopkins and Plex Luthor, two members of ¡MayDay!, sauntered out onto the stage first, wearing stereotypical cop costumes and immediately banging on drums and scratching records. Soon a quick-tempo beat was arising out of the speakers, and just as the tune was beginning to pick up speed, Murs and ¡MayDay! members Bernz and Wrekonize burst onstage in bright orange prison jumpsuits.

The group opened with their fanatic single “Table Tops” and proceeded to quickly move through similar tracks such as “Beast out the Box” and “My Own Parade.” Their energy never seemed to diminish and several times throughout the performance the stage looked like it might break from Murs’ incessant jumping. At some points it felt as if they were more enthusiastic than the crowd – a rarity at most concerts.

The small Velvet Jones stage could hardly contain the rampant energy of these performers. And, in fact, it could not; the highlight of the performance came towards the end, when Murs, followed by Bernz and Wrekonize, hopped into the crowd and performed the rest of his song among excited and shocked fans. The group’s energy seemed to rub off on audience members, and they finished out the rest of their set with unrivaled energy, closing the show with the high-energy “Spiked Punch.”

Upon arriving back to my dorm I immediately downloaded the ¡Mursday! album and reflected on my night. I can safely say that attending a concert alone can be equally, if not even more, enjoyable. I walked away with an awesome concert experience and an expanded music library.