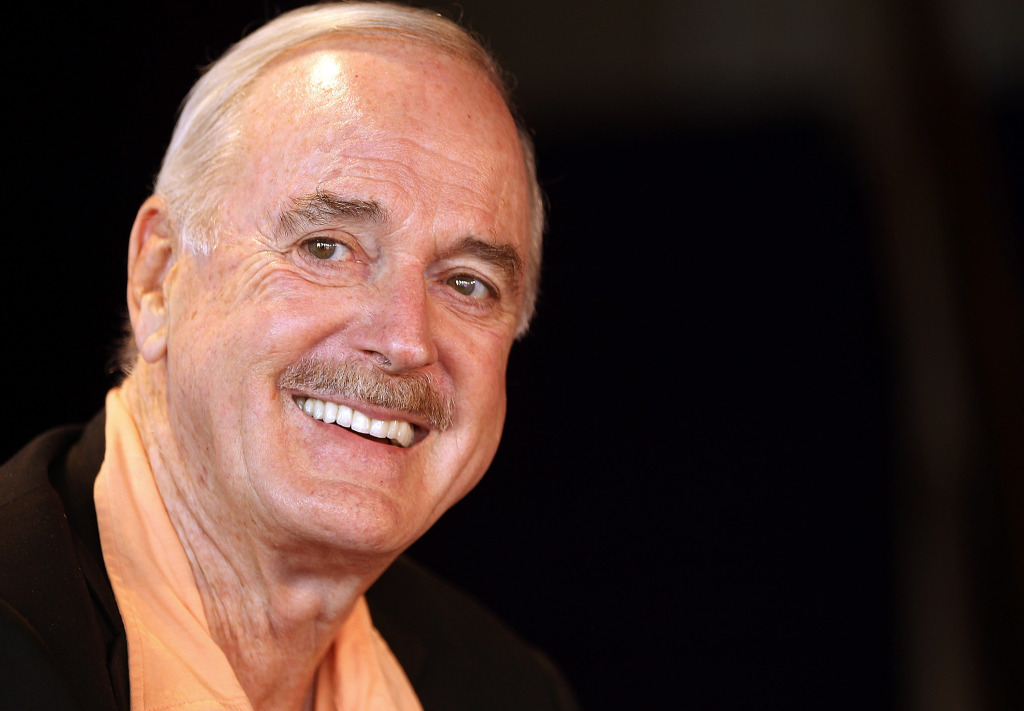 “The thing about Fox News,” said John Cleese as he sat onstage at the Granada Theater, “is that when you bring up ‘quality programming,’ they have to go find a dictionary.” The packed theater laughed at the jibe, and Cleese himself smiled back, happy that he was still succeeding in what he has enjoyed doing since his childhood: making people laugh.

People of all kinds piled into the Granada to see John Cleese. Most of them were older, and most likely fans of the British comedian since he first became popular in America in the seventies. In addition, younger fans like myself sprinkled sparsely amongst the crowd, and I spotted UCSB Film and Media Studies Professor Joe Palladino. Ironically, I did not see Python-enthusiast (and Englishman) Professor Daryl Cooper. According to a fellow UCSB student with whom I befriended during the show, she had never seen the Granada so packed before. And honestly, I wasn’t surprised. This was as close as it got to meeting a god.

Cleese’s longtime friend and collaborator Terry Hughes, director of “3rd Rock from the Sun” and “Monty Python Live at the Hollywood Bowl,” was introduced first. Afterwards, the host chatted about Cleese and his many accomplishments, at which point a hand poked out from offstage to wave dismissively at him, to the crowd’s delight. The introductions ended, and he was on-stage. The crowd applauded as loud as they could as the towering Cleese appeared with Hughes.

Throughout the event, Cleese provided enough humor to make the price of admission seem inconsequential. At one point, he made some extremely amusing analyses on his fellow Pythons (he joked about Terry Jones’s obtuseness and Terry Gilliam’s inability to tell a straightforward story), read a Python-like sketch with Hughes and answered questions from the crowd (I barely missed the chance to ask him if I look like Rowan Atkinson, as many have told me over the past several years). Cleese was able to keep the crowd laughing throughout the entire event with witticisms, risible anecdotes and a few zingers directed at Rupert Murdoch, English tabloid The Daily Mail and Fox News.

On his autobiography, Cleese called writing it “the most enjoyable thing I’ve done in 10 years.” He told the crowd stories about the road to its publication, such as having been inspired by Michael Caine (Alfred from the “Dark Knight” trilogy) to write it and how he initially turned down the project because he was offered a paltry 3,000 dollars for doing so (his next agent was able to get him more).

Apparently post-publication, Cleese’s mortal enemy, The Daily Mail published a negative review written by a “professor” who called the autobiography “self-centered.” Cleese told the crowd that his daughter had, upon reading the review, laughed and said, “For your next volume, you should write an autobiography about someone else.” And a quick Google search revealed the author of the review was indeed a professor. Of criminology.

In a mildly disappointing turn, Cleese recited passages from his book (both from memory and by reading), leaving a little less for those who had actually read the book beforehand. However, he was able to still utilize his precise comedic timing to make the material seem fresh all over again.

He recounted his formative years in Weston-super-Mare, a town he claimed to be so insignificant that during its bombing in World War II, not only was the German economy hurt by wasting their bombs on the town, but it gave the residents a sense of importance they otherwise wouldn’t have felt.  He described his mother in a somewhat negative light. Although he described her as at least caring in his autobiography, he did not hide the fact that she was cranky, easily set-off and relentlessly paranoid that everything barring chairs and bread had the potential to kill her.

Cleese also talked about his early years in television.  He mentioned working with comic giants Peter Sellers and Marty Feldman, as well as his tenure on The Frost Report, a sketch-driven show that somewhat served as a prelude to Monty Python. The high point of the evening was probably when Cleese and Hughes read a sketch from “At Last the 1948 Show” (another show Cleese created), in which a man proves that anything can be easily recalled, as long as the thing that’s trying to be remembered in the first place is associated with a nude woman.  The crowd loved listening to it just as much as Cleese loved reading it, as he continued his confessed greatest joy: making people laugh.