The Daily Nexus
Opinion
In response to “Money over Matter: Contemplating the Questions of Motivation”
December 5, 2014 at 6:47 am by Riley Brann 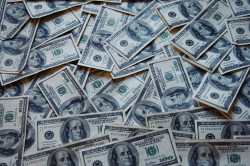 I want to start this conversation by first stating that I am not in favor of communism as we know it, nor do I support the extremes of capitalism. I agree with Emile when he speaks about the negative sides of capital and money and the idea that we as human beings need to have a better conception of the role that money plays in our lives. The motivation for money should play little part when deciding a profession. We should look to fulfill a purpose within our lives that is above the monetary, above the material ideas of living for solely for wealth. We should do what our inner being strives to do what arguably a lot of us feel: to make a difference.

The richest individuals are those that find happiness in their everyday lives rather than working endlessly at the expense of others to reach such a status of wealth in old age. Once in that old age they likely cannot even fully enjoy it. You know what I’m talking about if you have ever seen an old man get out of a Porsche 911 in Montecito. Like Emile states in his article, we should look to overcome this obsession with material gain that we so overtly feel in our youths.

Ask a young college student why they are in college, and you will find that some respond that they simply want to get a good job and to earn money. Sometimes though, you may hear that young individuals are curious about the world and want to learn how to have a positive impact in it. We need to look for ways to give those individuals a fighting chance in the world against their sometimes capitalist counterparts. I agree with the ideas and content in Emiles’s piece, however, I have some contentions with the premises of his argument.

In “Money over Matter” we are presented with a thought experiment that was insightful: if all of our basic necessities were met, things like food, water, shelter, particulars of transportation. Then, if human beings were left to our own devices, would we be more likely to pump gas because we need not want anything more, or be scientists and fulfill the basic human function of curiosity? Looking at this another way, it is the age-old question between the existing economical principals of capitalism and communism. Which provides more motivation for production in a society?

The communist market argues that it would be more likely to instill motivation for creativity in everyone because it would first provide the foundational items for life, which would free individuals to be dynamic, creative and scientific. Now this sounds great on paper and in theory, but in a practical sense it doesn’t and hasn’t played out in societies. Do I think that communism has ever been played out to the true definition of the ‘almighty’ Karl Marx? No. Do I think it is always within the state’s interest to give as little as they can to try and please the people while funding their own projects (or pockets)? Yes. Would I ever trust the state to provide me with my basic levels of necessity? No. But before we go on from here lets look at the other side of the coin.

Capitalism does nearly the opposite; it provides nothing for the individual. Capitalism plays on the harsh reality of the human condition — that we are alone in this world and that we must create our own destinies. Capitalism flows with the winds of supply and demand in regards to products, prices and labor. Embracing competition in the market, capitalism lets the consumer decide which will be the best product. It tries to separates itself (the market) from the state. This allows individuals no restrictions to the creative capacity and increases the amount of competition for ideas. Do I think that laissez-faire capitalism is the best economic principle for mankind? No. Do I think that capitalism running at full throttle leaves too much room for exploitation? Yes. Do I trust capitalism to stay out of the government and the important governmental policies put forth? F*ck no I don’t.

But I digress. What is it that compels individuals to produce, and consume, then produce again? Essentially what we are asking here is: What is the motivation of the individual? What drives us each day to fulfill our purpose? Love, money, power, respect? My answer is all of the above, to varying degrees. Because we easily have different levels of needs. To presume that all individuals have the same level of need is quite foolish, and a disgrace to the multiplicities of what it means to be human. To presume that there is some sort of average standard for our existence is quite insulting; simply put, our happiness varies. Socialists would have you believe that mankind’s existence is like a formula we can comprehend and control. Capitalists would convince you that we can buy happiness and that material objects matter, no matter the cost. We need to search for a happy medium.

Individuals will always produce because of pure enjoyment coupled with necessity. Necessity is our own individual existence. Individuals will produce for themselves first, then they will produce for a higher purpose. They will continue to do so until they basically believe that their own needs are being met. But what happens after at that? Do individuals leech off others successes without giving them the proper retributions? What happens when the producers of the world cease to exist with no incentive to produce?

Riley Brann doesn’t think laissez-faire capitalism is better than communism, and he doesn’t want a socialist state to control his everyday life. Which do you prefer?