The Daily Nexus
Film & TV
“Neighbors” Editor Speaks on Fight Scenes, Catch-22s and Working with Seth Rogen
December 5, 2014 at 12:00 am by Elena Bernick 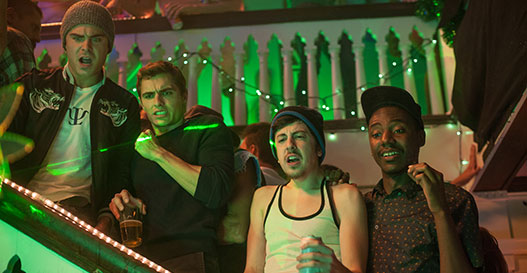 The fraternity house, a setting all too familiar to college students, is the primary backdrop for the raunchy, high-energy and gut-busting riot that is “Neighbors.” Directed by Nicholas Stoller, the movie stars Seth Rogen, Rose Byrne and Zac Efron, an unlikely comedic trio that produces some of the film’s best moments.

The plot centers around Mac and Kelly (Rogen and Byrne), a young couple with a newborn baby, who find themselves in an unfortunate situation when a fraternity moves into the house next door. The film documents the constant power struggle between the couple and the fraternity’s president, Teddy (Efron). Mac and Kelly are quick to become friends with the fraternity brothers, but things go south after Mac betrays Teddy’s trust by calling the police to complain about a loud party.

From that point forward, it’s an all-out prank war. Relocated airbags, flooded basements and destructive fireworks are all weapons in the warriors’ arsenals. The climax of this ongoing battle comes when Mac and Teddy come face-to-face in a 10-minute-long fight scene.

Many of the film’s highlights, interspersed between shots of wild frat parties, rely on toilet humor or phallic references, but it skirts around childish by calling attention to the parallels between Teddy, Mac and Kelly. All three, while at different stages in life, are struggling with getting older and assuming greater responsibilities. This depiction helps humanize these characters, giving some heart to an otherwise silly movie. 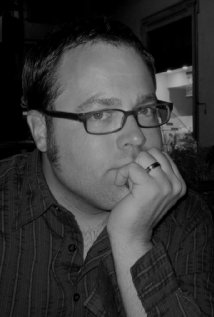 Behind this madness is editor Zene Baker, who graduated from The North Carolina School of the Arts with a Bachelor of Fine Arts in film editing. As a student, Baker dabbled in all stages of movie development, including writing, directing, producing, shooting and editing. He previously worked with Rogen and producer Evan Goldberg on “This Is the End,” and when Stoller was looking for a new editor to take on the project, Baker got a meeting and secured the job.

As the editor, Baker was tasked with sorting through hundreds of hours of partly scripted and partly improvised material. The ample amount of film made working on the comedy a tough job.

“With a comedy, you typically have maybe 12 to 15 times the footage, maybe even more, than you do with a drama,” Baker said. “It’s a catch-22. You can be really creative, but there’s so much footage.”

Unfortunately, this means some scenes are cut by the time the movie reaches theaters, either because of time restraints or test audience reactions. One scene was particularly missed by Baker.

“[The fraternity brothers] have this big Civil War reenactment on their front lawn where they are shooting fireworks out of pledges’ assholes at each other, like canons,” Baker recalled. “It was a good bit, and it was funny, but when we put it in front of an audience, it just died.”

Baker and Rogen have worked together on five films, and the two have developed a good connection when it comes to filming.

“There’s still a few surprises, but overall [we’re] definitely in sync,” Baker said. “Seth has a bag of tricks, and they’re a great bag of tricks.”

The duo will once again return to the big screen with the highly-controversial movie “The Interview,” premiering in December of this year.

Elena Bernick saw “Neighbors” and an onstage interview with Zene Baker through Pollock Theater’s Focus on the Editor film screening series. For more information on sponsored screenings, go to carseywolf.ucsb.edu/events/all. The first 100 students to log onto the site for an event get free tickets!