The Daily Nexus
News
Community Meets for Latest on Isla Vista Self-Governance
December 5, 2014 at 12:09 am by Noah Brennan-Greenbaum 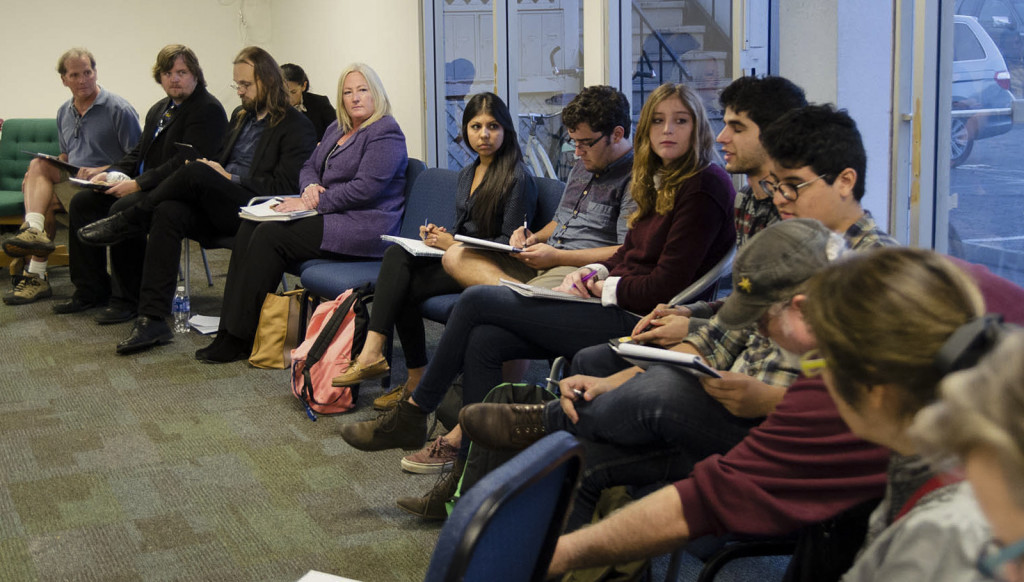 The forum, which was held in the Isla Vista Clinic meeting room, was attended by around 30 people, including locals, students, board members, alumni, and former A.S. officers. Alex Nagase/Daily Nexus

Approximately 30 students, homeowners, administrative officials and members of local government gathered at the Isla Vista Clinic yesterday evening to discuss the future of I.V. and the options available for I.V. self-governance.

Government options discussed included incorporating I.V. as a city or forming a community services district (CSD), as well as the implementation of a Utility User’s Tax (UUT). The meeting was hosted by Santa Barbara Assemblymember Das Williams, who on Monday introduced a bill to the California State Assembly seeking to establish I.V. as a CSD through the legislature, rather than through Santa Barbara’s Local Agency Formation Commission (LAFCO), the county entity responsible for overseeing changes to county and municipal governments.

According to Williams, an elected body governing I.V. as an incorporated city could potentially alienate long-term residents who are not students.

“However, I think the flaws of it is that the question of how long-term residents would effectively continue to have a political voice in a demographic where the population became a larger population of students over the years, that was never really effectively answered.”

Williams said he does not currently support cityhood for I.V. because it would not be possible to provide the variety of I.V. residents with appropriate political representation.

“I’ve come to the conclusion that it’s not possible politically because of that basic question of, how do you balance representation to represent all of the Isla Vista community?” Williams said. “How do you represent the 7,000 … people who live here longer than four years at a time when the vast majority live here for a shorter duration?” 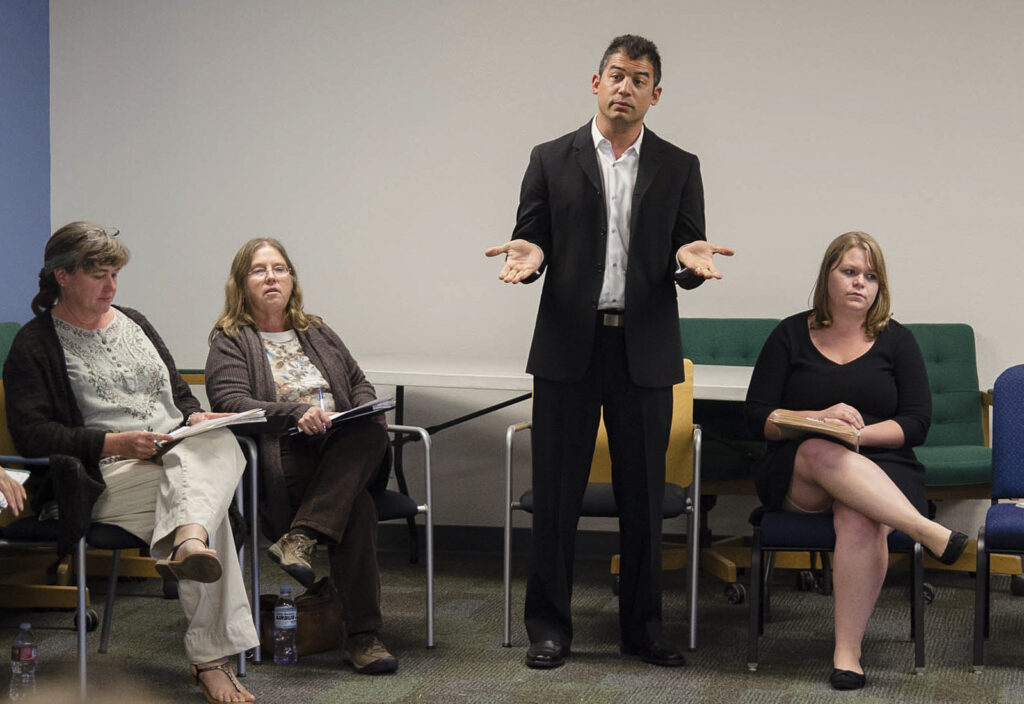 Jonathan Abboud, Sixth District Representative on the Santa Barbara City College Board of Trustees and former UCSB Associated Students president, said he believes a CSD is a more viable option for I.V.

“It’s a concept that’s applied throughout the state,” Abboud said. “It’s almost like being a city without being a city. You can do almost everything except land use policy.”

Another potential policy that was discussed at the meeting was the implementation of a UUT — a form of tax levied on the consumption of utilities services, such as water, telephone and gas — specifically to raise revenues to fund additional services for I.V.

According to Jay Freeman, an alumnus and local business owner, a utilities tax could provide the funds for better services for I.V. residents to the tune of roughly three million dollars.
Freeman said he suggests further research be conducted as to the effects a UUT would have on I.V. residents.

Santa Barbara County Third District Supervisor Doreen Farr was skeptical about the logistics of implementing taxes in I.V. if it remains unincorporated as a CSD.

A.S. President Ali Guthy said the student body is not satisfied with the status quo regarding I.V. and would support the establishment of a stronger form of local government.

“I think students are really on board with this movement,” Guthy said. “We’ve been having these conversations in summer and I think there were questions before about do we like the status quo? In the conversations I’ve just been having, speaking from a student perspective, is ‘No.’”

According to Guthy, students feel the current level of safety in I.V. is an issue that needs to be addressed.

“Students feel unsafe walking just to their homes at night, you know, just walking from the library and that sense of insecurity in our own community is problematic,” Guthy said.

No decisions about the most suitable form of self-government were made at the meeting. However, it was stated that more roundtable meetings and public forums will be held at times and locations yet to be determined.

There were a few things here that I think might be somewhat confusing. In this article, it sounds like I came up with and introduced the idea of a utility users tax, and that it would be something only of value for an incorporated city. The idea is actually something I first heard attributed to Jonathan Abboud, and the goal was to apply this tax for a special legislative district (which would come in the form of a modified community services district). I think this confusion occurred because we talked about incorporation as a city before we talked about the… Read more »

Below are the quotes that show the depth of Das Williams’ extreme prejudice against the civil and constitutional right to self government of the young peoples of the Isla Vista/UCSB community. “If I could wave a magic wand, I would be for Isla Vista becoming a full-fledged municipal government with the powers and resources of a full-fledged municipal government,” Williams said. [Yea bullshit.] “However, I think the flaws of it is that the question of how long-term residents would effectively continue to have a political voice in a demographic where the population became a larger population of students over the… Read more »

Michael, You might not be aware with the Daily Nexus Comment Policy, so let me make you aware: “What is the dailynexus dotcom comment policy? We encourage all of our readers to submit comments on our Web site. Comments made on dailynexus dotcom are not pre-moderated, but can be removed if they violate the policy that follows. Any comment may be used in the print edition of the Nexus, and we ask that you keep your comments brief and on topic. We will delete comments that: • Attack, harass or threaten a named group or person unreasonably. • Contain advertising… Read more »

My point is that it is fine if you are attacking substance (whether I agree with you or not, like what you are saying or not, or whether you are making things up out of whole cloth), but stop attacking and harassing people unreasonably and stop sharing other people’s personal information (including where they may or may not live, and their personal emails).

Your grasping at straws by raising this Red Herring about me finding something you published on Academia.edu on your Profile there that says you live in Goleta. That’s public information on the Internet because you placed that as your location there, not me “disclosing” anything. That reflects on you, not me. But you have to understand anything you post on the Internet is “public information”….not your “personal information” which is subject to “copyright or privacy protections” like your SSI number is your “personal information” for example.

Please cease and desist your defamatory and libelous statements about me.

There is always a delicate balance between one person’s right to freedom of speech and another’s right to protect their good name. It is often difficult to know which personal remarks are proper and which run afoul of defamation law. The term “defamation” is an all-encompassing term that covers any statement that hurts someone’s reputation. If the statement is made in writing and published, the defamation is called “libel.” If the hurtful statement is spoken, the statement is “slander.” The government can’t imprison someone for making a defamatory statement since it is not a crime. Instead, defamation is considered to… Read more »

The point is that you have to stop making false statements about people on here.