The Daily Nexus
Opinion
The Tuition Problem
December 2, 2014 at 6:15 am by Opinion Editor 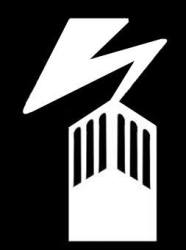 In the conflict between University officials and state legislators over the recently proposed tuition increase, students are left footing the bill of funding challenges and becoming pawns in a game full of missing pieces.

Last week, over two meetings in a period of three days, the UC regents decided to increase tuition up to five percent annually, compounded, up to a maximum increase of 27.6 percent, unless the state increases University funding. However, this announcement comes after Gov. Jerry Brown’s promise of four percent state funding if the UC kept tuition frozen, resulting in raised tensions between state and top University officials.

But while the vanishing prioritization of the state’s support for public education lies at the heart of the UC’s economic woes, the regents are fully responsible for choosing to pass a larger chunk of this burden onto students, with no opportunity for discussion past several minutes of open forum following their decision.

After widely-publicized agreements by the UC and Cal State systems with the governor’s office to keep tuition frozen, this increase is an ill-planned move. If the UC has $90 billion in total assets, is raising tuition the best method for addressing cost imbalances? By personally pressuring individual students to pay more for their public university education, the system builds a destructive reputation that undermines its future quality.

Furthermore, if the UC system has signaled that operational costs are taken care of through increased tuition, what real pressure does the state have to increase the amount allocated to the UC? The state has already been decreasing funding for the UC associated costs, reflective of the state’s lack of prioritization of the education system.

The Daily Nexus reported that Brown signed Assembly Bill No. 94 in 2013, requiring the UC to report on the separated costs of delivering undergraduate and graduate instruction and research by Oct. 1. UC President Janet Napolitano took a one-month extension on this deadline and completed a preliminary report on Oct. 31. We have seen anger arise from students and faculty regarding these poorly accounted expenditures. Ill-drawn as they are, many of these costs acutely impact our bank accounts, and so we find this frustration and the ensuing protests fully justified.

The response we have received from UC Spokesman Steve Montiel following the regents’ decision encapsulates the absurd justifications given for sudden overhauls in our quality and cost of education: “What matters most is not the details of what is being spent … but the outcomes.”

The devil is in the details, and if tuition increases, there will be hell to pay in the form of decreased educational accessibility and student debt. Or rather, these will be hell to pay off. These are the outcomes we face as students, as a University system and as a state.

We do not find the suggestions of Brown — three-year bachelor’s degrees, concentrating some specialties at specific campuses, increasing online courses, etc. — to prioritize learning environments in the least. Nearly all of his suggestions appear as short-change “solutions” to hack away at a fragile infrastructure of active and personal education, which already teeters under the pressure of mandatory courses with 800+ enrollment.

The Regents’ move of agreeing upon a tuition increase before more deeply exploring other funding alternatives signals a lack of respect for the most important constituents of the University: the students. We cannot support increased tuition when the UC Office of the President cannot even adequately show where our money goes now.

This is a Daily Nexus staff editorial.

If the UC cut out all the “advisory- advocacy-support- advancement-….” positions for every special interest community, it would not have to raise tuition. All these activist “activities” don’t need to be part of the cost of going to school. They can be part of campus life provided by non-paid volunteers.

If you suggest to Janet that you will generate savings by giving up things that you feel are important, but not as important as no tuition increase; she would have to propose cutting the FAT bloating the administration and overhead functions.

Take the lead to fix this!