The Daily Nexus
News
Cliff Fall Victim Paralyzed From Waist Down
November 25, 2014 at 1:05 am by Josh Ortiz 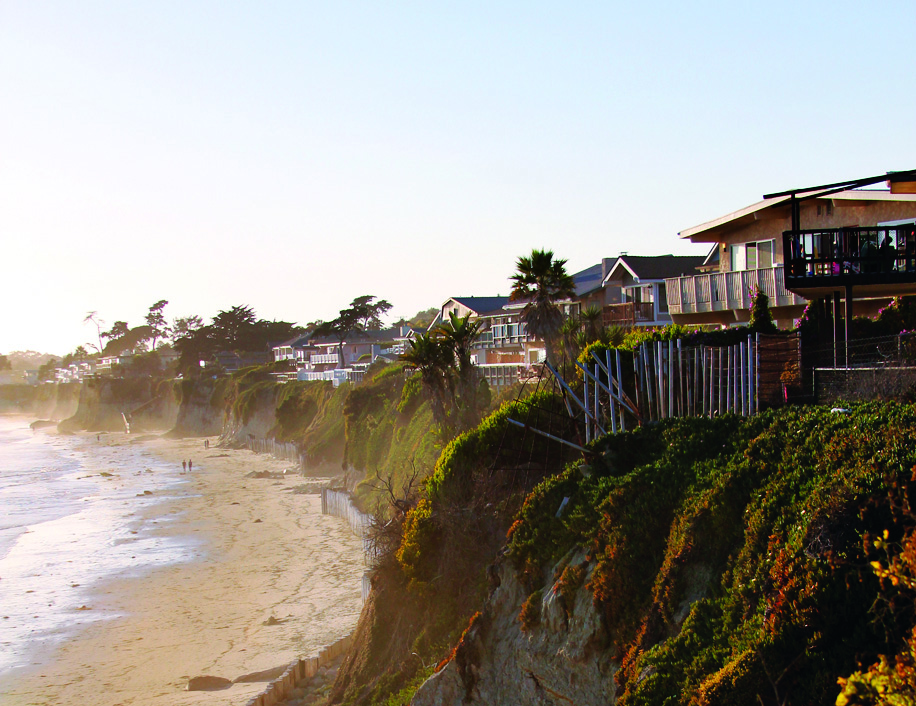 A young male is in stable condition after landing onto the rocks below. In 2009, a UCSB student died after plunging off the cliff.

Santa Barbara City College student Tanner Gage, who fell from an Isla Vista balcony at 6693 Del Playa Drive last month, recently disclosed that the fall paralyzed him from the waist down.

Gage was sitting on a balcony railing on Oct. 9 at a DP residence when he lost his balance and fell off a 40-foot cliff, causing him to suffer multiple injuries including a lacerated liver, a broken back and a severed spinal cord. Shortly after the fall, Gage’s family started a fund on GoFundMe.com called “Support for Tanner Gage,” where they have received almost $40,000 in donations toward buying home modifications to suit his needs. These include a special wheelchair, a new car with modifications for him to drive again and a college fund for him to pursue his degree in business.

Neither Gage nor his family could be reached for comment on the incident.

Santa Barbara City College president Lori Gaskin said she and the SBCC administration grieve for the lost opportunities that Gage’s paralysis has caused him.

“I’m heartsick. We exist as an institution for the full purpose of helping students achieve their dreams and goals,” Gaskin said. “When something with such a magnitude as this happens, it hurts us.”

Reflecting on Gage’s accident, Gaskin said she urges students not to take for granted the potentials they have now.

“It’s sobering for all of us that students each and every day need to pursue their passion with purpose and heart,” Gaskin said. “I want students to realize that every day is precious.”

Associated Students External Vice President of Local Affairs (EVPLA) Cameron Schunk said infrastructure like bluff fencing is needed to prevent cliff falls, but the County of Santa Barbara can only implement fences in county-owned property, not on private property, such as the residence where Gage’s fall occurred.

“The thing to remember is that, as far as I know, the student fell from a balcony on a private property,” Schunk said. “The fence that the county is installing does not apply to private property. Fencing along the bluffs at a private residence is up to the discretion of the landowner.”

County of Santa Barbara Third District supervisor Doreen Farr said she hopes Gage’s accident will prompt landowners to remodel their cliffside decks and construct some sort of barrier to ensure the safety of residents.

“I hope [Gage’s accident] really behooves the private property owners to make sure they are being as protective as possible for their tenants,” Farr said.

According to Farr, renters can come to her district office in I.V. to submit forms for a county inspection of the bluffs to have property owners gradually move the homes away from the cliffs, should the property be too close to an eroding edge.

“We always tell the renters in Isla Vista that if they have questions or concerns about the safety of their property to let my office know,” Farr said. “We’re always here to help, and if we can’t directly help, we will try our best to find someone who can.”

Fourth-year biology major Molly Morrison and co-founder of Fence Isla Vista, a local effort working to prevent future cliff falls by advocating for bluff fencing, said accidents like Gage’s fall can be avoided by educating students on the dangers of I.V.’s cliffs.

“Programs that have started at UCSB including Gaucho FYI have been a huge aid in introducing the students to the different dynamics of IV, and now includes cliff safety,” Morrison said. “Perhaps [Gage] may have heard of the cliffs, but not necessarily the dangers, which may have helped in hindsight.”

I would like to know what the height requirement for balconies along the cliff edge is in Isla Vista, and whether or not that balcony met those requirements. If so, those requirements need to be enhanced. If not, stricter enforcement is in order. How many deaths and falls does it take for the “powers that be” to do what they should have done in the first place?

>Gage was sitting on a balcony railing

It doesn’t matter how high the balcony rail is if you sit on it. What more do you want? Do you want them to cage in all balconies? Stop putting the onus on the government. The responsibility lies with the individual to follow common sense practices. It’s tragic that Gage fell and has had his life so drastically changed, but he made a choice to sit on a railing with a 40 foot drop on the other side. No amount of government regulation would’ve changed that choice.

Agreed – and the quote about educating students on the dangers of IV’s cliffs? Huh? Do college aged adults really need to be “informed” that sitting on the edge of a cliff is dangerous? I’ll acknowledge that it’s awful that this guy was paralyzed. And while I’m on this subject… yes, I’m going there… why do parents pay for their kids to go away to JC? If you can’t get into a four year school it’s s sign. Stay in your hometown and go to JC there and save the money. SBCC – what a joke.

Back in 1990 there were several DP buildings that had patios with **no fence at all**. And, on Fri/Sat nights, **SLAM DANCING** right next to the cliff to punk and metal bands. I almost got knocked over the edge. There was a young lady who died, drunk, having fallen off the cliff in **1966 or so**. Something seems to have changed. The rate of cliff deaths does seem higher now. However, it may be that the current push for fences is just a form of `safety theater’, doing things that look safer but don’t in any way actually reduce the… Read more »

Today is Thanksgiving and my heart is with Tanner Gage and his family who, like all the families whose children have been injured or killed in Isla Vista, will have their holiday celebrations forever tempered by these events. For the victims of Elliott Roger and the family of Sierra Markee Winkler it is the first Thanksgiving without their children. This is our fifth Thanksgiving without our son Noah. It was a favorite holiday for him. While there are blessings yet to count, nothing will ever fill the void left in our hearts. I am glad to see efforts underway to… Read more »