The Daily Nexus
Volleyball
Gauchos Edged by Hawaii on Senior Night
November 24, 2014 at 5:00 am by Sarah Stigers 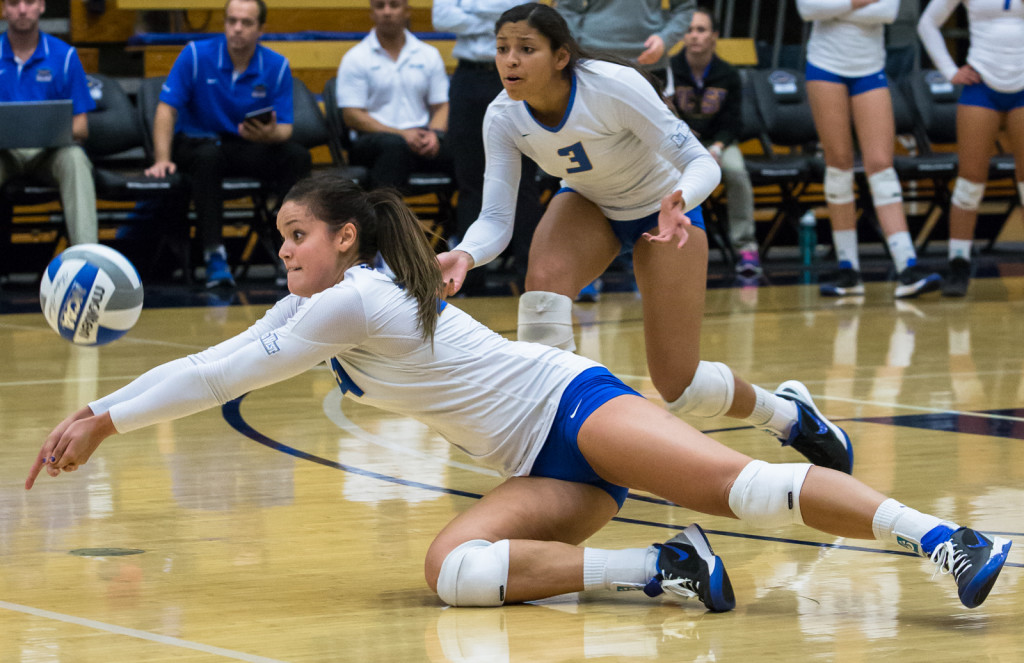 Freshman outside hitter Chanel Hoffman digs out the ball while teammate Jaylen Villanueva looks on during UCSB’s five set loss to the Rainbow Wahine on Friday night. (Dustin Harris/Daily Nexus)

The UCSB women’s volleyball team was defeated in five sets in its solo game against Hawaii this weekend in the Thunderdome.

​The Gauchos ended their last home game of the season at 7-8 in the Big West and 12-14 overall, finishing in the sixth spot. The Rainbow Wahine end their weekend series with wins over both Cal Poly and UCSB to end with an 11-3 conference record and at 19-6 overall record.

​“In a match like this, it’s one or two plays. The big thing is that our team put it all on the floor tonight,” Head Coach Nicole Lantagne Welch said. “We got production from so many areas, and we played hard and we fought. We were 0-2 and we didn’t throw in the towel.”

​What looked like the writing on the wall for UCSB at the end of the third set as they trailed 0-2, 24-23 to the ‘Bows, ended up turning around in favor of the Gauchos as they came back to force both a fourth and a fifth set.

​“I haven’t believed in us as a team that much in a long time, and in that third game, I was like ‘We’re winning this, and there’s no option but to win this game,’”  junior outside hitter Ali Barbeau said. “If I had to make that happen, I would make that happen.”

​The stats on both sides of the net were almost identical, as Hawaii hit for a team hitting percentage of .287 compared to the Gauchos’ .271. In addition, both teams recorded 12 block assists, and Hawaii went for 77 digs to UCSB’s 76.

​Big offensive players for the Gauchos on Friday included Barbeau, junior opposite Britton Taylor and redshirt freshman middle blocker Kristen Berlo. Barbeau had the most kills of any player in the game, recording 22 from 59 total attempts for a .288 average, as well tallying 15 total digs. Taylor came in next in kills for the team with 12, hitting for a .235 average and putting up one block assist. 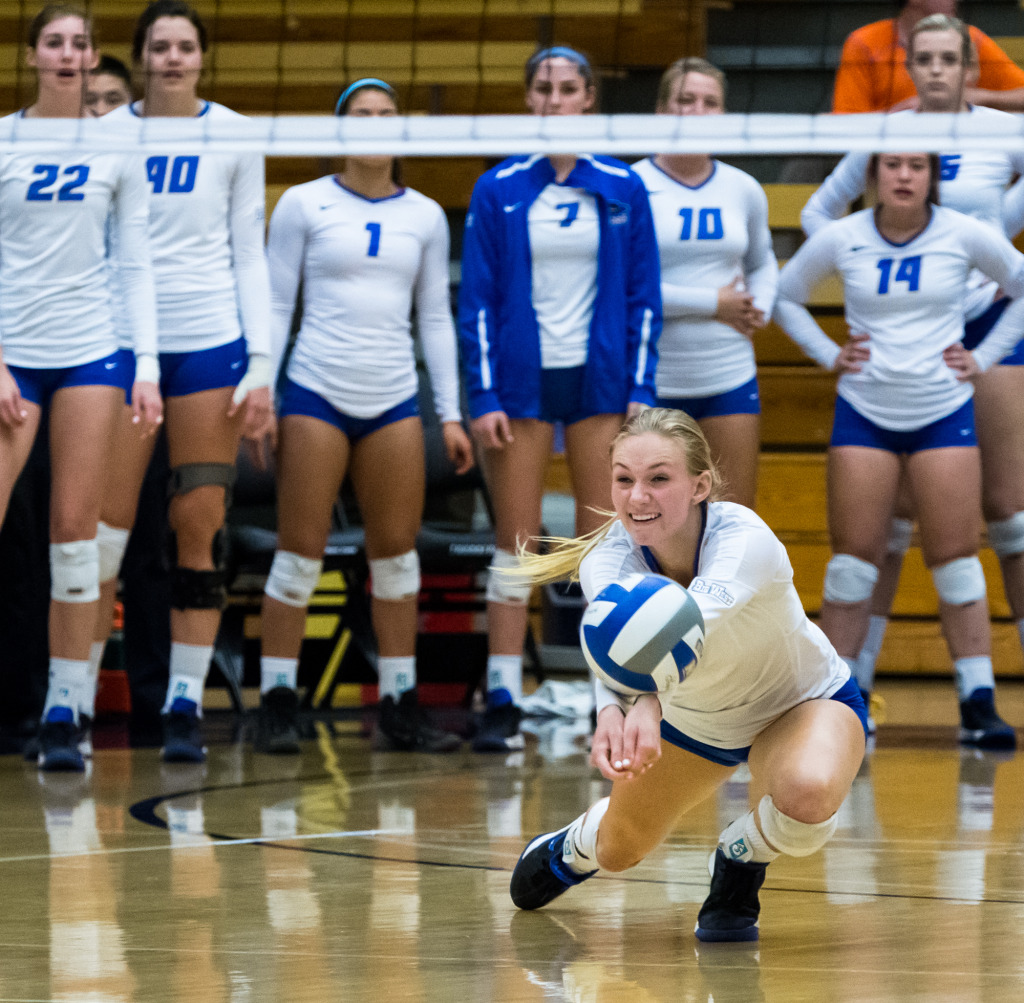 Outside hitter Ali Barbeau retrieves a short serve from the Rainbow Wahine during the match. Barbeau had a career-high 22 kills during the match, but her efforts were not enough to lift the Gauchos past Hawai’i. (Dustin Harris/Daily Nexus)

​“It wasn’t really a moment. It was the whole team coming together and saying ‘Let’s do this now, or else we’re done,’” Berlo said. “We don’t want to go out like that, especially on the last home game for the seniors.”

​Berlo swung for 10 kills with no errors, coming out with a .588 hitting percentage off her 17 total attempts and scoring 12.5 points for the Gauchos in addition to her three block assists and one solo block. Sophomore outside hitter Ali Spindt also put up the most digs of any player in Friday’s game with 22.

​“This is heartbreaking. I told them I’m proud of them and what they put on the floor. We talked about giving it all and putting it all out there and we did just that,” Lantagne Welch said. “It’s heartbreaking to lose those because you really throw everything out there, and you were just shy of having that go your way.”

​For the ‘Bows, freshman outside hitter Kalei Greeley had a team high 19 kills, ending her night with a .432 hitting percentage, 20 scored points and two block assists. Sophomore outside hitter Nikki Taylor hit for 16 kills and a .295 average while recording one solo block, one block assist, 21 digs and 17.5 total points.

​“Last weekend was a fluke, and the way that we responded after that was huge, this is probably the most I’ve ever believed in this team,” Berlo said. “We showed it, we wanted it and we went after, so we’re just going to take that to Cal Poly.”

​The Gauchos will play their last Big West game of the year next weekend on the road against Cal Poly at 7 p.m.