The Daily Nexus
Volleyball
UCSB Welcomes Hawaii for Final Home Game of the Season
November 20, 2014 at 4:58 am by Sarah Stigers 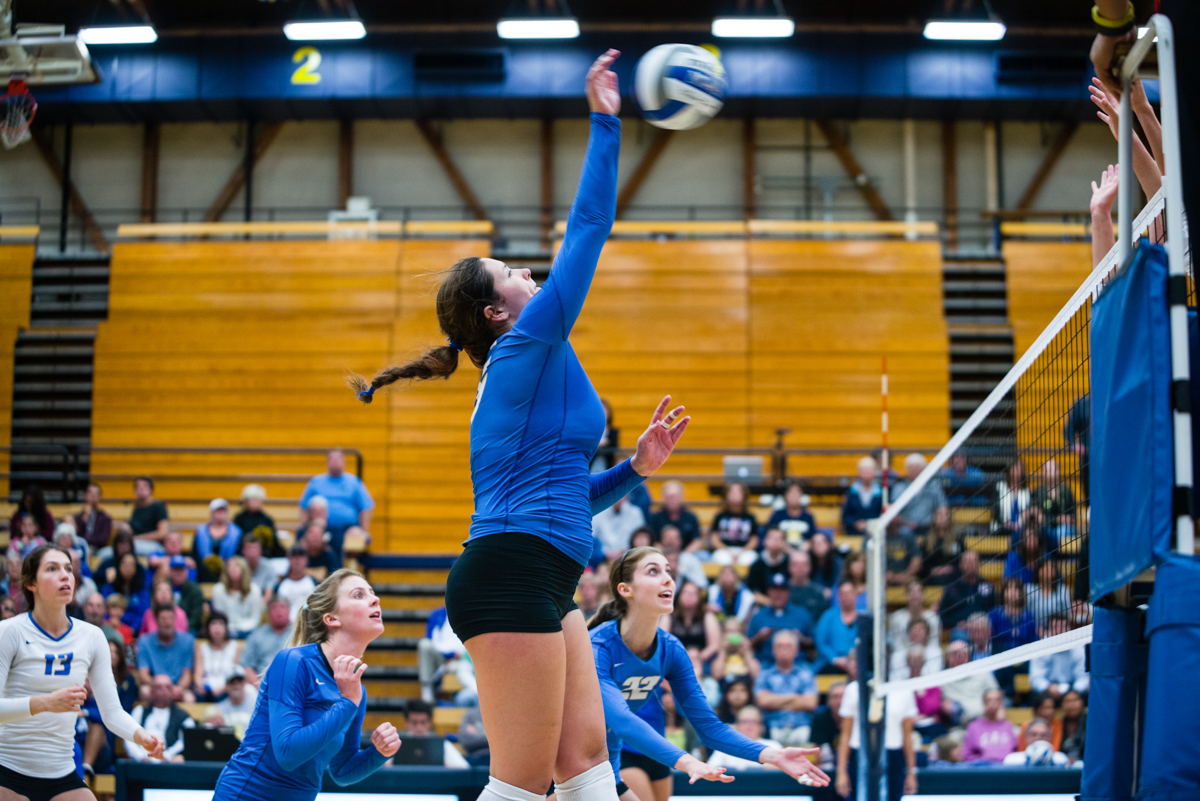 The UCSB women’s volleyball team is preparing to play third-place Hawaii on Friday for the second time this season, but this time on the team’s own court in the Thunderdome.

“I’m glad we’re back home, because we play very well at the Thunderdome, and I think we are going to be very energized and excited to play Hawaii,” Head Coach Nicole Lantagne Welch said. “We had a really good and close match for the most part the first time, and to have them at our place is a great opportunity.”

The last time these two teams met in October, UCSB traveled to Hawaii to play a 3-1 match that ultimately ended in a Gaucho loss.

The ‘Bows will bring junior middle blocker and league chart-topper Olivia Magil to the net on Friday, who is currently first in the conference for hitting percentage with a .422 average and blocks per set at 1.44.

Collectively, Hawaii is swinging for a higher overall hitting percentage than the Gauchos, as the ‘Bows come in at third in the Big West with a .244 average while UCSB falls at fifth, hitting for .200. The Rainbow Wahines are also currently leading the Big West in points per set at 17.9. The Gauchos record an average of 16 points per set, placing them in sixth.

Coming in offensively for UCSB is junior opposite Jaylen Villanueva, who currently leads the team in kills per set and total kills, averaging 2.61 a game with 232 total. Villanueva is followed by junior outside hitter Ali Barbeau, coming in with a 2.55 kills per set average and 227 total kills.

“We had some really long rallies with them the first time, and we need to find a way to put the ball away in those rallies,” Lantagne Welch said. “We’re working on finding more ways to get kills.”

Defensively for UCSB, sophomore outside hitter Ali Spindt continues to be a league-leader in digs per set, coming in at third in the Big West and averaging 4.22.

The Gauchos will play their rematch with the ‘Bows at 7:00 p.m. in the Thunderdome on Friday.

A version of this article appeared on page 8 of November 20, 2014’s print edition of the Daily Nexus.