The Daily Nexus
Water Polo
Playing for the Postseason
November 20, 2014 at 5:01 am by Edward Moss 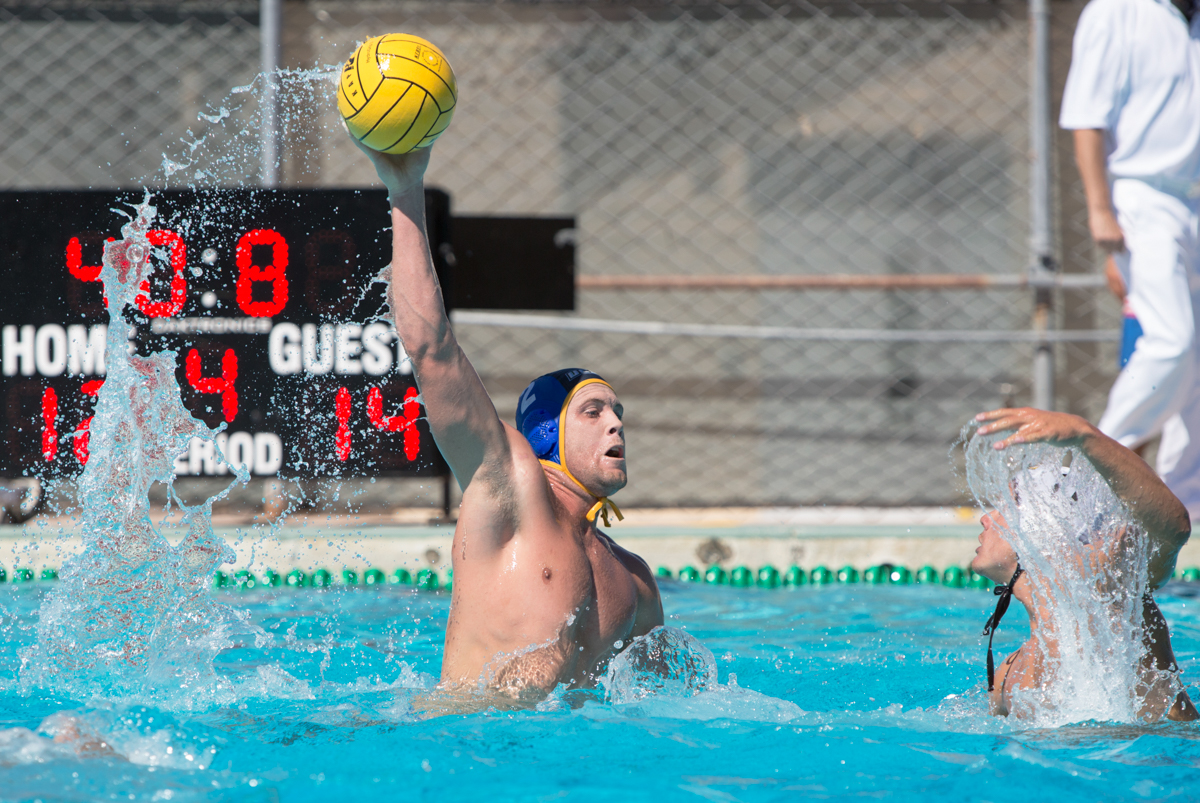 The No. 12 UCSB men’s water polo team’s season meets its climax this weekend, starting on Friday with a match against No. 7 Pacific in a play-in game for the end-of-season MPSF tournament.

The Gauchos enter tomorrow’s match on a nine-match losing streak which includes two losses to the Tigers. Santa Barbara finished the regular season with a 9-13 record and at 0-8 in conference play, placing them in last place. The No. 7 Tigers meanwhile own a 14-11 record and went 2-6 in conference play.

“It’s not gonna be hard to get pumped up for this game,” junior utility Chase Racich said. “It could be the last game for some guys on the team so we definitely are gonna be excited and ready to go.”

Pacific comes in as the No. 7 team in MPSF and has beaten the Gauchos in two of the three close matches these teams have played this year. UCSB took down the Tigers in their first matchup at the KAP7 Nor Cal Tournament by a score of 9-7, and the Tigers won the next two matches, both ending at 8-7.

Sophomore attacker Ben Stevenson leads the team with 52 goals in 24 matches, good for sixth in the MPSF. He will be joined on the attacking front by junior attacker Krisztian Laczkovics, freshman attacker Devon Thumwood and senior attacker Sean Grady. Laczkovics is second on the team with 40 goals while Thumwood tallied 28 and Grady scored 24 this season. Junior goalie Brady Moore has made 142 saves this season, averaging 9.40 saves per four quarters.

“It all comes down to us playing strong defense and stopping their attack,” senior goalie Chris Whitelegge said. “We made too many silly mistakes in previous losses and we paid for them, so if we play well on our part, I’m confident in our team.”

The Gauchos will lean heavily on attacker Shane Hauschild, who will need to perform to give his team a chance in this game. With 27 goals this season, the freshman leads the team in scoring.

Junior attacker Brendan McElroy has scored five goals in the last two games and will be expected to keep his hot streak going Friday morning. Racich and junior two-meters Samer Alkateb and Nick Jordan will be expected to handle important roles in the match as well.

The winner of Friday morning’s match will go on to play No. 1 seed UCLA at 3:00 p.m. the same day. The Bruins went 25-2 this season and had a perfect 8-0 record in conference matches. The team is carried by sophomore center Gordon Marshall and senior utility Cristiano Mirarchi.

UCLA has had a stellar defense this season, only allowing an MPSF-best 5.30 goals per game, anchored in the cage by Garrett Danner’s conference-best 6.05 goals-against average.

UCSB and Pacific battle to prolong their seasons starting at 8:30 a.m. Friday morning at CSULB.