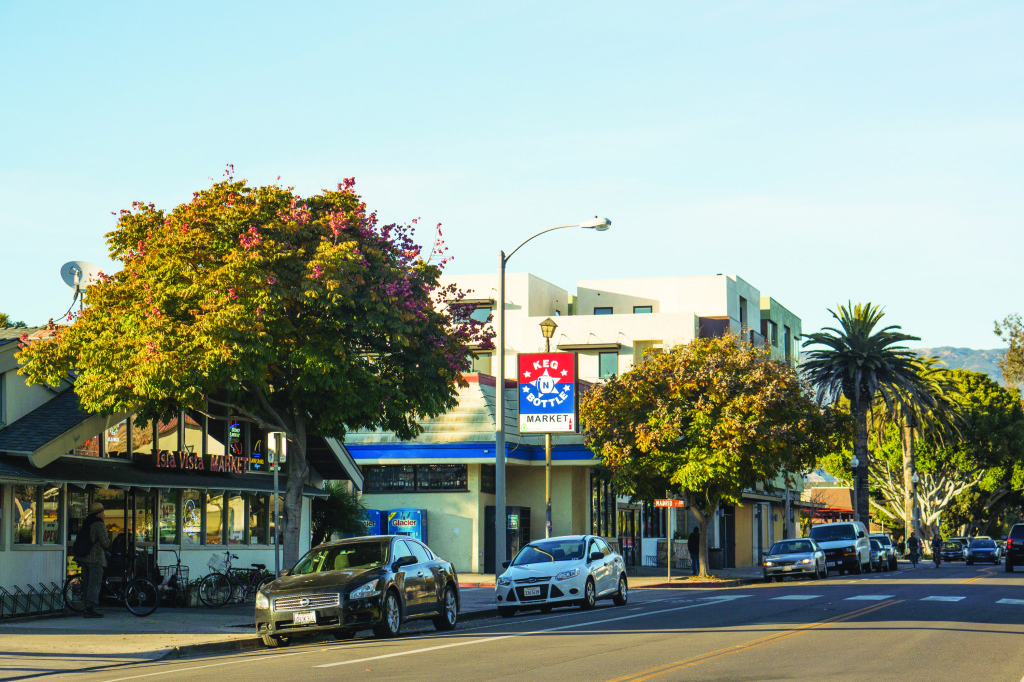 Schunk and Abboud hope to eventually see the creation of a Special Legislative District. Part of the drafting process for this law will involve I.V. community input. John Clow/Daily Nexus

The League of Women Voters of Santa Barbara hosted a community forum titled the “The Future of Isla Vista — An Ongoing Conversation” yesterday at the Louise Lowry Davis Center to discuss the recent findings and goals of a report released by the UCSB Foundation Trustees’ Advisory Committee, including efforts for self-governance and other proposed remedies for improving Isla Vista.

Schunk said the lack of a government body dedicated to managing I.V. remains a significant contributor to I.V.’s various problems, though there have been three different attempts to establish such bodies in 1972, 1975 and 1985.

“In 1972, there was actually legislation passed called the Isla Vista Campus Community Services District, however, that legislation was never voted into law, because the community felt incorporation was on the horizon. So why create a district when we are just going to be a city?’” Schunk said. “I think we can all see how that turned out.”

According to Schunk, establishing a special legislative district as a form of self-governance requires the approval of the Land Agency Formation Committee for Santa Barbara (LAFCO), who recommended the county assist in establishing the district. LAFCO, a state agency existing in every county in California, helps citizens, counties, cities and special districts work on issues concerning jurisdictional change.

“They told us to approach the legislation with this, as they would better be able to tailor-make a solution for you and would be better able to work with you on what you do and don’t want to see in that legislation,” Schunk said.

Schunk said the Special Legislative District would make governing decisions in I.V. such as approving additional taxes to operate the area as well as providing appropriate services for residents.

“One of the key things is that we didn’t want to instill a higher property tax on I.V.,” Schunk said. “We felt that that wouldn’t address the issue, so one of the key things that was proposed through the Special Legislative District was this idea of the users’ utility tax — that’s a scalable tax based on utility usage … What we were looking at there was also including a tax break for long-term residents.”

According to Schunk, he and others involved in the I.V. self-governance movement plan to continue holding community forums to gauge public opinion regarding resident preferences toward government in order to base their action on decisions made by local residents and students.

“What we will be doing is opening up community conversations,” Schunk said. “We will be running those for both the Spanish-speaking-only oriented style and then in an open-forum style … What we’ll be doing there is hoping to highlight common concerns that we see throughout the community and then bring those to the legislators so the conversation continues to happen.”

Schunk said he hopes to serve as a conduit from which I.V. residents can express their desires concerning self-governance.

“Now let’s say the entire community comes together and says we don’t want self-government,” Schunk said. “Well, then we put the brakes on it. We let our elected officials know.”

“We operate today 24 hours a day,” Gross said. “The aspects of public safety that we bring to the table, through our folks, is that there are partnerships with a number of good, collaborative efforts.”

The forum also debated the effects of the increasing student population in I.V. in connection with an alleged increase in crime and disturbances. According to Gross, I.V.’s party culture has taken on a destructive nature due to students’ irresponsible behavior.

“I.V. has taken a dramatic change over the years. Today the culture has changed,” Gross said. “It’s a collaborative effort between law enforcement and the UC, the County Fire Department and AMR, our medical ambulance provider, to deal with what happens as a result of the inappropriate behavior of kids that just don’t know better and haven’t learned life’s lessons yet.”

Fleming said the university has policies in place that inform parents if students face an alcohol- or drug-related arrest or citation and a campus disciplinary process for violations regarding acts of violence or stalking. According to Fleming, although there is no campus disciplinary process for alcohol- or drug-related crimes, the parent notification system might help to discourage criminal activity.

“We don’t currently have extension of our regulations that apply to students on campus for these kinds of things in Isla Vista,” Fleming said. “We do have extension of our jurisdiction for the more serious things like acts of violence, assault, sexual assault, hazing, stalking, domestic violence. Those kinds of more serious things we do hold our students accountable and take them through our conduct system.”

A version of this story appeared on page 3 of Thursday, November 20, 2014’s print edition of the Daily Nexus.