The Daily Nexus
Recipes
Finding a Meat-Free Medium
November 20, 2014 at 5:00 am by Marisa Ratchford

Converting to vegetarianism in the middle of my childhood in a meat-eating family caused some initial challenges during the holidays. Of course, I didn’t have to eat the turkey so my mom and I thought it would be no problem for a meat-free Thanksgiving. However, we forgot to take the liters of chicken broth and turkey stock it took to prepare a traditional feast into consideration, especially in the stuffing, the gravy, even the green bean casserole and the yams with the wretched gelatin marshmallows on top. At that rate, all I would have were some mashed potatoes and a salad — so much for a feast.

We devised a plan to make sure that by the end of our turkey day feast, I would lapse into a food coma acceptable by holiday standards. To keep the budget small, as most people strive for, we only made a few changes to the dishes. Vegetable broth is an ingenious cooking tool to make most things “veg” friendly. By simply replacing all the poultry-based stock with low-sodium vegetable broth, we cured the stuffing and the green bean casserole.

Next, it was on to a gravy. Normally made with turkey fat and some flour, the traditional gravy had to go. What better to replace the meaty flavor of the turkey fat than some hearty mushrooms? We found a recipe for the tastiest mushroom gravy out there. If you want to skip the make-your-own gravy process, Heinz makes a pretty delectable mushroom gravy as well.

So by this point we had created animal-friendly gravy, stuffing and a green bean casserole. All that was left was the yams. If anyone grew up with marshmallow topped sweet potatoes, I want to formally sympathize with you and your misfortunes. Luckily, making the yams vegetarian safe was our sneaky way of getting rid of my grandma’s outdated recipe. As we looked online, we came across a recipe that twice baked their mashed yams and coated them with pecans. Can I get an amen? Absolutely delicious!

To call my Thanksgiving unconventional might be a reach. I still have all the fixings of a standard turkey day dinner, and there is even still a turkey on the table, which I avoid ardently, but my family is able to find a happy medium between the meat-lovers and the veg-heads. We’ve come together in a compromising and happy way, which is what I think the holidays are all about: uniting in spite of differences and enjoying each other’s company. 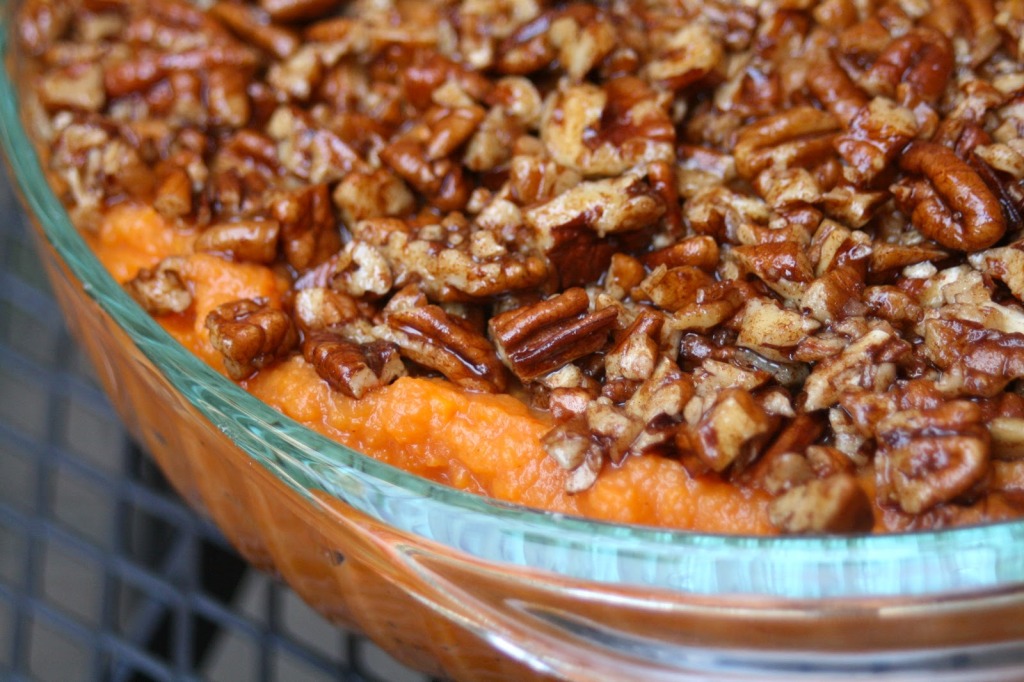 Roast the potatoes thoroughly. Peel the skins off afterwards. Add the nutmeg, brown sugar and butter and mash. Place in a glass dish and coat the top with pecans. Bake for 15 minutes at 350 degrees. 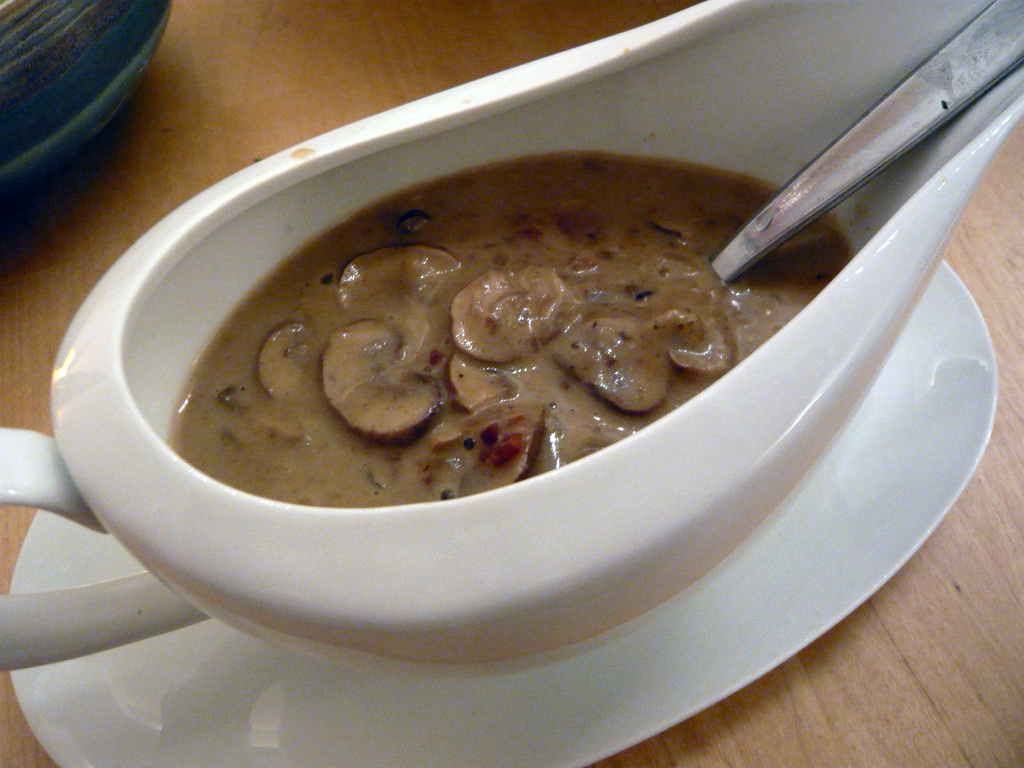 Trim stems and thinly slice the Cremini mushrooms. Brown mushrooms and shallots in butter about five minutes. Reduce heat to medium and add flour to thicken. Simmer in Marsala wine scraping any burnt parts into the mixture then slowly pour in the vegetable broth and whisk until smooth, bring to a boil and stir occasionally (about two minutes). Remove from heat and finish with heavy cream to get the right texture. Add salt and pepper to taste.

This story originally appeared on page 13 of November 20, 2014’s print edition of the Daily Nexus.