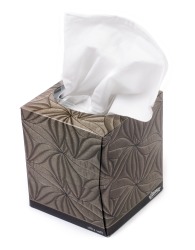 It is 10 a.m. on a Monday, and you are back at Campbell Hall listening to your anthropology professor go off on yet another tangent. While simultaneously fighting your drooping eyelids and dreaming about warm, toasted bagels, a distinctive sound pricks your ears. A lone person in the distance behind you starts to cough. Initially it is white noise, bound to happen in a lecture hall that holds upwards of 800 people, but that lone person is the start of a chorus. Suddenly, another person coughs diagonally from you two rows down, then another and another, until finally, to your absolute horror, coughs propel forth from the lips of the people sitting on either side of you. Surrounded on all sides, a solemn realization confirms what you already know: Winter Cold season is coming.

I think I can speak for everyone when I say no one wants to get sick. However with people becoming the host bodies of the common cold left and right, the mob mentality of sick shaming has been on the rise.

Popular social media outlets like Yik Yak have been bombarded with a plethora of sick shaming. Exhibit A (has been paraphrased): “Fuck you patient zero of the Gaucho virus.” Or milder forms, like exhibits B & C (again paraphrased): “You are coughing your lungs out. Go home,” and “Why is everyone coughing?!? Stay far far away.”

People, the sick shaming must stop. With a student body population of approximately 22,000 people, we are a breeding ground for illness. Unless you have an exceptionally super immune system, every single one of us is bound to get sick multiple times throughout our educational pursuits at UCSB. There is no use in ostracizing others just because they succumbed before you did. As Gauchos, we pride ourselves in an extraordinary sense of community, and with something as relatable as sickness, I think we could all be a little more understanding and compassionate. Create your own #gauchoback moment by sparing a tissue and sharing your cough drops! I know we will all come out Gaucho-stronger in the end.

Pia Delosreyes is tired of getting the stink eye for being sick — she already feels bad enough!

Views expressed on the Opinion page do not necessarily reflect those of the Daily Nexus or UCSB.
Opinions are submitted primarily by students.

Stop shame shaming. Shame is how we discourage antisocial behavior. Sometimes the shaming is antisocial itself and should be discouraged, but sometimes it’s important. If you come to class half-dead and cough on my neck, I’m going to make you feel like shit and you will deserve it.

Pia, let’s extend your thought to adult life where we’re all employed, one would presume, to make a living so we’re not a burden to society. The point here is the analysis of this situation. If the “one” who IS sick takes care of the problem and stays home until well, then the “one” has assured they are indeed the “one” with the disease or at least that most others are not infected. They have, to the best of their ability, stopped their “vein” of transmission of the disease to other humans. If, on the other hand, the “one” decides… Read more »