The Daily Nexus
Water Polo
UCSB Goes Winless in Conference After Loss at Irvine
November 17, 2014 at 5:00 am by Edward Moss 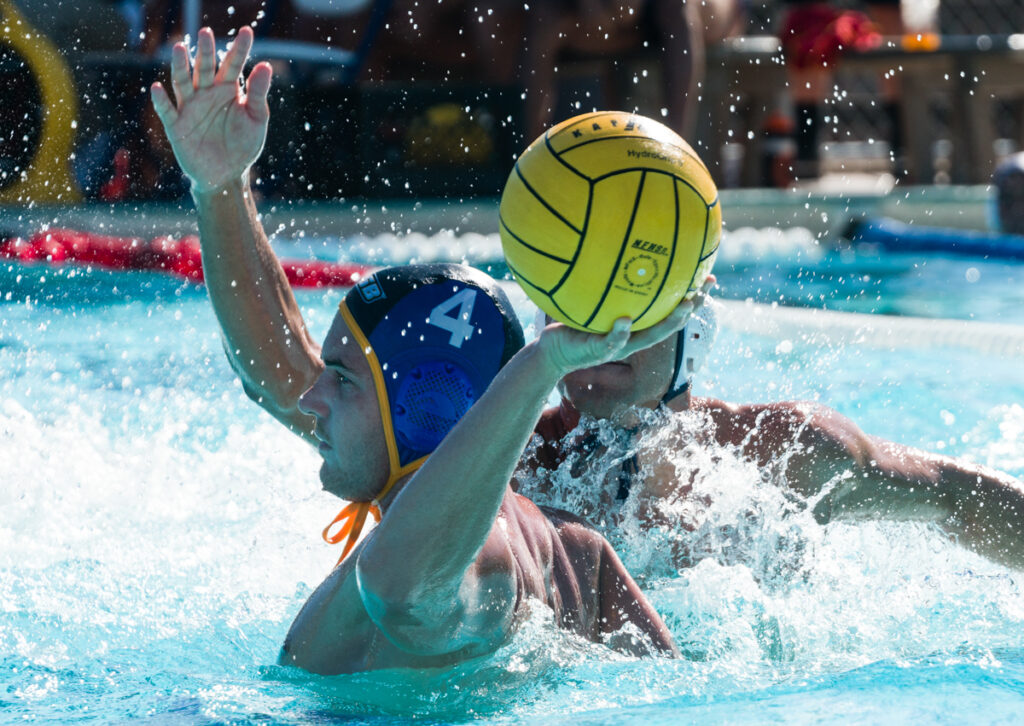 The No. 10 UCSB men’s water polo team lost its ninth straight game to end the regular season on Saturday against No. 12 UC Irvine, 9-6.

The loss drops Santa Barbara to 9-13 overall and 0-8 in conference play, while the Anteaters finish their regular season at 15-11 overall and 2-6 in conference play. The loss puts UCSB at the bottom of the MPSF league standings. The Gauchos will have an opportunity to get into the conference tournament that begins this week with a play-in match on Friday morning.

“It was a disappointing loss,” junior goalie Chris Whitelegge said. “We kept it close, but in the end our offense just couldn’t pull through.”

The match began with two quick scores by the Anteaters. The Gauchos then fought back with two goals of their own from junior attacker Kevin Cappon and junior 2-meter Samer Alkateb. The first period ended with UCI up 3-2 after a goal from freshman utility Matt Skinner, his second of the game.

“We didn’t communicate enough,” Whitelegge said. “There were times when it was really quiet in the water and not everyone was on the same page. This makes it easier to make mistakes and be in the wrong place on defense, ultimately leading to the other team getting better shots on goal.”

The match was close throughout, as the Anteaters and Gauchos traded goals back and forth until UCSB’s junior attacker Bryan Snyder scored two consecutive goals to tie the game at 5-5. With his two goals on Saturday, he has scored five goals in the last two matches. The Anteaters stole a late goal with 10 seconds left in the third quarter from freshman utility Ryan Warde, sending them into the final period up 6-5.

Irvine added to its lead with a goal in the first minute of the fourth quarter to go up by two. UCSB was able to pull a goal back with 3:55 left on a shot from the 2-meter position by junior Cameron Yates. Down by one, the Gauchos clawed to get one more goal to tie the game, but they could not get a shot past freshman goalie Byron Rivers who made 11 saves on the day.

“Nothing seemed to be falling our way,” freshman attacker Shane Hauschild said. “We were always one goal behind or tied but we couldn’t get ahead. It was really frustrating.”

The Anteaters continued to push and scored two more goals in the remaining minutes as the Gauchos took chances to try to get one last critical goal. The game ended 9-6 for a disheartening loss to end the regular season for UCSB. Irvine kept Hauschild and starting 2-meter Nicholas Jordan off the scoreboard and limited efforts overall.

The problem for the Gauchos overall was that they made too many mistakes on offense, which led to odd-man attacks for the Anteaters and more goal-scoring opportunities.

“It’s been an up-and-down season overall,” Hauschild said. “We started off really well … but once league started we’ve been in a huge slump.”

The loss puts UCSB at the bottom of the MPSF league standings with its 0-8 record in conference game.

The Gauchos play their play-in match at 8:30 a.m. on Friday.