The Daily Nexus
Sports
UCSB Gets Fresh Start in Nevada
November 14, 2014 at 5:00 am by Michael Jorgenson 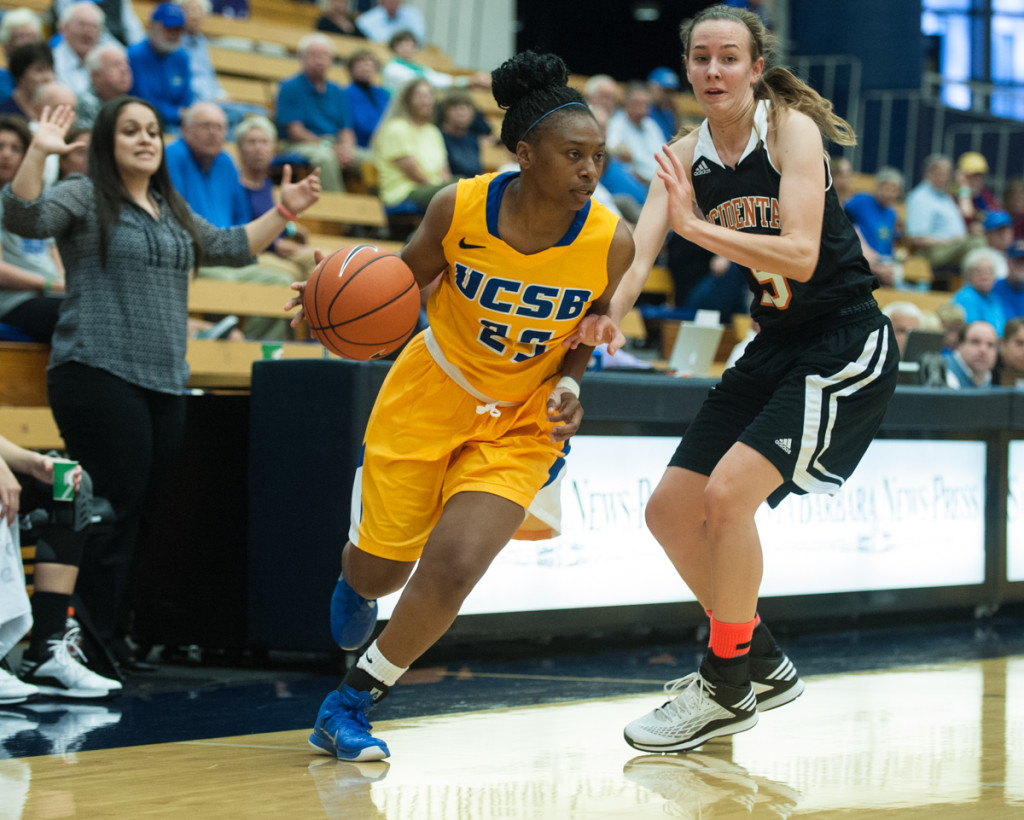 The UCSB women’s basketball team is set to open up its season tonight on the road against Nevada.

Heading into their season opener, the Gauchos’ most pressing questions will revolve around replacing a huge portion of their scoring from last season, with Nicole Nesbit, Melissa Zornig, and Destini Mason now gone from the team. The three graduated senior guards take with them a huge contribution of 41.3 points per game, nearly two-thirds of the team’s offensive production.

The frontcourt duo of senior center Clair Watkins and freshman small forward Taylor Farris should be a focal point for UCSB going up against a challenging Nevada frontline. Both players are coming off double-doubles in the team’s exhibition match against Occidental last Sunday. Watkins tallied a relatively easy 15 points and 12 rebounds in the Gauchos’ 64-30 blowout win, while Farris added 12 and 10 in her UCSB debut.

A rebounding line of 67-31 bodes well for Santa Barbara heading into its season opener, where it will face two of the Mountain West’s top rebounders from last year.

Entering the game with Nevada, the Gauchos will have their hands full going up against the defending Mountain West Co-Defensive Player of the Year in center Mimi Mungedi. The Wolf Pack’s 6’8″ senior is coming off a year where she set the Nevada single-season blocking record on the defensive end while also tying for the conference lead in field goal percentage.

Backing Mungedi will be returning starters in forward Emily Burns and junior guard T Moe. Burns, who begins her senior year already in the top-10 all-time in blocks at her school, was ranked in the top-15 in rebounding in her conference last season. Moe will look to fill the shoes of former starting point guard Arielle Wideman, already having proven herself as one of the team’s top offensive threats with an average of 10.9 points per game last season

The departure of Wideman, along with guard Danika Sharp, leaves a huge void on the offensive side for Nevada similar to that of UCSB, with both of these graduated seniors being all-conference selections last year. The Wolf Pack will need someone to step up offensively without 39% of their offensive production from last season.

Nevada carries a lot of momentum into this season after an impressive 2013-14 campaign. After a preseason poll predicted the Wolf Pack to finish 10th in the conference, Nevada proved the voters wrong by going 12-6 in conference play to finish in third place. It is also coming off a decisive 74-51 win in an exhibition against the Academy of Art in which it held its opponent to just 24% shooting.

Meanwhile, the Gauchos are looking for a fresh start after a disappointing season in which they went just 8-22 overall and 3-13 in Big West play. They will look to end a five-game losing streak against Nevada.