The Daily Nexus
Music
Vibing with Kanye’s Newest Protégé: Theophilus London Comes Out with Album
November 13, 2014 at 7:07 am by Frank Horne 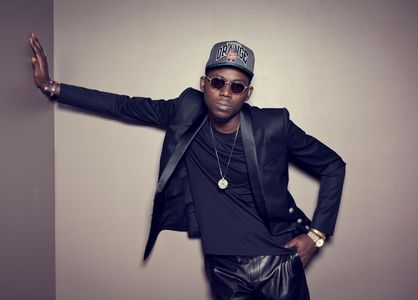 You might not know who Theophilus (thee-off-ill-iss) London is, but Kanye West does. It’s hard to pin down the Brooklyn-raised crooner in any one category; he’s not a rapper despite his hip-hop sensibilities, and his music is too confident in its modernity to sit comfortably in the sphere of R&B. His genre-bending sound defies that sort of confinement. Instead, London’s music exists in a groovy limbo of its own creation, blending the soul of 80s slow jams, today’s bold hip hop production and the hypnotic beats of stuff your parents danced their asses off to at the clubs of their youth.

London’s appropriation of these and other countless influences in his music has garnered him a lot of attention since 2011, when he dropped his first EP, Lovers Holiday. But despite being hailed as both a musical wunderkind and (because of his unique and bold sense of style) a fashion icon for years now, London has managed to remain bubbling just beneath the mainstream.

But when Kanye West raises the banner for something, people pay attention. Mr. West did more than give London a shoutout though; he holds an executive producer’s credit on Vibes, London’s newly released second studio album, and drops a verse on the track “Can’t Stop.” In addition to Yeezy’s support, Vibes features a photo on its cover of London snapped by legendary fashion designer Karl Lagerfeld of Chanel and Fendi, who also emblazons the cover with a handwritten title. London proves that this attention is well-deserved in the album, the full realization of his personal vibe. The album is crafted expertly from beginning to end, a brave collection of intergenerational toe-tappers that deserves a firm place in the fabric of today’s musical landscape.

The first track of Vibes opens up with a bumping baseline and an old-school beat featuring production from R&B legend Leon Ware. London sings a simple refrain of “Water me and I will grow” with angelic ooh’s and aah’s floating in the air. Throughout the song and recurring in the album, a woman chants “vibes” in an alluring voice, easing us into a smooth listening experience.

Here London filters his voice through a layer of old-school techno over a beat that sounds like the soundtrack to a really hard level of an SNES game about shooting stuff in the future.

In “Take and Look,” London’s voice comes to us as if it’s echoing across a galaxy, and the quick, ecstatic layers of the beat flit over the heavy synths. A groovy, “vibes”-laden outro fades the track out, cleansing the palette for the next jam.

Ye’s feature on this track lends itself to a lot of hype, and the strong song definitely stacks up to expectations. London serenades listeners, crooning and snapping, promising that we “Can’t stop my love.” West hops in to drop a classic verse, which, to use his own words, is indeed “Ralph, though.” After London stands strong next to a self-proclaimed god with a verse of his own, the track builds up to a crescendo chorus of voices, violins and hip hop beats before letting the production slow down and finish as a quiet reflection of its own fortitude.

This track opens up with high-energy jungle drums, eventually giving way to powerful church-organ synths before starting over again. London’s voice is high-energy throughout, and his sporadic shouts combine with the beat to make a funky track reminiscent of Prince.

Sounding like aliens doing jazzercise, “Heartbreaker” has an interesting breakdown where every layer talks over each other at once, which is really cool.

Here, London recounts the saga of a night spent with a girl who told him that “she only do girls,” allowing his rapper’s bravado to take center stage. His boasts come over a sick layer of what sounds like the bones of a Bollywood finale mixed with some angry teenagers hitting guitars in a basement.

“Tribe” is the lead single of the album, a privilege that it deserves. The beat wastes no time getting started, a giant manufacturing machine going at work. Then the chorus opens up and our ears get a glimpse of the raw energy that the machine is running on, paired with Jesse Boykins III’s emotion-filled belting. It rocks.

London syncs his voice up in harmony with French singer Soko’s in this laidback interlude about the all-important relationship between good girls and bad boys.

This track is, in a word, irie. It features bouncing drums and tropical island sounds that beg to be chilled out to.

“Need Somebody” is a head-bobber. Once again featuring the funky production of Leon Ware, everything from the happy energy of synth-y trumpet beats to the slow R&B breakdown sends us into the era of campy 80s music videos. The background dialogue of some girl complaining that “this Uber is taking forever” brings us back, reminding us that this song, and this album, is something that comes from and exists in a modern context. And that makes it all the more compelling.

London rounds out the album with a true R&B jam that comes straight from the cassette player of a convertible cruising a boulevard beneath the orange glow of streetlights. London peppers the track with some frank rapping, and shouts out his collaborators.

Overall, Vibes delivers what its title promises. London takes us on a journey through different moods, attitudes and eras in one cohesive package. The album is the deft melding of influences as varied as the emotions, the synthesis of sounds from pasts, presents and futures into something perennial. Vibes is an album my mom and my friends will like. I’ll be vibing with Theophilus London for a long time.