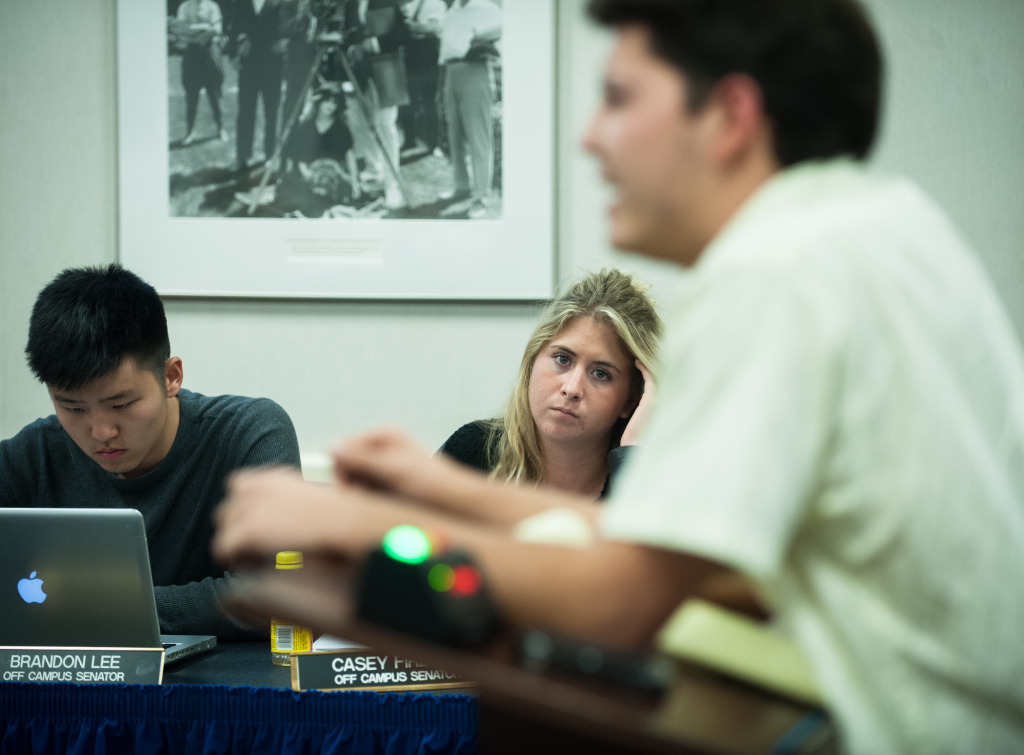 Members of the Student Commission on Racial Equality (S.C.O.R.E.) were in attendance during public forum of the Associated Students Senate meeting last night to combat a bill that would reduce S.C.O.R.E.’s decision-making authority regarding the planning of the Student of Color Conference (S.O.C.C.), shifting authority instead to the External Vice President for Statewide Affairs.

S.C.O.R.E. is a campus organization that advocates for the rights for students of color and other underrepresented communities, and S.O.C.C. is a UC Students Association conference held this past weekend at UC Merced in which students discuss, among other topics, issues surrounding race. The controversial bill will be headed to the External Affairs Committee meeting tomorrow night to be voted on.

“First of all, it’s my understanding that it would be pulled out of S.C.O.R.E.’S jurisdiction to organize and put into the EVPSA’s,” Bettencourt said. “I believe that this is wrong because S.C.O.R.E. has historically organized the Student of Color Conference delegation.”

Third-year psychology and global studies major and S.C.O.R.E. member Leilani Riahi said the commission has always served minority students and that putting power in the hands of a non-minority would be detrimental to the students of color community.

“The people in S.C.O.R.E. have always been there to serve this one purpose,” Riahi said. “They’re doing it for others. I know these people, I’ve seen them, worked with them to be elected to this space. You have to have communities of color in mind. Always. We’re already so marginalized, we already don’t have enough power in these fucking institutions, and to institutionalize racism … just give us this conference.”

Bettencourt also said there was a lack of diversity on campus and that it is important to keep the power within the S.C.O.R.E. to compensate for the imbalance.

“I believe our school has the least diversity of any other school and because of that, it is more necessary and pertinent than ever that the Student Commission on Racial Equality continues to organize this,” Bettencourt said. “I believe that this Student of Color Conference falls directly under the mission of S.C.O.R.E. which is to educate people about the issues that affects students of color and to organize around those issues.” 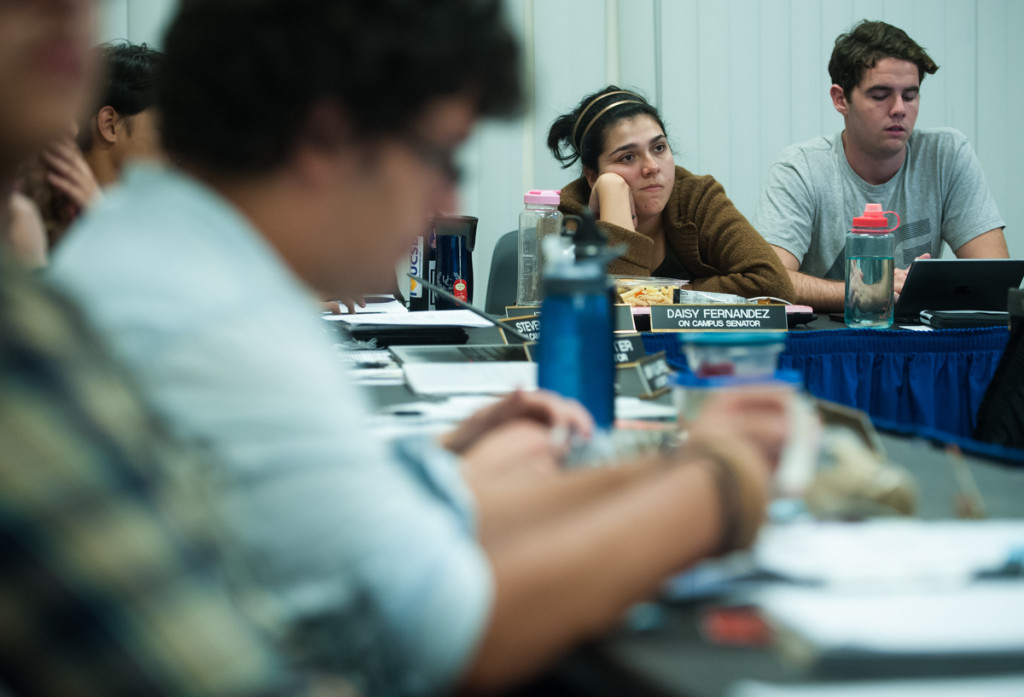 Second year pre-biology major and S.C.O.R.E. diversity educator Kyron Covington said it is essential that students of color organize S.O.C.C attendance and quoted Malcolm X, stating that “only a fool would let his enemy teach his children.”

“I’m here to condemn the proposed bill to take S.O.C.C away from S.C.O.R.E. because I would be a fool to let it happen,” Covington said. “For people that are new to these issues or ideas of social justice and problems that affect my community, I won’t let anyone else teach them because I know my community best. S.O.C.C. is organized by students of color because we would be fools otherwise.”

Second-year sociology major Anumita Kaur said that if the bill is passed and the committee created to choose S.C.O.R.E attendees is occupied by Caucasian students, it would contradict the purpose of S.C.O.R.E and their conference.

“This five person committee y’all are suggesting could be all white, besides these S.C.O.R.E. co-chairs,” Kaur said. “It’s never acceptable for a majority white board to organize who gets to go to the Students of Color Conference.”

EVPSA Melvin Singh said he is not in favor of this bill, at least not in the current language it is written in.

“I think the conference bill, the language needs to be clarified,” Singh said. “I think people are getting the misconception that I for some reason want to take over these conferences, that’s not what’s happening. I’m personally opposed to anything that takes power from any AS entities, like that’s not what I envision that bill to be.”