The Daily Nexus
Music
On the Prowl for a Ripe Sound ft. Tennis and Solange Knowles
November 13, 2014 at 7:13 am by Kelsey Tang 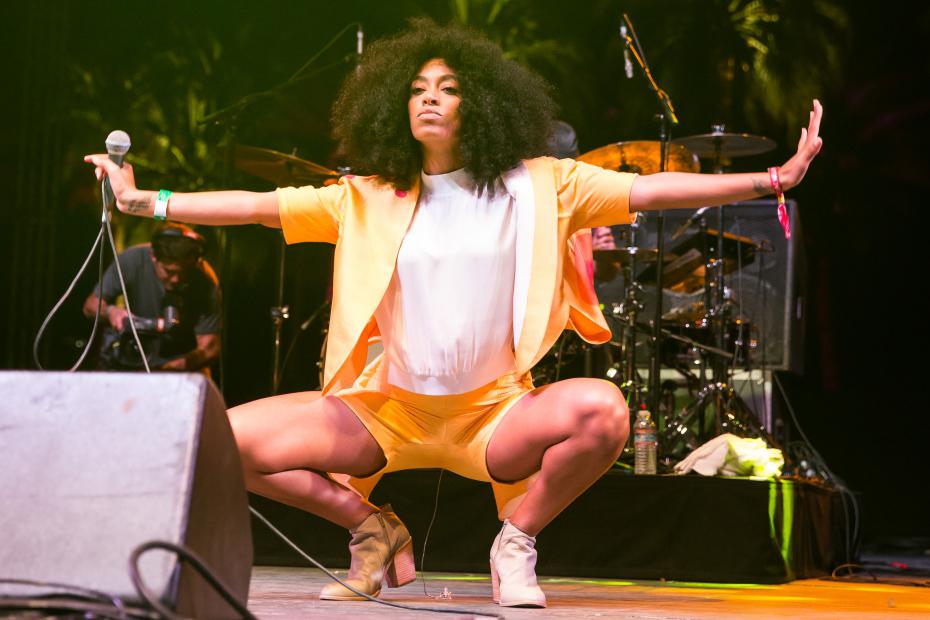 There’s an exclusive thrill that comes with discovering obscure artists with a fresh and ripe sound. It provides a vital break from mainstream music. As appealing as Nicki Minaj’s anthems and Sam Smith’s ballads are, an unfamiliar and new voice sounds too tempting to neglect. Below are two examples of popular artists — who have recently won the hearts of a devoted fanbase — and their lesser-known, just as impressive counterparts.

Imagine grown folks donning the finest golden threads and powdered wigs. Imagine crystal chandeliers and long tables set with champagne flutes, intricate porcelain and ornate centerpieces. Now fix that image onto a beach with the backdrop of seagulls flying against a pastel sky. That’s Vampire Weekend. Their sound is preppy and balmy, yet grand and lush. With a notable discography of three albums all certified Gold and a handful of awards to supplement their career, Vampire Weekend has proven themselves worthy for an audience that demands smart music.

That same audience should straighten their argyle sweater vests and mellow out for something sweeter and softer. Husband-and-wife duo, Tennis, boasts a simple name, but their tunes burst dreamy and silvery melodies. The indie-pop group single “Origins” attained mild success in TV shows such as “Once Upon a Time” and “Grey’s Anatomy.” Based in Denver, Tennis has yet to expand to a larger audience appreciative of music similar to Vampire Weekend’s.

Fans of Vampire Weekend will melt to Tennis’s sophisticated, beachy sound. For those looking to loosen up the buttons of their polo shirts, check out the band’s sophomore album, Young & Old. The tracks touch on themes of loneliness and yearning in a stylish, lax manner, and Vampire Weekend clearly reflects a similar refined tone with their music. However, Tennis still exhibits distinctions from Vampire Weekend. Lead vocalist Alaina Moore sings with a delicate indifference, while Ezra Koenig of Vampire Weekend croons playfully and impishly. Pair the two bands together into a shuffled playlist, and soak up the sun while enjoying your cup of Earl Grey.

For those familiar with the dynamicity of Childish Gambino’s music, let’s concentrate on his most recent releases, Because the Internet and STN MTN/KAUAI. His music is undeniably an offbeat and progressive subgenre of hip-hop, intended to be listened to cohesively as a whole album rather than individually. Childish Gambino has released unconventional tracks that occasionally feature up to three distinct beats, but this method has attracted a loyal fanbase intrigued by his fickle music. Exhibiting two studio albums and a wide collection of mixtapes, this seasoned artist continues to fuse experimental sounds, such as rich trumpets and aggressive vocals, into the changing scene of hip-hop.

Solange Knowles, a rising neo-soul artist, has proved eccentric enough to complement Childish Gambino’s style. Involved in the music industry since 2002, Knowles has honed her sound to resemble a funky, invigorating 80s track with a modern edge. Her extended play, True, features invigorating percussions accompanied by dark lyrics. Listeners will find common themes of aggression and anguish exhibited by both artists. As Childish Gambino vents his frustrations on love through his music, Knowles also illustrates her desperate encounters with love.

Despite the shared similarities, Knowles still distinguishes herself from Childish Gambino’s eccentricity. The melodies are erratic and the lyrics forlorn, perfectly capturing Knowles’s mood and inviting the listeners to empathize. Knowles creates a world scattered with geometric shapes and painted with bright colors. Those that eat up Childish Gambino’s spirited verses set to a heavy beat will find composure in Knowles’s girlish vocals blended with minimal beats. Joining the two artists into one playlist will induce a dazzling, kaleidoscopic vision.

Although the familiarity of known artists and lyrics fulfills our expectations, the novelty of music by new artists holds no equal comparison. Expand your music library and keep your ears alert. Your new favorite artist is just one click away.