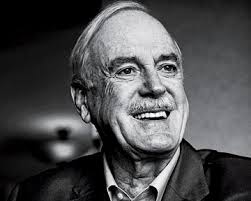 He is the John Lennon of comedy, and it isn’t just because they both have John for a first name. One of Britain’s most treasured filmmakers, the Black Knight sans limbs is coming to Santa Barbara as part of UCSB Arts & Lectures. And if you don’t know his name, feel free to emerge from whatever rock you have been hiding under for the past forty years.

A graduate of Cambridge University, John Cleese’s future as a comedy god began on the show “How to Irritate People”, a sketch-driven program in which he worked with future Pythons Graham Chapman (rest in peace, you drunk, bloody genius), Michael Palin and Connie Booth, his first wife.  Afterward, Cleese went along a more surreal and less conventional route of comedy, founding the Monty Python comedy troupe along with Palin, Chapman, Eric Idle, Terry Jones and Terry Gilliam.  Cleese and Chapman often collaborated to write some of the show’s more famous sketches, including “Dead Parrot,” widely considered to be one of the funniest sketches ever written. Although Cleese left the show in its final season, he still went on to collaborate with the group for their subsequent feature films (Holy Grail, Life of Brian) and beyond.

After Python, the comedic genius gained even more fame when he created the television series “Fawlty Towers” which he developed with costar Booth. “Fawlty Towers” explores the life of a seemingly cultured, but extremely rude man who has to put up with his controlling wife, his sometimes inept staff and the eccentric guests he provides lodging to. Cleese’s role as the manager Basil Fawlty — based on a real manager who mistreated the Pythons when they stayed in his hotel — has proven to be one of his most memorable roles, and the show itself has gone down in history as one of the funniest comedies ever made.

After “Towers” and “Python,” Cleese and Palin reunited for the film A Fish Called Wanda, which Cleese co-directed, wrote and starred in alongside Jamie Lee Curtis.  In addition to being a huge success both critically and financially, the film was so funny it actually killed a Danish man who laughed himself to death watching it. The English comedian also appeared in two James Bond movies as Q, the man responsible for providing Bond with fancy gadgetry, as well as R. Additionally, he voiced Fiona’s father in the latter three Shrek films.

John Cleese lives with his current wife Jennifer Wade at his home in Bath, England.  He is a member of the Liberal Democratic party and has a fetish … ahem, admiration for lemurs. He also holds the distinction for being the first man in England to say “fuck” at a memorial service; the service in question was for fellow Python Graham Chapman.

You can see Cleese at the Granada Theater Nov. 19, with tickets available to purchase on the Arts & Lectures website for $16.